A fruit vendor who was robbed and then brutally beaten while getting ready to sell his wares in South Los Angeles on Sunday morning is recovering from horrific injuries.

Two cars pulled up to Pedro Daniel Reyes before seven people got out and demanded money from him.

Although two other people were also injured in the attack, Reyes was the most seriously hurt as he tried to run from robbers according to Lt. David Krumer of the Los Angeles Police Department who told KTLA.

A street vendor was beaten while preparing to sell fruit in South Los Angeles on Sunday morning, according to a GoFundMe page set up by his stepson

Authorities are now reviewing surveillance footage from nearby businesses around South San Pedro Street and East 31st Street that captured the crime and may potentially reveal more detail including the type of car involved.

Detectives who reviewed the video said the investigation is ongoing and have not determined a motive for the attack.

Although Reyes handed the robbers his money, ‘they still brutally beat him,’ the GoFundMe page states.

Reyes’ face was fractured, his jaw was broken, his throat was cut and several of his teeth were knocked his stepson wrote.

‘Makes no sense. If they wanted the money. They got the money. Why did they have to go and beat him almost senseless?,’ the stepson asked. 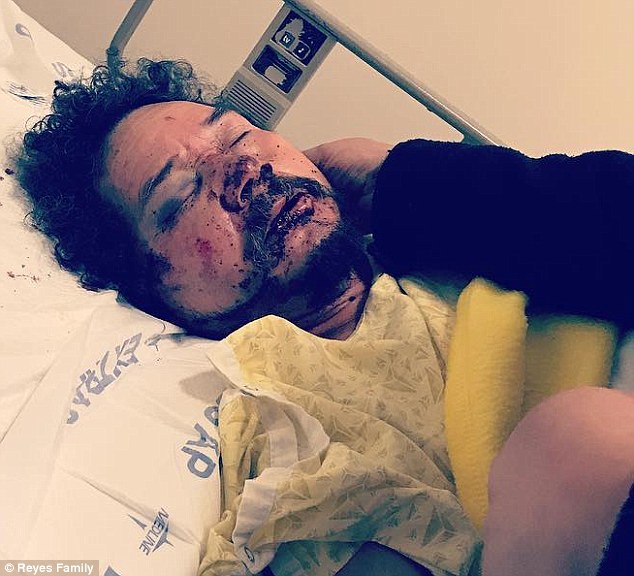 Reyes gave the robbers his money, ‘but they still brutally beat him,’ the GoFundMe page states

‘For somebody so warmhearted and charismatic to be going through this is …it’s tragic,’ he said.

‘I am also working with local organizations and activists to bring awareness to the injustices minorities face, especially those with illegal status. We are hopeful that this horrible event will bring about change at the policy level to protect our people,’ the stepson wrote online.

Police have recently received footage of the attack, and are hopeful that the suspects will be apprehended.

Reyes, a 54-year-old Oaxaca native, works seven days a week as a roofer and is a peanut and fruit vendor on Sundays.

His family have been told that his recovery could take up to six months and he may have to be fed through a straw after his jaw is shut. He does not have medical insurance. 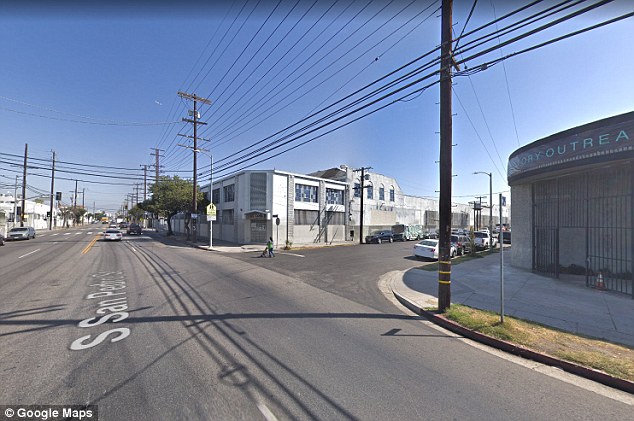 ‘They basically said his entire face was fractured,’ said the stepson to CBS LA. ‘All over his face. His eyes are completely, one of them is completely shut and super swollen. The other one he could kind of open it. He did have three of his teeth knocked out.’

Reyes’ family is hoping for justice and help with medical expenses during his recovery and the GoFundMe page has managed to raise $105,000 in just 36 hours.

From his hospital bed, Reyes said in Spanish that he was thankful for the people who have donated, saying they have ‘good hearts,’ a video provided by his stepson showed.

‘Pedro and our family are just overwhelmed by the outpour of love and support we have receiving over the last 24 hours. Pedro has been cleared for surgery for this afternoon. Please keep him in your prayers,’ the family said in a statement early on Tuesday morning.