The New Jersey couple facing 10 years in prison for raising more than $400,000 in a crowdfunding scam meant to go toward bettering the life of a homeless man have broken up.

Katelyn McClure’s lawyer on Friday revealed the pair had parted ways with her accusing ex-boyfriend Mark D’Amico of taking advantage of her when they both used the story of Johnny Bobbitt, 34, win the affections and funds of donors.

‘They are not living together anymore and she’s not taking his calls,’ attorney James Gerrow told Fox 29. In response to whether McClure believes D’Amico betrayed her, the legal rep said there was ‘no question about that’. 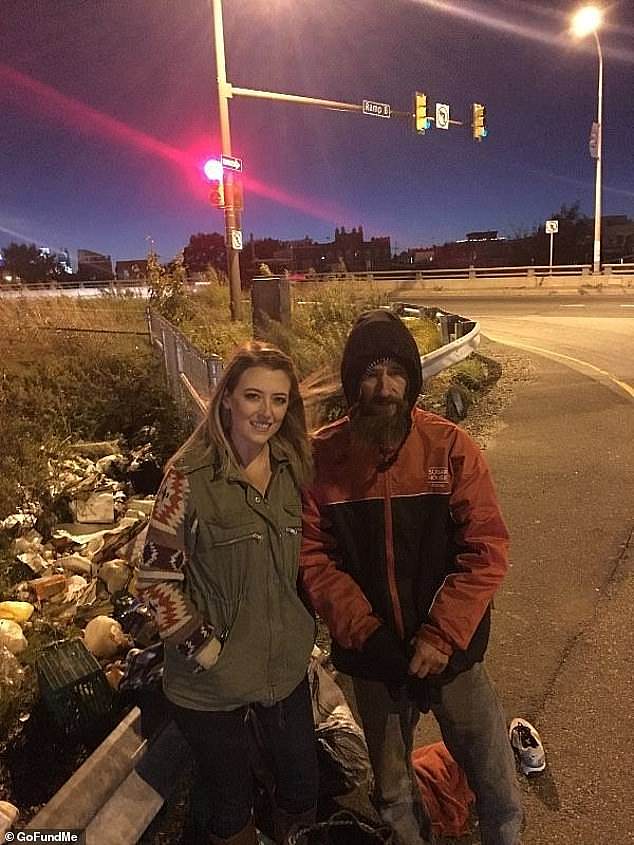 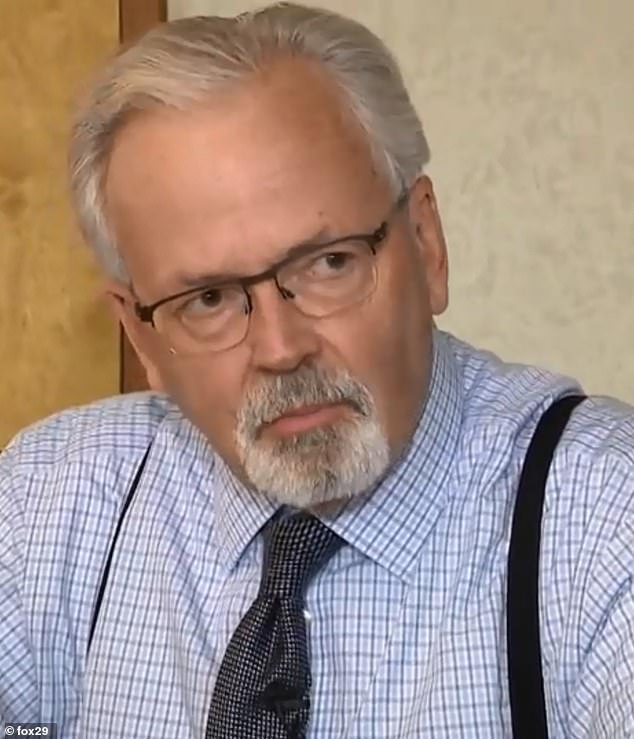 Attorney James Gerrow said Friday: ‘They are not living together anymore and she’s not taking his calls.’

It was based on the feel-good tale of a homeless military veteran using his last $20 to help McClure buy gas after she allegedly became stranded on a highway in Philadelphia.

Bobbitt, who is originally from North Carolina but had been sleeping rough under the I-95 bridge in north Philadelphia.

It all went wrong for the trio when Bobbitt filed a civil case against the couple, which has been put on hold until December while an investigation into potential criminal proceedings related to the raised money plays out, DailyMailTV learned.

In the civil suit, Bobbitt says they used the account as a ‘personal piggy bank’ to ‘fund a lifestyle they could not otherwise afford’.  It led to authorities searching the couple’s home in September and finding lavish belongings.

But the entire story – including Bobbitt’s innocence – was a complete lie a prosecutor said Thursday. They realized something was amiss among the details which hinted at Bobbitt’s involvement. 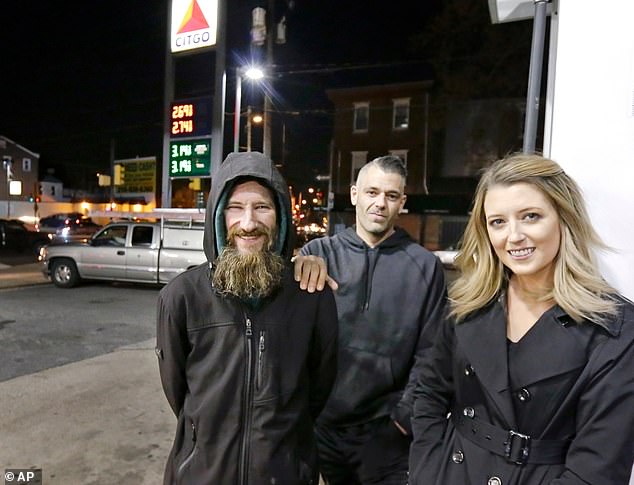 They became part of a viral sensation when Bobbitt, 34, was shown on camera spending his last $20 to buy gas for McClure

Bobbitt was arrested Wednesday night by US marshals in Philadelphia and remained in custody Thursday on probation detainers and a $50,000 bond. A message was left with a previous attorney of Bobbitt’s.

D’Amico, 39, and McClure surrendered to authorities Wednesday night and were released.

‘Less than an hour after the GoFundMe campaign went live, McClure, in a text exchange with a friend, stated that the story about Bobbitt assisting her was “completely made up”,’ Burlington County prosecutor Scott Coffina told a press conference. 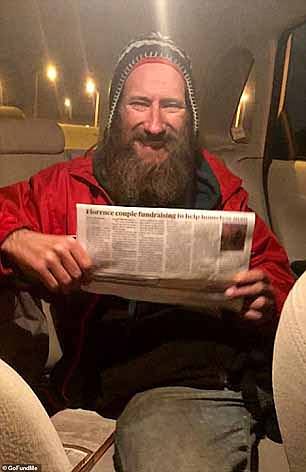 ‘I had to make something up to make people feel bad,’ McClure said in a text – one of 60,000 reviewed by prosecutors – to a friend.

In one text exchange in March 2018, McClure worried that she and D’Amico had less than $10,000 remaining, but D’Amico wasn’t concerned as he believed they’d make more money off a book deal for a titled pitched as No Good Deed, Coffina said.

The prosecutor added: ‘D’Amico, McClure and Bobbitt conspired to fabricate and promote a feel-good story that would compel donors to contribute to their cause.’

The three were charged with ‘theft by deception’ and conspiracy to commit such a theft. A spokesman for the prosecutor’s office said they would be seeking jail sentences ‘of some length’ which could be between five and 10 years.

He said the money, donated to the homeless man, Bobbitt, would be refunded to people who saw the story and contributed to him through a GoFundMe page set up by the then-couple, D’Amico and McClure.

McClure’s attorney Gerrow said the defendant tried twice to meet with law enforcement to stop the scam and when she tried to halt the fundraising, GoFundMe did not allow it. 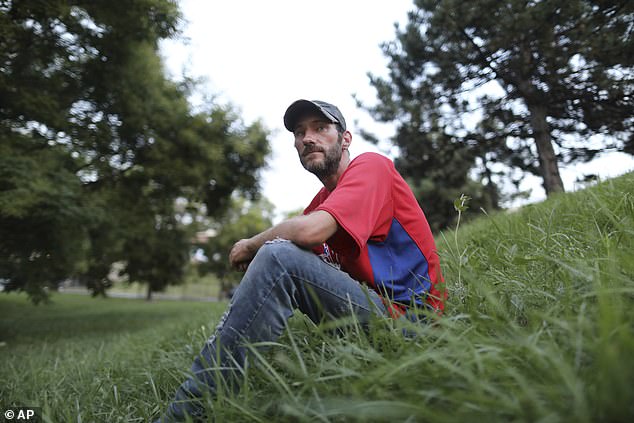 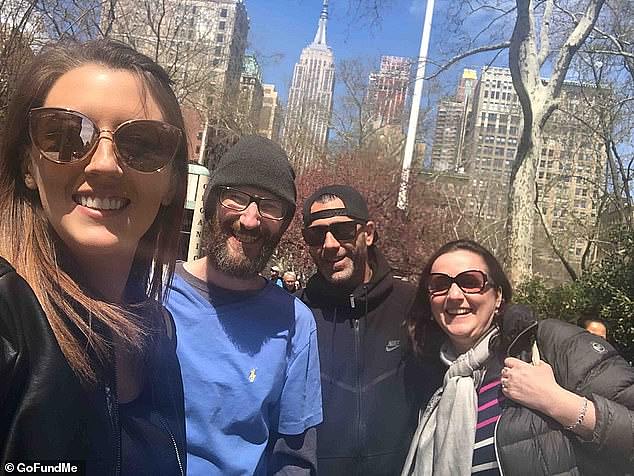 ‘Kate was being used by both Mr. D’Amico and Mr. Bobbitt and because D’Amico knew she was a very kind person also a bit naïve they set up,’ Gerrow said.

He added about her reluctance to reveal the scam after they appeared on the likes of Good Morning America speaking about the Good Samaritan and promoting their crowdfunding page: ‘What she was concerned about is people will stop giving to causes like this because at her core, she wanted to help this man.’

GoFundMe said organizers of campaigns are in complete control of them and says McClure received communications to make sure she understood that.

Originally aiming for just $10,000, the money was supposed to be spent on a home and a truck for Bobbitt, as well as a trust and retirement fund. Bobbitt believes he received about $75,000, including the value of the camper van and truck that the couple bought him but registered in their names.

The couple have shared photos on social media of themselves taking a helicopter ride and a trip to Disney during luxury vacations to Las Vegas and LA. They also posted pictures of shopping sprees and front-row seats at a Broadway show.

They insisted that they had done nothing wrong and had not spent a single dollar on themselves. 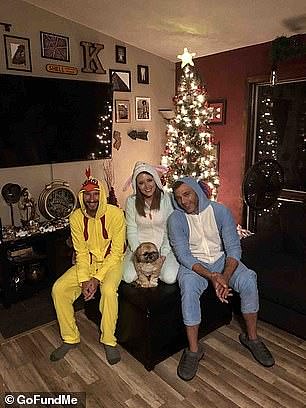 The two set up the GoFundMe page for Bobbitt (left), which became embroiled in controversy as they’ve been accused on living high on the money

D’Amico, 39, did admit to spending $500 from the fundraising campaign at SugarHouse Casino in Philadelphia, though he insists he paid it all back with his winnings.

D’Amico had previously said the couple believed Bobbitt shouldn’t get the money until he was clean and would spend it responsibly, while the couple have shared photos on social media of themselves taking a helicopter ride and a trip to Disney during luxury vacations to Las Vegas and LA.

He told The Philadelphia Inquirer in September: ‘Giving him all that money, it’s never going to happen. I’ll burn it in front of him.’

In a joint statement issued on September 6, GoFundMe and the law firm representing Bobbitt had said he will get an amount equal to the balance he didn’t receive through the fundraiser.

GoFundMe said it gave $20,000 to an account set up by his attorney to help him during the investigation.

‘The entire campaign was predicated on a lie,’ Coffina said. ‘It was fictitious and illegal and there are consequences.’