A family of 11 has been left with only the pyjamas they were wearing when a fire broke out while they were sleeping and destroyed their home.

Warren Wilson, his wife Amelia, and nine children aged from 4 to 21, awoke on Monday morning to absolute chaos at their property, located in the western Sydney suburb of Smithfield.

Mr Wilson, who is the sole income earner for the family and works night shift, said he had just returned home when he heard his daughter yelling ‘fire! fire!’ at about 6.40am.

‘I had made my way to bed after night shift and my wife was ironing the kids clothes to get them ready for school,’ he said.

‘Then I heard my daughter scream “fire! fire!” and as I went to check on her I saw her electric heater up in flames.’ 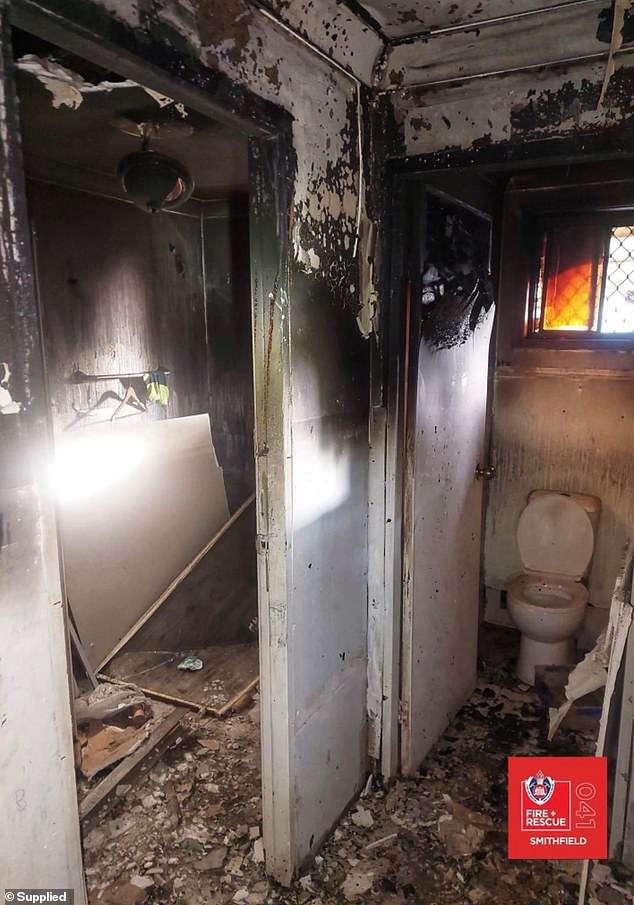 Mr Wilson said the fire quickly spread onto the mattress and in a matter of seconds flames were reaching the roof so he ordered everyone to get out of the house.

‘I thought I would try to stop it by pulling the heater out of the wall but the front of the bed had already started catching fire and then it was up to the roof and seconds later I heard the heater explode. It sounded like a bomb went off,’ he said.

Mr Wilson said everyone got out as quickly as they could with his sons helping to carry out the youngest girls who were still asleep in bed.

Just as they were metres away from the house, he heard ‘boom, boom, boom’ as the windows shattered and the property was engulfed in fire. 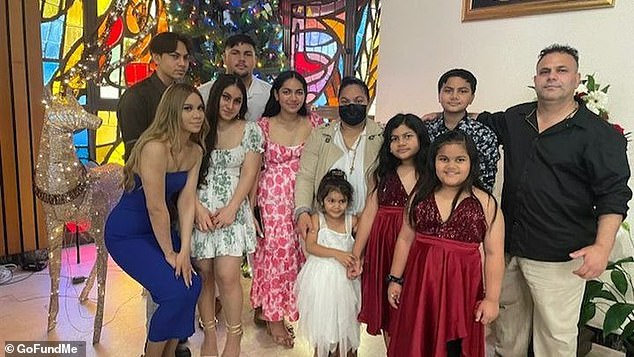 Warren Wilson, his wife Amelia and nine children, aged from 4 to 21, have emergency accommodation until June 24 but do not know where they will go afterwards 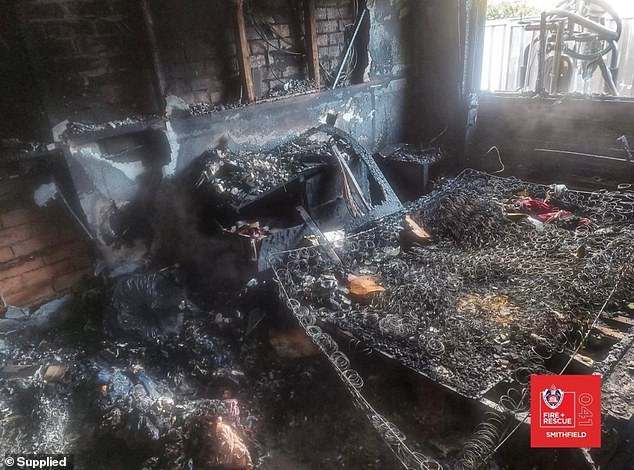 ‘It must have been minutes from the start of the fire until the whole house was in flames,’ he said.

‘It was like gone in about 60 seconds and the fire chief who arrived on scene told me if we had stayed even a minute longer we all would be dead.’

Mr Wilson, who is unsure if insurance will cover the cost of the disaster, said the most heartbreaking part was standing helpless in front of the family home he had worked so hard for, and watching it disappear in minutes.

‘People don’t know how hard it is, you become a nobody with nowhere to go,’ he said.

‘Like I am standing there with my nine kids and thinking I am gone, I am finished, everything I have worked for gone just like that.

‘I don’t wish that feeling on anyone because it is real, real sad.

‘The fear you feel and you are just completely helpless and feeling like your life is taken away before you even know what has happened.’ 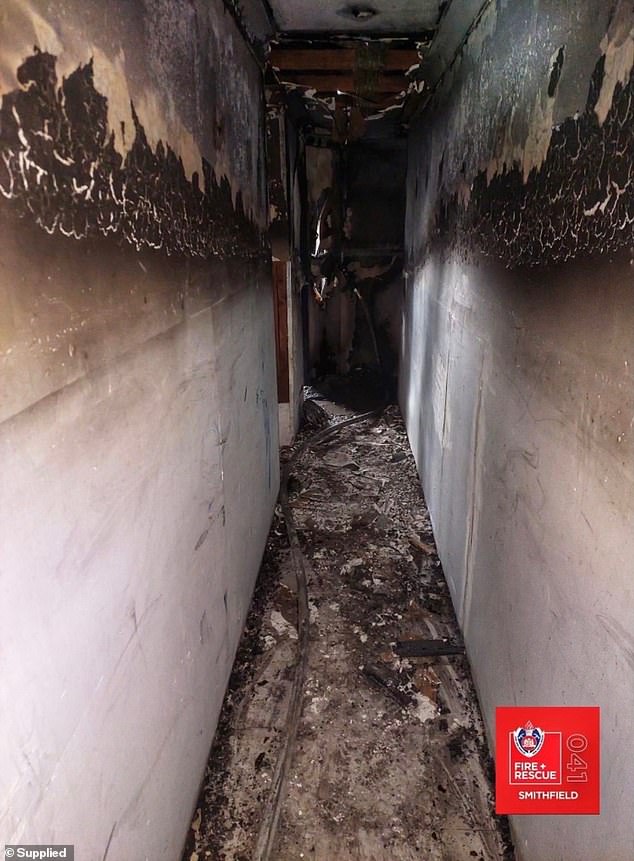 A close friend has set up a GoFundMe for the family, who have thanked the local community for helping them during the crisis

The family said they have been overwhelmed by support from the local community, especially from neighbours, their parish and the children’s school.

‘Everyone has been amazing. I have never seen people come together like this and help someone so much,’ Mr Wilson said.

‘I am truly blessed and touched by the outpouring of the care and support.’

‘I just desperately need somewhere to live,’ he said.

‘I have such a large family so it is tough to find anywhere we can live.’

Mr Wilson said while his entire family is shaken, it’s his oldest children who are struggling the most – but still are trying their best to stay positive.

‘My young ones are okay, they are playing and don’t really grasp the situation, whereas my girl who was in the room where it started is emotionally struggling,’ he said.

‘My oldest children you can tell are struggling to see their mum and dad lose it all.

‘We had this beautiful home we owned and worked so hard for and now just like that we are homeless, it is completely gutting.’

Close friend, Teresa Culjak, has set up a GoFundMe to help the family.

Ms Culjak knows the family from the Acolyte at St Gertrude’s Parish where the Wilson children sing and play music in the parish choir.

She says she has never met a more ‘beautiful and caring’ family.

‘I was at the parish yesterday and Warren came with two of his boys and people were there offering help and the boys were still saying they were okay and didn’t need anything, they are all so selfless,’ she said.

‘Their whole life has been stolen and they are still saying they are all good and caring for other people.’