An ex-bikie armed with baseball bat, a knife and a sword has been charged following a two-hour standoff with police.

Officers were called to the Gold Coast home of a 31-year-old man, believed to be a former member of the Bandidos, where he was allegedly smashing windows and ‘trashing’ the property.

The man allegedly began acting ‘violently’ and shattered windows at his flat at 12.30pm on Fairlight Avenue in Robina on Saturday, before hosting police on a 2.5 hour standoff.

‘He received a minor injury with the broken glass, he basically trashed the whole place,’ Inspector Plowman told The Courier Mail.

‘Negotiators had success getting part way with him (but) officers found a chance and restrained him.’

The quiet street was blocked off for hours during the siege and shocked neighbours said the man could be heard arguing with police. 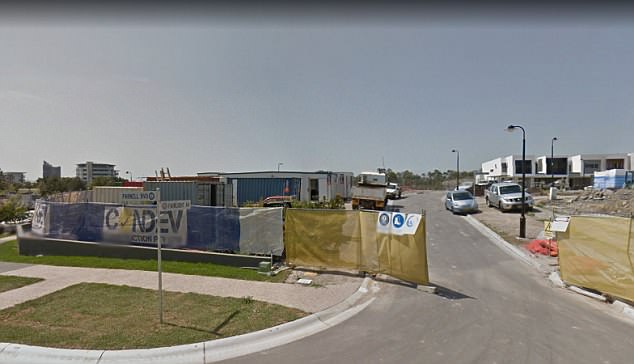 The man allegedly began acting ‘violently’ and shattered windows at his flat at 12.30pm on Fairlight Avenue (pictured) in Robina, police say

Local police attempted to negotiate with the man before the Special Emergency Response Team (SERT) were called in.

The former bikie was transferred in custody to the Gold Coast University Hospital at 2.45pm.

He was charged with wilful damage and issued with a domestic violence order, which had been issued on behalf of a woman who had fled the property the previous day.

He is expected to appear in court at a later date.