A Gold Coast father has been accused of molesting his daughter’s teenage friend after she had been drinking alcohol.

The man, 51, who cannot be named for legal reasons, appeared in Maroochydore District Court on Wednesday.

He pleaded not guilty to two counts of indecent treatment of a child under the age of 16, Sunshine Coast Daily reported.

The man, 51, who cannot be named for legal reasons, appeared in Maroochydore District Court on Wednesday

The man admitted to rubbing the 15-year-old girl’s face, arms, shoulders and neck but denied allegations of groping her breasts, licking her belly button and slipping his hands down the back of her pants.

He admitted to slapping her on the bottom, but told police it was a ‘silly little joke’.

The alleged offences occurred at the man’s home while his wife was asleep, the court heard.

The man picked up his daughter and a friend from a party in Kawana in July 2016, Crown prosecutor Alex Stark said.

He took the teenagers, both aged 15, back to his home, where they were joined by another friend.

The man and his wife had friends over also, but they left at 10pm and his wife went to bed shortly after, the court heard. 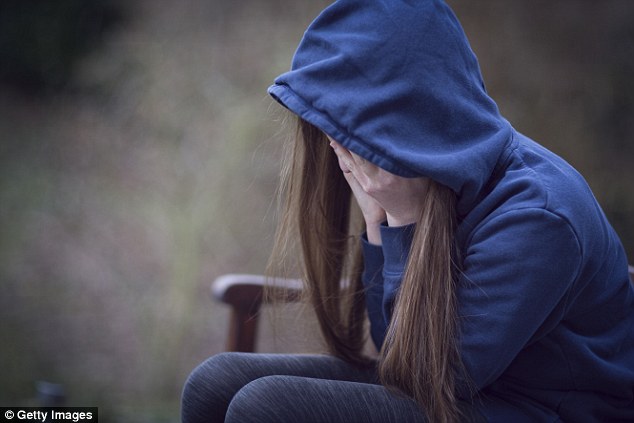 The teenagers continued to drink alcohol and dance.

When the party came to an end the man gave his daughter and her two friends foot massages to settle them down.

The court heard the man, who had previously worked in massage therapy and obtained diplomas in the field, often gave his daughter massages to ease stress in her feet from dancing.

After the massages the man suggested the girl sleep in his son’s bedroom, instead of his daughter’s room with the other girls, Crown prosecutor Alex Stark said.

This was because there was no room to drag another mattress on the floor because the property was undergoing renovations, the court heard.

He brought the girl a glass of water and stared to massage her head to ‘bring back colour to her face’ because she did not look well, the man told the jury.

He told the court he asked the girl if she wanted him to stop but she said ‘no’ because it was making her feel better.

The teenager told police this was when the massage ‘turned sexual’.

She turned her back on the man, then he slapped her bottom and left the room, the court heard.

The teenager left the man’s house the next day and called his daughter, and explained what happened.

The matter was later reported to the police.

The trail will continue on Thursday.