Gold mine boss, 41, caught drinking-driving at 95mph in his Porsche

Boss, 41, of gold mine that supplied Meghan Markle’s wedding ring is caught drink-driving at 95mph in his Porsche while late for family Christmas dinner and banned for a year with £1,700 fine

The boss of a gold mine supplying the Royal Family was caught drink-driving and speeding in his Porsche because he was late for dinner on Christmas Day.

Benjamin Sherbrooke Roberts, 41, is the managing director of Clogau Gold of Wales – the mine which has supplied gold for royal wedding rings including for Meghan, Duchess of Sussex last May.

But a court heard Roberts was pulled over when he was spotted driving at 95mph on a 70mph limit road to get to Chester Racecourse where he was having Christmas dinner with his family.

Roberts, who lives in an £800,000 five-bedroom house in Colwyn Bay, North Wales, was over the drink drive limit as he raced along the A55 in Broughton.

He had initially pleaded not guilty to speeding and drink-driving but changed his plea at Flintshire Magistrates’ Court yesterday and was sentenced.

A previous hearing was told a police motorcylist had followed Roberts’s car and carried out a breathalyser test.

Roberts was found to have had a breath-alcohol count of 43 microgrammes per 100 millilitres of breath. The legal limit is 35mcg per 100ml. 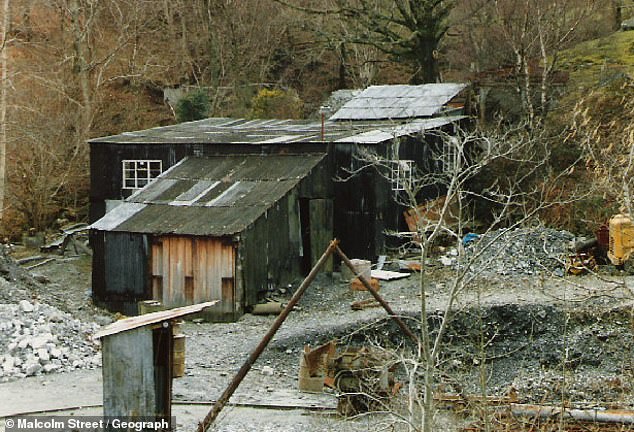 Craig McGregor, defending, said: ‘This was Christmas Day and the roads were quiet. It was just before lunchtime and he was running a bit late to spend some time with his children.

‘In a nutshell, the roads were quiet, he was speeding, and he was just over the drink drive limit.’

Deputy District Judge Marting Jackson told him: ‘To say the roads were quiet is no excuse for speeding, even if you were late for your lunch.’

The historic Clogau mine traditionally supplies gold rings to the Royal Family, with Prince Harry’s wife carrying on a century-long tradition by wearing one. 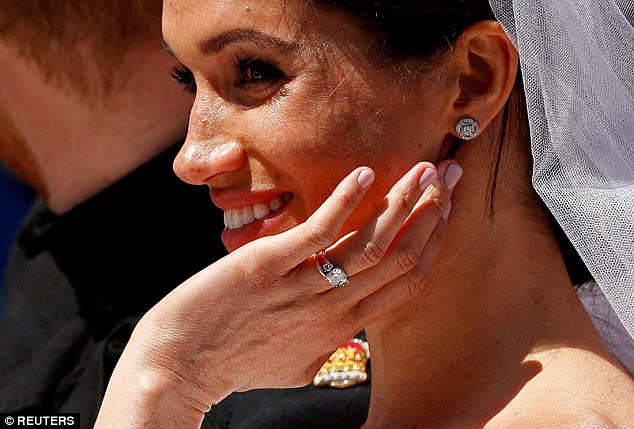 The mine has supplied gold for royal wedding rings for nearly 100 years – including for Meghan, Duchess of Sussex – who is pictured after her marriage in Windsor on May 19 last year

The first royal bride to wear a Clogau ring was Queen Elizabeth The Queen Mother in 1923, who married George VI at Westminster Abbey on April 26 that year.

The jeweller revealed last August that up to 30 new jobs were created in its stores in both Wales and Merseyside thanks to the Meghan effect helping their sales soar.

Gold was found at the Clogau St David’s mine in 1854 and it was at the forefront of a ‘rush’ in the Dolgellau area in 1862. It has since closed and reopened several times.