Golden State Warriors overcome shooting slump from Steph Curry to claim Game 5 and go up 3-2, within one of winning the NBA Finals… with star seeing his 233-GAME run of made 3-pointers end against Boston Celtics

Stephen Curry’s streak of 233 games with a made 3-pointer came to a halt in the NBA Finals but the Golden State Warriors were able to overcome his slump as they are one win away from their fourth NBA title in eight years.

Curry and Co recovered from a slack third quarter on Monday to ride out a 104-94 victory over the Boston Celtics, giving them a 3-2 lead in the championship series.

Andrew Wiggins scored 26 points and grabbed 13 rebounds as the Warriors survived a third quarter push from the Celtics to emerge with the win, with the best-of-seven series heading back to Boston for Game Six on Thursday.

Wiggins and Klay Thompson did most of the damage for the home team, combining for 47 points, while Boston committed 18 turnovers and missed 10 free throws at the Chase Center. 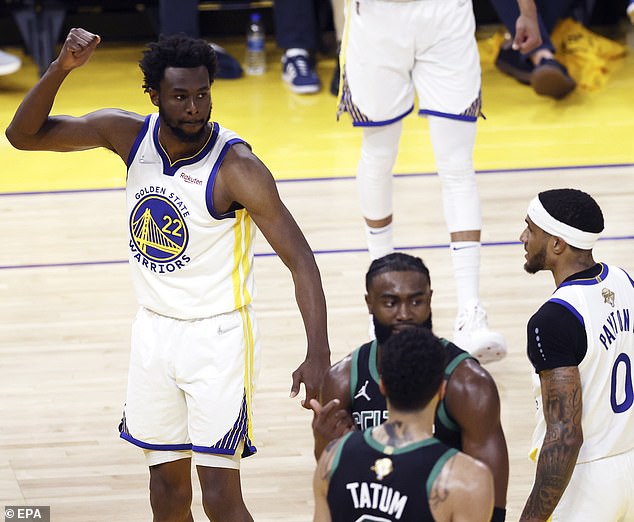 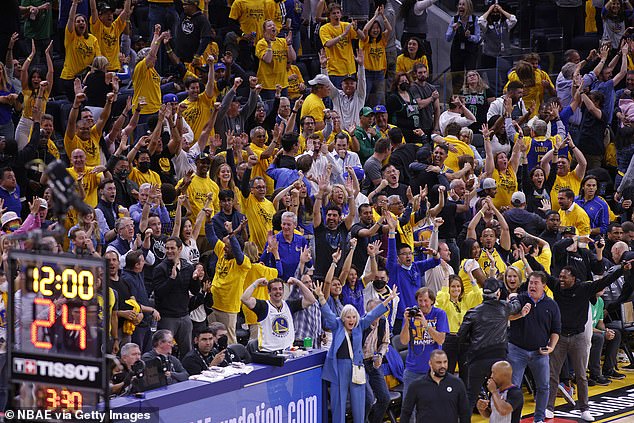 Wiggins’ 26, plus his defense on Jayson Tatum, has put Golden State one win from the NBA title

Poor shooting saw the Celtics trail by 12 at the half but they opened the third quarter on a 10-0 run, taking their first lead of the night at 58-55 via Al Horford’s three-pointer.

The momentum then swung back to the Warriors via Jordan Poole’s bank shot from near half-court at the third quarter buzzer, and they put the game out of reach with an emphatic Wiggins dunk late in the fourth.

Wiggins, the first overall pick in the 2014 draft who has only flourished since joining Golden State in 2020, also played outstanding defense on Boston’s Jayson Tatum, who finished with 27 points. 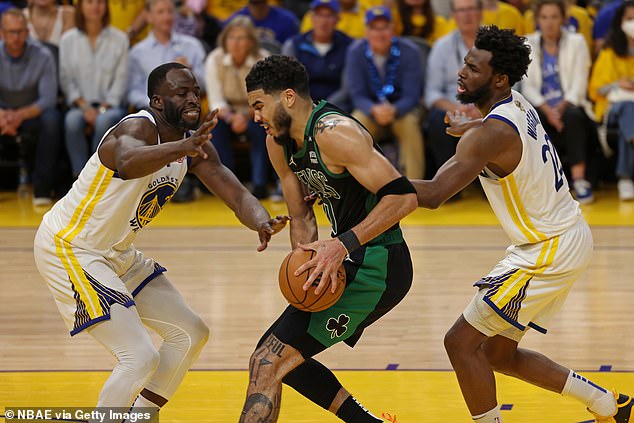 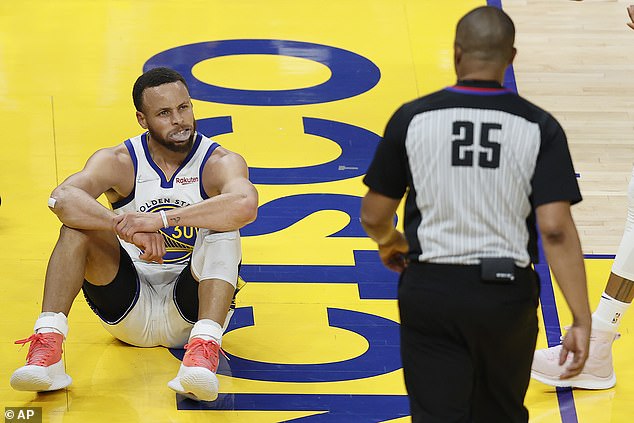 ‘I think it’s just a sense of what’s needed.

‘He’s got veteran guys who are helping him to understand what we need from him, and he’s just using his athleticism in a lot of different ways.’

Curry had put the Warriors on his back with a 43-point performance in Game Four but struggled from distance on Monday, going 0-9 from three-point range and scoring just 16 points. 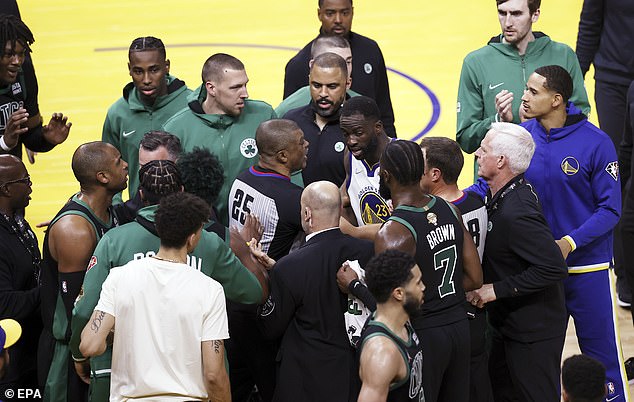 But his dazzling drives and playmaking ability was still on display as he finished with eight assists while putting pressure on the defense.

‘I think Steph was probably due for a game like this,’ Kerr said.

‘He’s been shooting the ball so well that, at some point, he was going to have a tough night.

‘But we’ve got a lot of talent and a lot of depth that can make up for that, and the guys did a good job of that tonight.’