Goldie arrives at court to be sentenced for assaulting a bouncer

The artist, whose real name is Clifford Joseph Price, is appearing at Bristol Magistrates’ Court this morning

Musician Goldie has arrived at court to be sentenced for assaulting a security guard at Glastonbury Festival.

The artist, whose real name is Clifford Joseph Price, is appearing at Bristol Magistrates’ Court this morning.

He pleaded guilty at a hearing in March to the charge by video link from Thailand.

The 52-year-old was contacted on a video-calling app Facetime to confirm his plea.

He admitted assaulting bouncer Dennis Poole on June 23 last year by beating him.

District Judge Lynne Matthews told the musician, who was based in Thailand at the time, that he would have to appear in person to be sentenced.

Goldie and his daughter Chance, 19, were both charged with assault following the brawl at the festival last summer,.

But only Chance showed up for the last hearing on March 15.

However, when Goldie changed his plea to guilty prosecutor Richard Posner said it would not be in the public interest to proceed with the case against his daughter.

He said: ‘It is the prosecution’s argument that it was Mr Price’s sustained assault that then led, in part, to Miss Price becoming involved.

‘The crown are not going to prosecute her for that – as long as the co-defendant is sentenced in May.’

Goldie is due to be sentenced at 2pm. 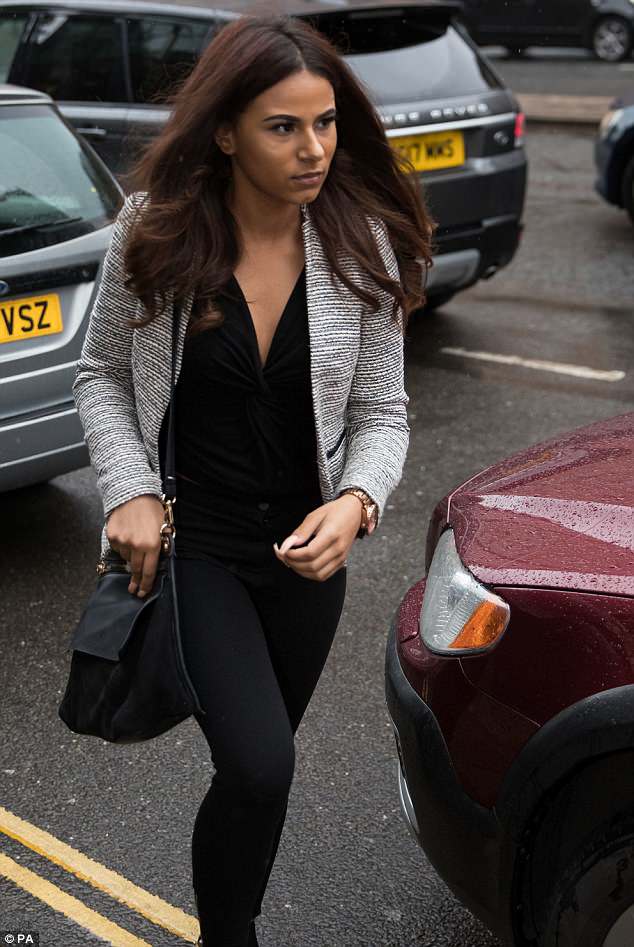