Goldman Sachs is investigating shocking claims that a former employee was almost gang raped by six male colleagues at a client dinner as part of a horrifying bet.

The firm confirmed it has offered to meet with the woman, who says she was saved by a waiter during the attempted assault in London in 1994.

Three of the men involved were sacked by the firm for offensive and inappropriate behaviour against the woman in question, but the bank maintain that no allegations of physical sexual assault were made at the time.

The stunning revelations were made in a series of blog and Twitter posts where the woman admitted she had decided to come forward following the Harvey Weinstein scandal.

Goldman Sachs launched an investigation at the time and three unnamed foreign exchange traders were sacked for making inappropriate comments against the woman.

However, that investigation did not relate to allegations of physical assault.

A Goldman Sachs spokesman confirmed the firm has offered to meet with the woman since she made these new claims but she has refused.

Under the name ‘Stand Up To Goldman Sachs’, the alleged victim took to Twitter and a personal blog to share her ordeal.

She wrote: ‘My mission is very simple. 25 years ago I was a young associate at Goldman Sachs. I was the 0.01% of females trading currency. I was earning 0.025% of my male colleagues salary. No, that is not a typo.

‘My male colleagues would humiliate me daily, for example I was bitten and my name was either slut, mammary or dusty bin. It culminated in a bet to hate f*** gang rape me in a private dining room. 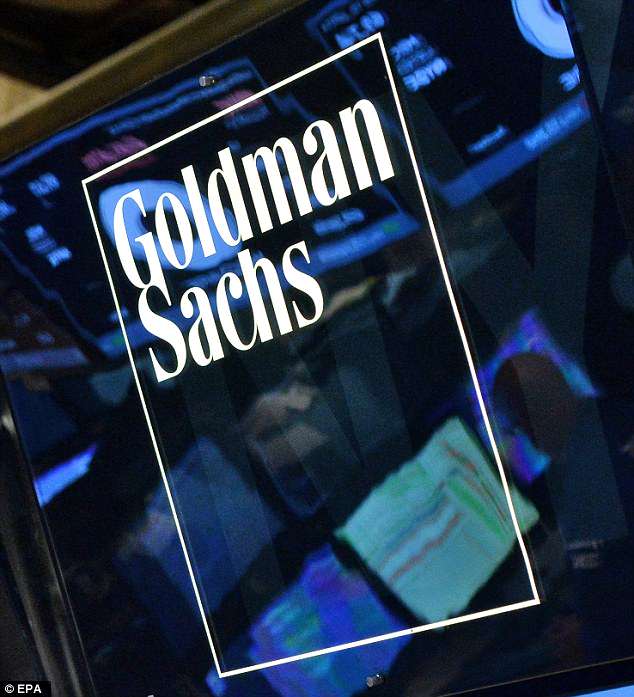 ‘I only managed to escape after a waiter interrupted the incident. Three of my abusers resigned and they all went on to prosper at other banks and at least one became a Managing Director.

‘I was denied a right to reply for 25 years. I was paid £3,000 for my silence. I signed the settlement when I was suffering clinical depression and hadn’t received a salary for eight months.’

She repeated the allegations in an email to Lloyd Blankfein, the chief executive of Goldman Sachs.

She posted them on her website Stand Up To Goldman Sachs and admitted that she had signed a non-disclosure agreement after making the initial allegations in 1994.

But in a separate post, she revealed she had PTSD and said she couldn’t keep quiet any longer.

She wrote: ‘When the New York Times reported the Weinstein rape allegations in late 2017 I had a chronic PTSD episode and I knew I couldn’t stay silent any longer. I finally spoke to a therapist and she told me it wasn’t my fault and she believed my history. I have now issued a claim against Goldman Sachs International.’

The woman also praised a male Citybank employee who she said rescued her from the alleged attempted gang rape. 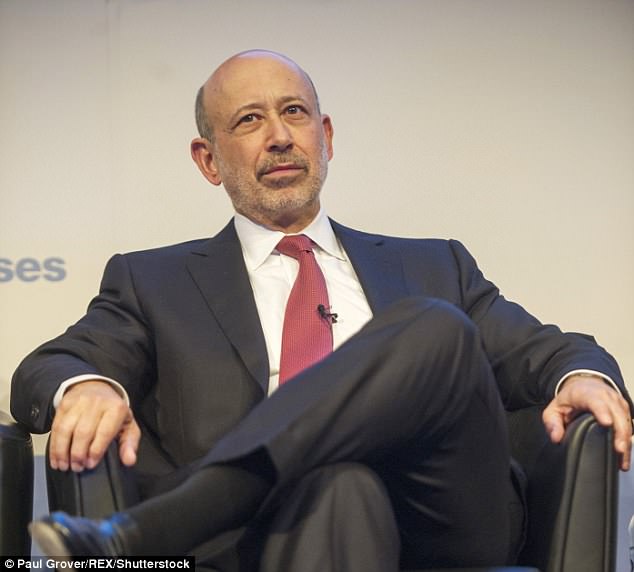 In an email addressed to Goldman Sachs CEO Lloyd Blankfein (pictured), the woman outlined the allegations and said she had never recovered from the incident

She also expressed her thanks to a black cab driver who drove her home without charge after the incident.

She tweeted: ‘One of [the Citybank] men helped me find the door without him and the waiter, I wouldn’t have made it. I weighed 126 lbs against six men intent on sex and a room of nine men. He was the silent hero who helped me.’

Goldman Sachs told the Mail Online that it offered to meet with the individual since she made these new claims and she has refused.

A statement read: ‘We took the concerns raised by this individual very seriously when she first brought them to our attention in 1994.

‘As was reported extensively by the media at the time, and as the witnesses interviewed corroborated, she was the subject of offensive and inappropriate behaviour.

‘We viewed this behaviour as completely unacceptable then and we still hold that view. Three of the men involved immediately lost their jobs and two others were disciplined.

‘Given the seriousness of the allegations and the amount of time since the events took place, we undertook a thorough investigation of our records, which confirmed that neither she nor her lawyer made any allegation of physical sexual assault at the time.’