Goldman Sachs prepares to cut up to 3,200 workers this week

Goldman Sachs is expected to cut around 3,200 jobs starting as soon as Wednesday, as it braces for tough economic conditions, including recessions in many key markets.

The investment banking giant will cut around 6.5 percent of jobs from its workforce of 49,000, cutbacks that will include reductions in its core trading and banking units, according to Bloomberg.

The company is also expected to cut hundreds of jobs from its money-losing consumer operation after scaling back its direct-to-consumer Marcus division.

It follows a dramatic slowdown in merger and acquisition deal-making as higher interest rates affect valuations, leading CEO David Solomon to warn of looming layoffs in a memo last month.

Goldman Sachs is expected to cut around 3,200 jobs starting this week, after CEO David Solomon (above) warned of layoffs in a memo last month 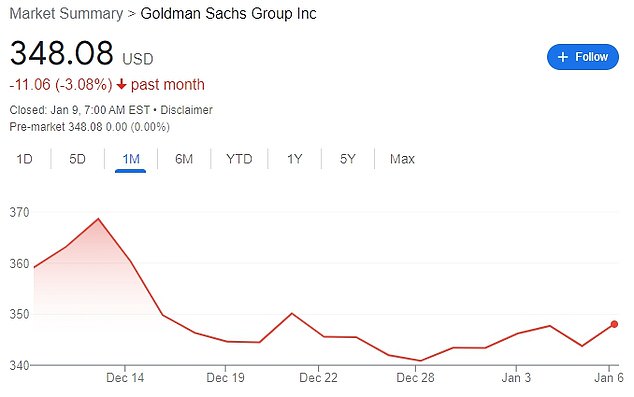 It is unclear where the job cuts will occur, but the firm’s largest presence is in the US, where it has more than 25 offices.

Goldman Sachs also has six offices in the UK, including in London where it is believed to employ around 6,000 staff, as well as in Birmingham and Milton Keynes.

Last month, chief executive Solomon reportedly sent a memo to staff for the year end, warning that headcount was set to be reduced in the new year.

‘We are conducting a careful review and while discussions are still ongoing, we anticipate our headcount reduction will take place in the first half of January,’ Solomon said in the memo, according to Bloomberg.

‘There are a variety of factors impacting the business landscape, including tightening monetary conditions that are slowing down economic activity. For our leadership team, the focus is on preparing the firm to weather these headwinds,’ he added.

Goldman Sachs had significantly grown its workforce since 2020 as it sought growth opportunities following the pandemic. 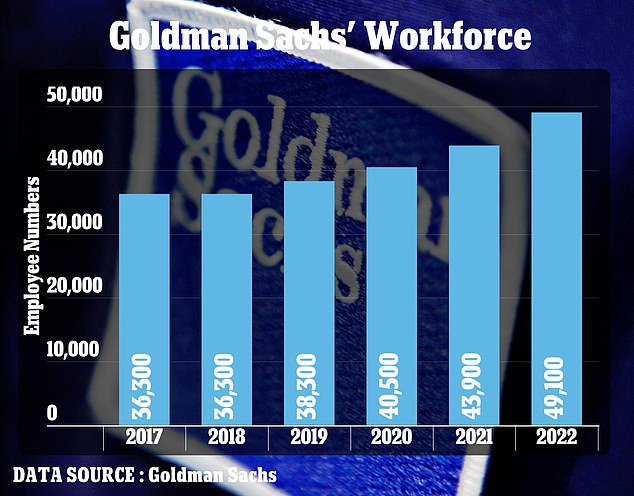 Even if Goldman Sachs cuts its workforce by 3,200 staffers, it would still have more employees than it did in 2021 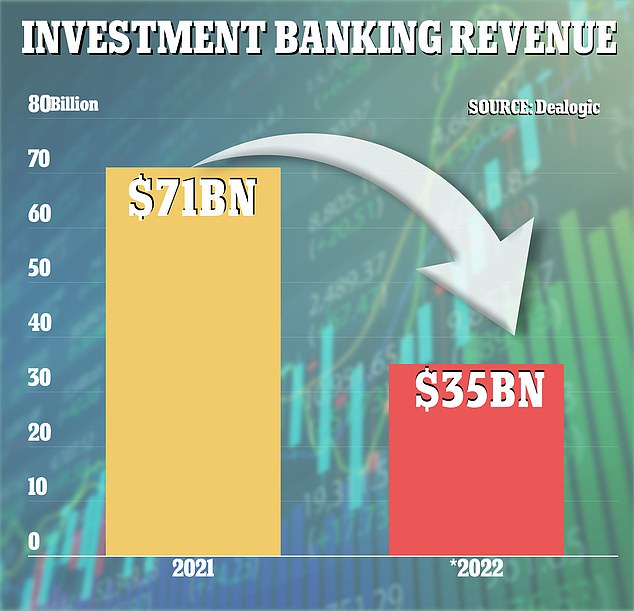 However, institutional banks have been struck by a major slowdown in activity in recent months due to volatility in the global financial markets.

Annual bonuses season is due to kick off this week as JP Morgan, Citi and Bank of America all report their results for the past year.

The drop-off in deal activity is expected to result in a marked fall in bonus payments.

In December, the Financial Times reported that Goldman Sachs was considering cutting its bonus pool for investment bankers by at least 40 percent this year as it seeks to keep control of costs.

Goldman Sachs is due to report on its own fourth quarter figures on January 17. The company declined to comment.

It follows a tumultuous year for the investment bank, which has seen its stock price drop by 12.8 percent in the past 12 months.

Morgan Stanley and Citigroup have also undertaken recent layoffs, as banking giants return to the annual culls of ‘underperformers’ that were common prior to the pandemic. 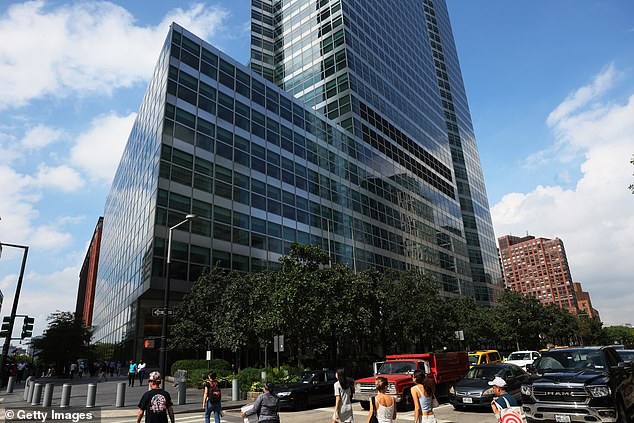 Goldman Sachs headquarters is seen above. The bank is preparing for layoffs, following job cuts at Morgan Stanley and Citigroup

Most investment banks slash the bottom 1 to 5 percent of employees just before bonus time, to free up more bonus cash for those who remain.

Even if Goldman Sachs cuts its workforce by 3,200 staffers, it would still have more employees than it did in 2021.

The company has been in a form of hiring spree ever since Solomon took over in 2018, when Goldman Sachs retained 36,300 employee positions, the same as the previous year.

Solomon, however, previously warned that the bank needed to cut down on costs, with the looming staff reduction among the long-planned initiatives to save money.

‘We continue to see headwinds on our expense lines, particularly in the near term,’ Solomon said while speaking at a conference last month. ‘We’ve set in motion certain expense mitigation plans, but it will take some time to realize the benefits.

‘Ultimately, we will remain nimble and we will size the firm to reflect the opportunity set.’