Gongs for terror attack heroes in London and Manchester

Gongs for terror attack heroes: Police, medics and 999 staff who responded to carnage in London and Manchester last year are rewarded on honours list

By Tim Stickings For Mailonline and Daily Mail Reporter

The 999 and medical staff heroes who dealt with last year’s terror attacks in London and Manchester were given a total of 43 gongs in this year’s list.

They include OBEs for Joy Ongcachuy, a theatre nurse at Barts Hospital in London – who helped care for the injured after the Westminster Bridge and Borough Market attacks – and Paul Woodrow, director of operations at the London Ambulance Service.

A British Empire Medal goes to Detective Chief Inspector Theresa Lam, of Greater Manchester Police. She was responsible for dealing with families after 22 were killed in the Manchester Arena attack.

Nominations can take 18 months to be considered, meaning some of the heroes of the 2017 terror attacks can only now be rewarded with official honours.

Police and emergency services on the scene after the London Bridge and Borough Market attack in June 2017. The 999 and medical staff heroes who dealt with last year’s terror attacks in London and Manchester were given a total of 43 gongs

Special Sergeant Jared Simpson, one of the first officers on the scene, receives the British Empire Medal.

Doctor Malik Ramadhan, who was in charge of A&E at the Royal London hospital in Whitechapel and operated through the night on 12 victims of the London Bridge terror attack, receives an OBE.

Peter Boorman, head of emergency response for NHS England in London, helped deal with the fallout from the Westminster and London Bridge attacks, the Grenfell Tower tragedy, the Wannacry cyber-attack on the health service and the Croydon tram crash in 2016. He gets an OBE.

PC Stephen Marsh, who also received a British Empire Medal for his role in the aftermath of the Westminster attack, said he was ‘shocked and surprised’ to receive it.

He said: ‘I can think of nothing that has filled me with more pride than to receive a British Empire Medal.

‘The timing of the award is wonderful because it has coincided with the end of my service with the Metropolitan Police.’

Detective Sergeant Zac Idun receives an OBE for his work in family liaison after the terror attacks.

Scotland Yard said he had ‘delivered outstanding support for the families over many years’ and ‘supported hundreds of people during his distinguished career’. 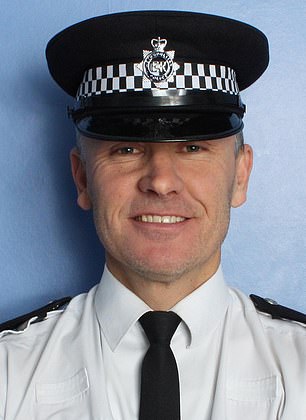 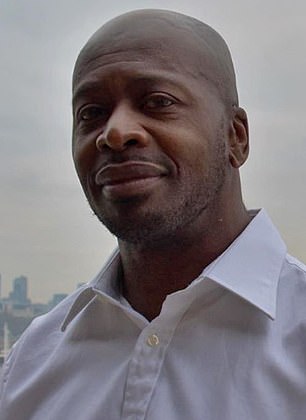 He said: ‘Most police officers will tell you they are just doing their job and I am no different, but receiving the OBE for services to policing brings home to me the significance of the role.

‘During my time in family liaison and involvement in terrorist investigations, I have been truly humbled by the sheer courage and strength of the families and survivors we have assisted.

‘I remain in awe of the many people we have supported who have suffered but survived the loss of the people dearest to them with both dignity and bravery.’

Britain was hit by a series of terror attacks in the space of a few months in 2017, beginning at Westminster in March where a police officer was stabbed to death and four others were killed.

In Manchester 22 people including many children were killed by a bombing after an Ariana Grande concert in May that year.

Just two weeks later eight people were killed in an attack on London Bridge and the nearby Borough Market, days before the general election.

On 19 June Darren Osborne drove a van into worshippers at a mosque in Finsbury Park, north London, killing one person.

In September a bomb partially exploded on a London Underground train at Parsons Green station, although no-one was killed.