And five-years after her diagnosis, the AM hostess is letting the world know she is just as fearless as ever.

Marking a half-a-decade since she found out about her cancer, Robach, 45, dedicated herself to tackling another huge obstacle: Mount Kilimanjaro.

Goal-setter: GMA’s Amy Robach celebrated being strong five years after her cancer diagnosis by climbing Mount Kilimanjaro, seen above with a friend

Though she is healthy, Amy explained how cancer survivors live in fear of their disease returning and how she channeled the anxiety towards a bigger goal.

‘The possibility of a recurrence always looms large for every survivor,’ she told Good Morning America on Tuesday.

And instead of live in fear, Amy decided to ‘celebrate [her] survival’ and embark on her climbing journey.

‘…Many of us want to confront our fear, in the face of a health crisis, and the possibility of a recurrence always looms large for every survivor. Which is why I chose to celebrate my survival and I decided to embark on a different kind of journey and to face fear of a different kind.’ 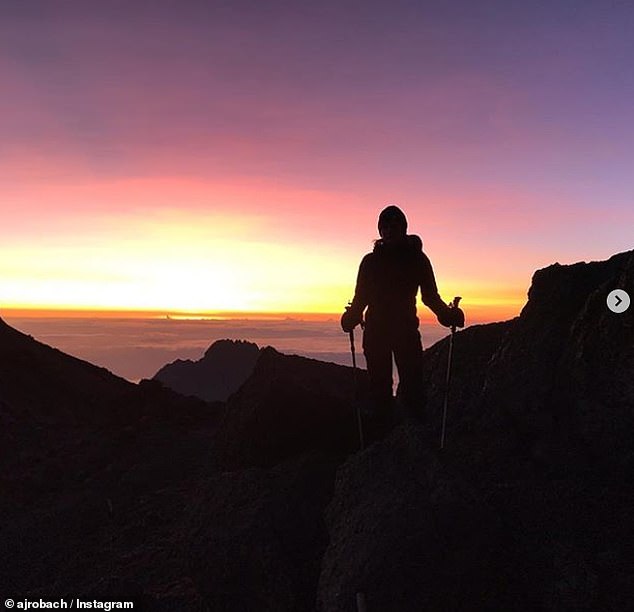 Above fear: ‘The possibility of a recurrence always looms large for every survivor,’ she told Good Morning America on Tuesday 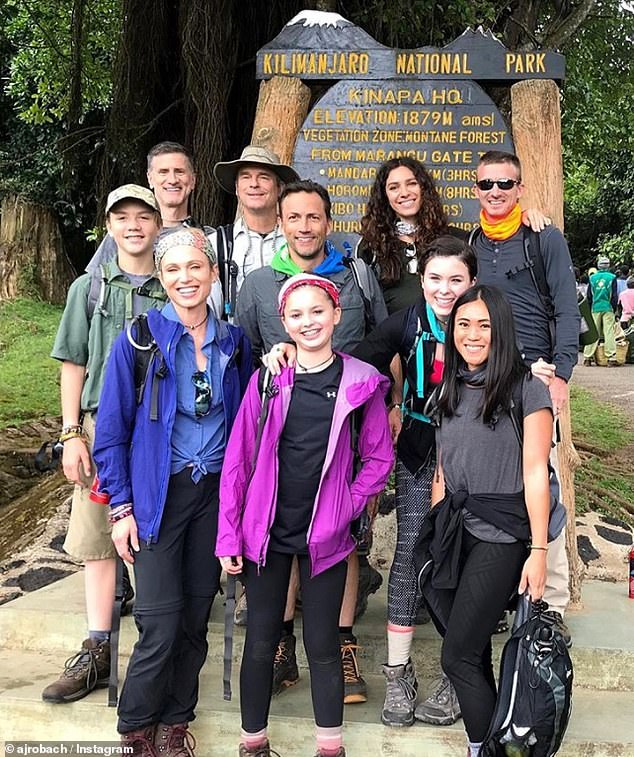 Inner circle: She was joined by her closest friends and family on the climb, including her 65-year-old dad and her 12-year-old daughter

‘Now five years later, I’ve asked family and friends to help celebrate my survival with something big — 19,341 ft. big. Africa’s tallest peak, Mt. Kilimanjaro,’ she said. ‘It just made sense for me, because I had another mountain that I had to climb, five years ago. I had to battle breast cancer; go through a year of hell, as so many women have had, and live with a lifetime of fear. Fear of recurrence; fear of it coming back; and instead of living in fear I decide to live defying fear.’

She was joined by her closest friends and family on the climb, including her 65-year-old dad and her 12-year-old daughter.

Sharing about her journey on Instagram, Amy called the climb: ‘The most incredible experience of my life.’

Ms Robach, a mother to two young girls and a step-mother to three boys, was diagnosed with breast cancer in October 2013 after undergoing a mammogram on air for Good Morning America. 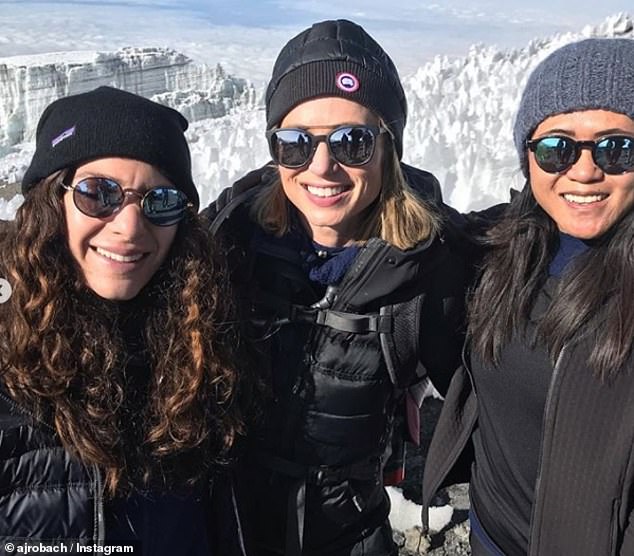 Amazing: Sharing about her journey on Instagram, Amy (above with pals) called the climb: ‘The most incredible experience of my life’

She discovered she had a malignant tumor in her right breast, and it was only after she had a double mastectomy that doctors realized there was a second tumor in the same breast and some abnormal cells in the left breast.

After the surgery, it also became clear that the disease had spread to her sentinel lymph nodes, meaning that the mastectomy was far from the magic bullet.

But amid the treatments, she has stayed positive by focusing on her work.

‘Feeling like I have a purpose is very helpful,’ she told People in 2014 after her diagnosis. ‘Mentally I feel stronger, knowing I’m still me. I still have my job. My life isn’t just cancer, so it’s very important for me to try and get my butt up.’