Good Morning Britain viewers were left horrified as a guest on the programme argued obese people should be fat shamed because it encourages them to lose weight.

Danielle Levy, from Essex, clashed with actor Christopher Biggins on the breakfast show, as she exclaimed that ‘being fat is bad’.

The fitness instructor argued that fat shaming would actually encourage people to lose weight, saying: ‘The more we fat shame, the more people would keep their mouths shut and stop overeating.’

Viewers were left shocked by the segment, with many taking to Twitter to slam the fitness instructor for her argument.

Viewers of Good Morning Britain were left stunned by the segment, in which fitness instructor Danielle Levy argued there should be more fat-shaming as it encouraged overweight people to lose weight (pictured with Christopher Biggins on the programme)

One wrote: ‘Definitely bullying. Fat people know they’re fat, they don’t need a reminder in the form of a derogatory remark. People will lose weight when they are ready to, positive help is needed.’

Another commented: ‘Not all fat people overeat. Some have conditions that make them big. Don’t tar everyone with the same brush.’

They added: ‘Personally I don’t like Danni Levi’s lips. Too much Botox.’

Danielle appeared on the programme alongside actor Christopher Biggins, who argued that fat shaming is hurtful and cruel. 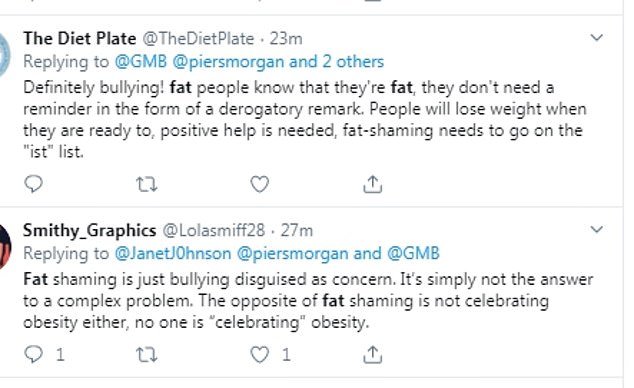 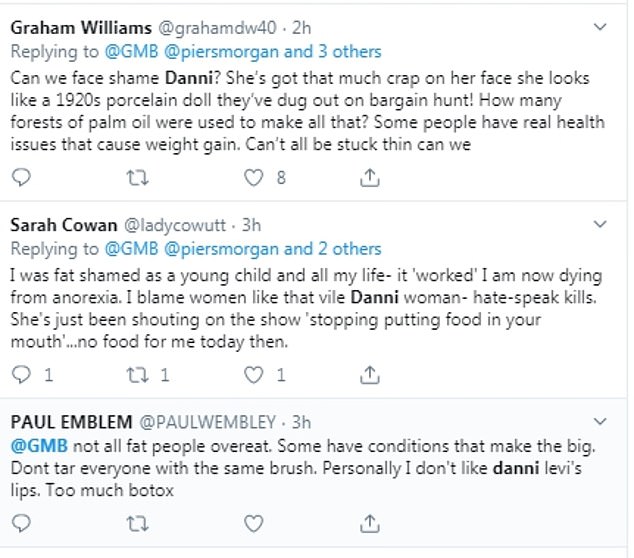 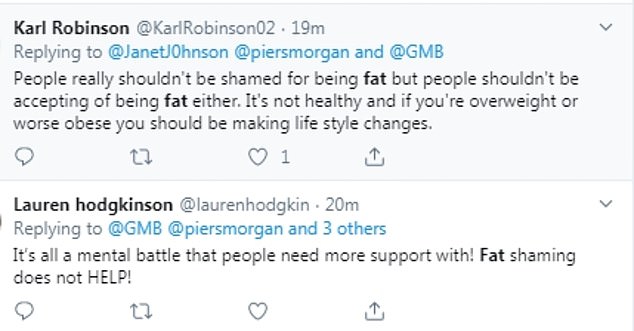 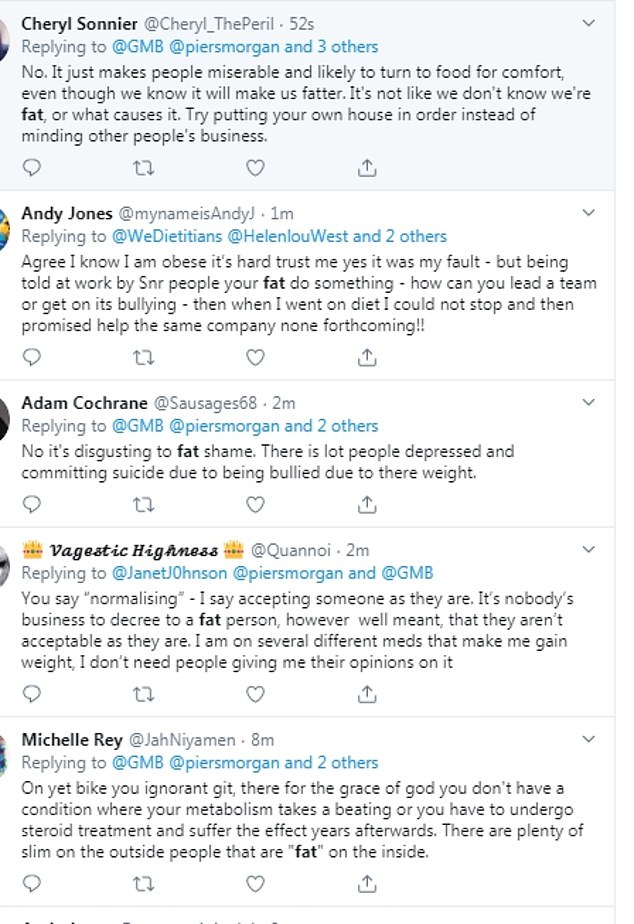 Viewers were left horrified by Dani’s argument, with some calling it ‘disgusting’ to fat shame,and others deeming it ‘bullying’

And Christopher appeared to agree, starting the debate by saying that being thin wasn’t necessarily the perfect way to be.

He said: ‘Here’s Dani’s who’s a fitness instructor, gorgeous, a little too thin for me if you ask me, you’ve got a few bones sticking out.’

But Danielle was immediately unimpressed, saying: ‘This is not an aesthetic debate. This is not about how we look, it’s not about big is beautiful, big is not beautiful.’ 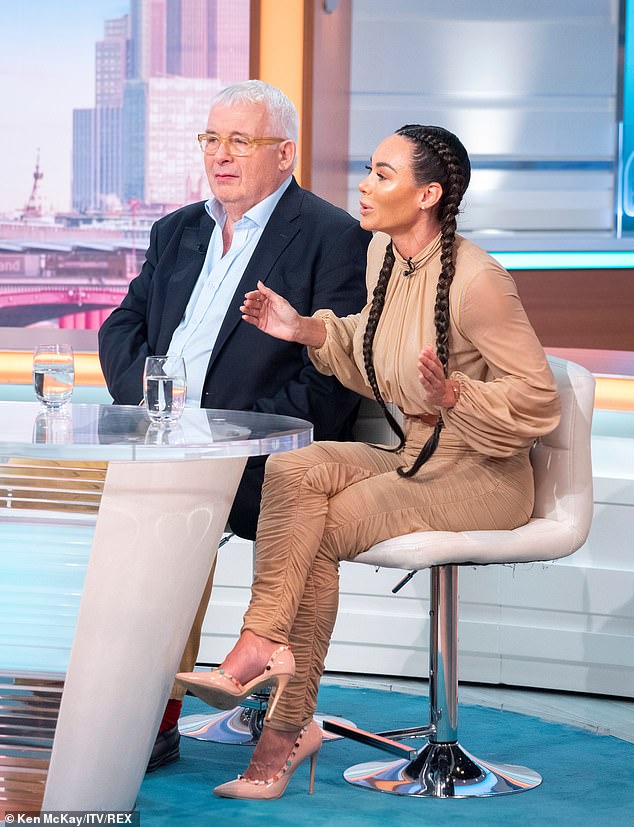 ‘And that is why this fat shaming has become such a taboo. We focus so much on the aesthetic of overeating, rather than the health risk.’

But Christopher appeared stunned by the argument, saying he thought it would be boring if everybody looked the same.

He said: ‘I think it would be terribly dull and boring if everybody looked like David Beckham, or a whole world of Danis.’ 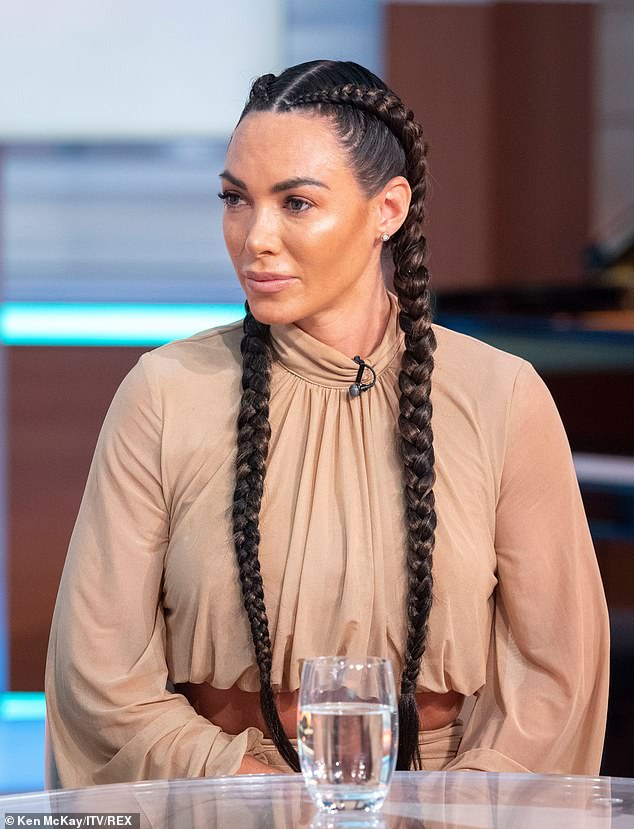 The fitness instructor left viewers stunned with her argument, and said we shouldn’t ‘pussyfoot’ around the issue of obesity

He added: ‘I love going to Las Vegas for a holiday, because in Las Vegas, I’m like Twiggy. You do see people wobbling, whole families wobbling.’

However Good Morning Britain presenter Piers Morgan was quick to retort, saying: ‘We have the worst youth obesity crisis in Europe. We are breeding a bunch of fat couch potato kids.’

He went on: ‘The answer is not to tell children everyday how wonderful being super fat is.’

And Dani agreed, saying that ‘fat shaming’ would encourage people to eat less, arguing: ‘I think it does work, we definitely need to do it more. James Corden went on to say, “That made me go to grab the ice cream from the fridge”. 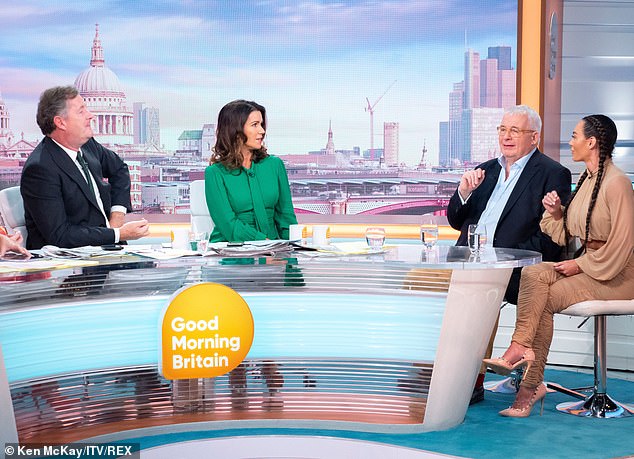 Danielle said being fat was ‘bad’ and was killing people, while Christopher Biggins said it would be ‘dull’ if everyone looked like the fitness instructor 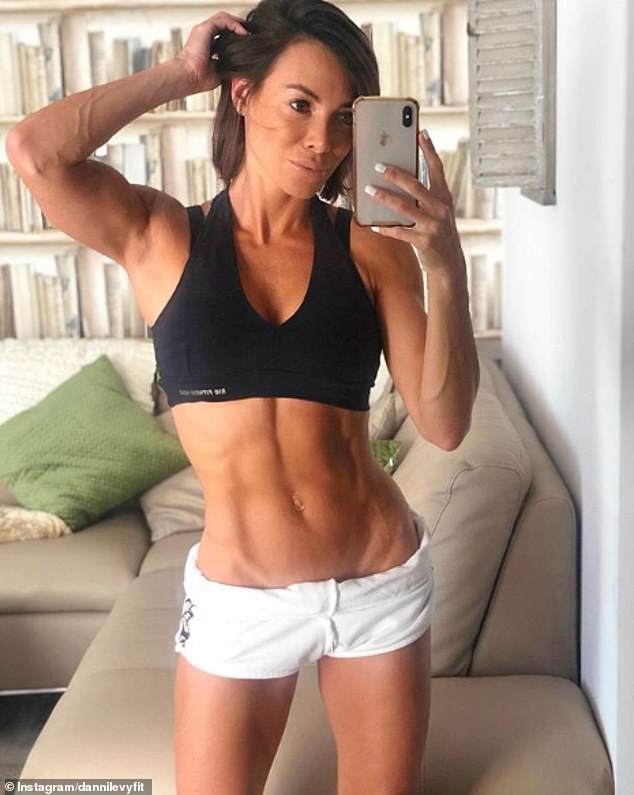 ‘You don’t say to a smoker, your breath stinks, and they go light up another cigarette.’

She added: ‘The more we fat shame, the more people would keep their moves shut and stop overeating. Fat shaming encourages people to lose weight.’

Dani went on: ‘Should we make it okay to become obese, and to become ill as a result of overeating? Should we embrace this “big is beautiful” era, because it’s “shaming” not to?’

But as Susanna Reid tried to tell the fitness instructor her comments could be hurtful, she exclaimed: ‘How? We’re pussy-footing around it.

The fitness instructor, from Essex, was slammed by viewers as she suggested that people should be fat-shamed to encourage them to lose weight

‘We need to say fat is not necessarily ugly. But it’s killing you. It’s clogging up your arteries, it is bad. Being fat is bad.’

Christopher went on: ‘A lot of people die though, anorexia, all kinds of things.’

But Dani was quick to retort: ‘Not nearly as many though.’

The segment stunned viewers, with many deeming the fitness instructor ‘a bully’. 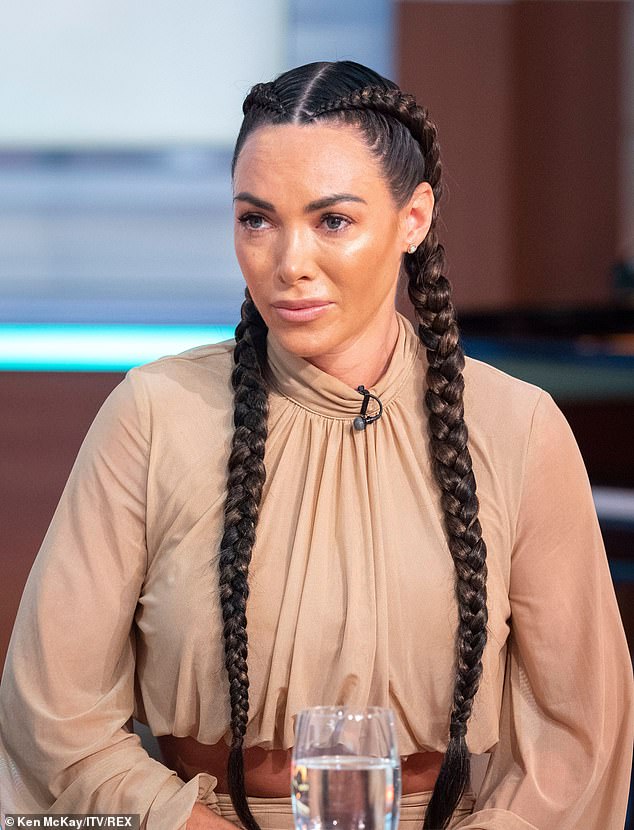 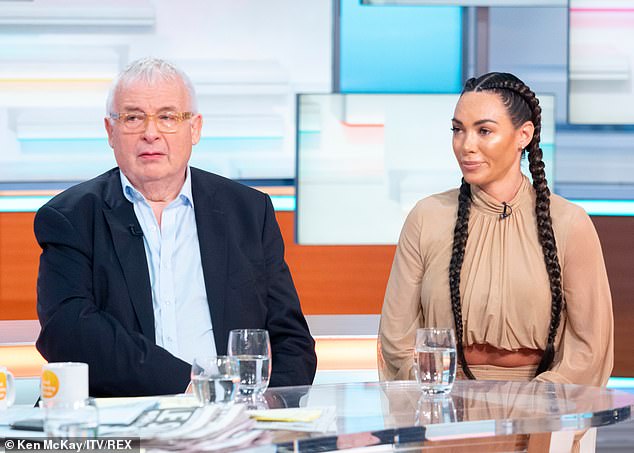 Viewers were left stunned by the segment, which saw fitness instructor Dani clash with actor Christopher

One wrote: ‘It’s all a mental battle that people need more support with! Fat shaming does not HELP!’

Another commented: ‘Fat shaming is just bullying disguised as concern. It’s simply not the answer to a complex problem. The opposite of fat shaming is not celebrating obesity either, no one is “celebrating” obesity.’

Another added: ‘No it’s disgusting to fat shame. There is a lot of people depressed and committing suicide due to being bullied due to their weight.’