As anyone who loves a dessert in McDonald’s will know, it’s often hard to choose between an apple pie and a McFlurry.

But in groundbreaking fast food news, it has emerged that the burger chain is set to combine the two for an all-new apple pie McFlurry.

It is part of a promotion with UberEats customers until next Tuesday, but will be a permanent addition in their restaurants from Wednesday (September 5).

Welcome to heaven: The newest item of the McDonald’s menu, the Apple Pie McFlurry

The new McFlurry is made from traditional vanilla ice cream, sprinkled with bite size apple pie pieces and a caramel sauce.

A McDonald’s spokesman said the item addition was a result of listening to their loyal customers.

A ‘hybrid’ Chicken Big Mac was a recent a popular recent addition to the McDonald’s menu.

In 1971, the first McDonald’s restaurant was opened in Australia in Yagoona, 20km south-west of Sydney’s CBD.

Today, over 970 restaurants featuring the iconic golden arches can be found across the nation. 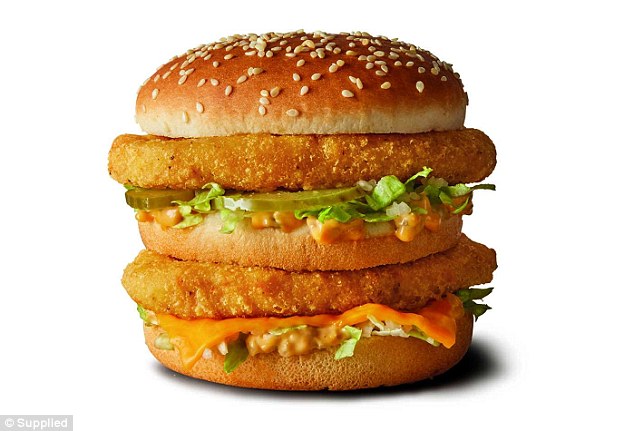