A Good Samaritan couple who put up a cross at the spot where a two-year-old girl was found dead in a high-profile case from 2008 says it has mysteriously disappeared for the third time.

The remains of Caylee Marie Anthony, 2, were found in Orlando after she went missing for five months.

Her mother, Casey Anthony, went on trial and was acquitted for her daughter’s murder in 2011.

The sensational case attracted nationwide attention, with Casey Anthony being tagged with the title ‘America’s most hated mom’ after it was learned she went partying and got tattoos after her daughter went missing.

Wally Goodnough of Sarasota, Florida created a fourth cross to mark the spot where Caylee Maria Anthony’s remains were found. The first three crosses that he installed at the site mysteriously disappeared

The remains of Caylee Marie Anthony, 2, were found in Orlando after she went missing for five months. Above is one of the crosses that disappeared at the site 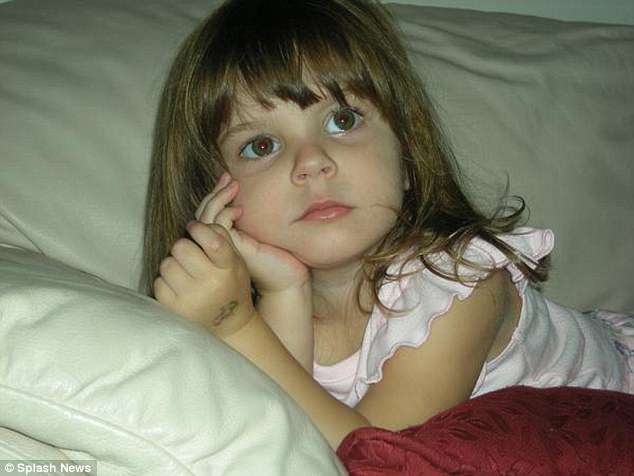 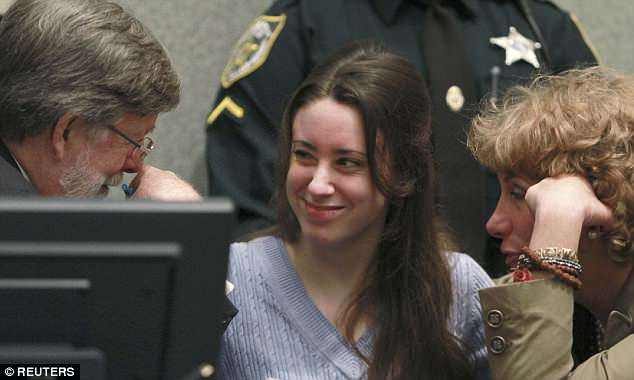 Her mother, Casey Anthony, went on trial and was acquitted for her daughter’s murder in 2011

A couple from Sarasota, Florida – Wally and Jeanine Goodnough – went to the swampy area where Caylee Marie’s remains were found and planted a cross in the girl’s memory.

But the cross was stolen.

The couple replaced it with a new cross, which was also stolen.

They then planted a third cross. That, too, was stolen two years ago.

‘This is the fourth cross that’s going to Orlando. Three others have been stolen,’ Wally Goodnough told WTSP-TV as he stood alongside the latest cross he had made.

Even though he’s a total stranger who never knew Caylee Marie, Wally Goodnough said his being a grandfather inspired him to memorialize her. 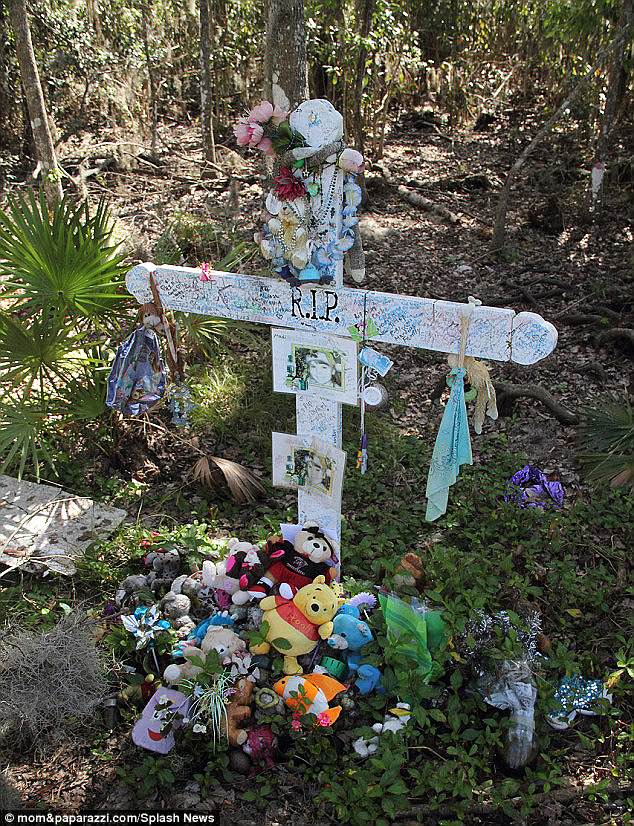 ‘When we went there, it was swamp,’ he said.

‘People were throwing toys on the ground. This gave them a place to put the toys. It was done out of love for a little girl we never met … it’s why we still do it today, so she’ll be remembered.’

The fourth cross, which is made of PVC, includes replica butterflies and angels.

‘The butterflies they are free she can now go where she needs to go,’ Goodnough said.

‘The purple heart, this was Caylee’s favorite color. The heart is for love and the flowers for love to let her know someone loves her and she is not forgotten.’

Goodnough says he has visited the site often because it has been neglected. He has traveled up to Orlando to mow the grass and remove trees that were knocked over during hurricanes.

He says he plans to drive to Orlando on Saturday and put in the new cross.

Goodnough is pleading with the public to let the cross stay in place.

‘Please don’t steal it again. Let it be there for this little girl. It’s in honor of her. Nobody else is doing it for her, including her grandparents or her mother … This little girl was a real person and she didn’t get to live her life like all little kids should.’