Good Samaritans raise over $10,000 for empanada vendor, 80, who was robbed twice in two weeks, including once at gunpoint, as he sold his $1 treats

Good Samaritans have helped raise over $10,000 for an 80-year-old Chicago empanada vendor who sells his treats for just $1 each and was robbed twice in the last two weeks.

He’s trying raising $15,000 to retire in Mexico and to place a new cross over his wife Juana’s grave as she passed away several years ago.

Despite his hard efforts, he’s been robbed twice over the last two weeks, once terrifyingly at gunpoint where he lost his meager $38 dollar profit made that day.

Widower Modesto Fuentes, 80, is an empanadas vendor in Chicago who was robbed twice over the past two weeks as he sold his treats, including once at gunpoint 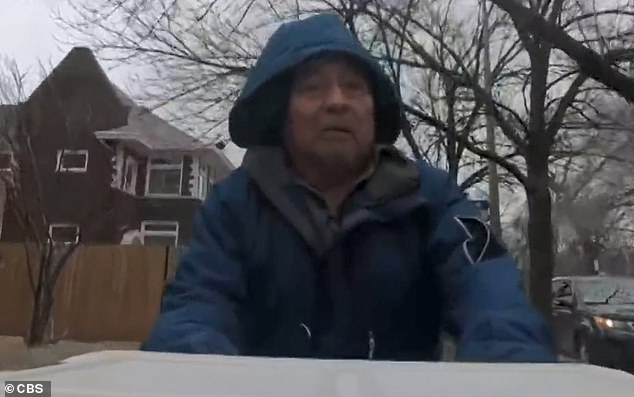 The modest man is trying to save up $15,000 to retire in Mexico and to visit his wife Juana’s grave 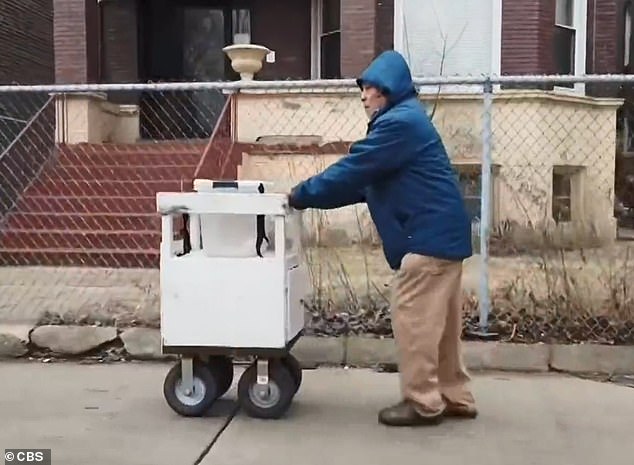 ‘They took $40 and four empanadas. I just want to earn an honest living,’ Fuentes said through a translator to CBS.

When his customer Tania Rangel heard of the robbery she was outraged and shared his harrowing story on Facebook.

‘I just wanted to have people support him. People were commenting, “hey, start a GoFundMe for him,”‘ Rangel said.

Rangel set up the GoFundMe page to win back Fuentes’ losses, starting out with a of $1,000. But she was left completely shocked by the overwhelming support that flooded her way.

‘I started with a goal of $1,000, just trying to help him. And then it started raising and raising. People were like, “add more, add more,”‘ she said. 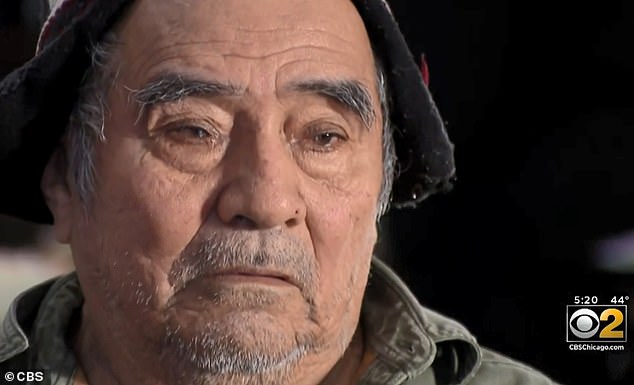 ‘They took $40 and four empanadas. I just want to earn an honest living,’ Fuentes said, recalling how he was robbed twice in the past two weeks 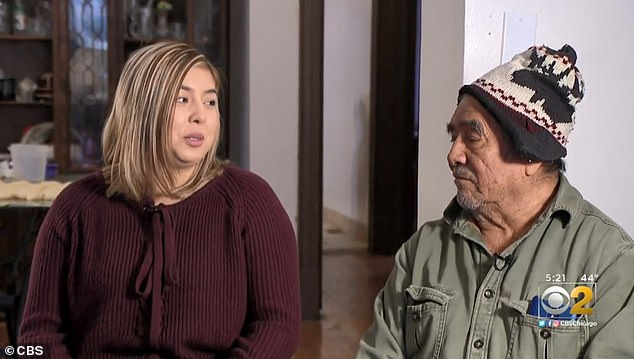 Customer Tania Rangel (left) heard of the robbery, shared his story online, and started the GoFundMe page for him 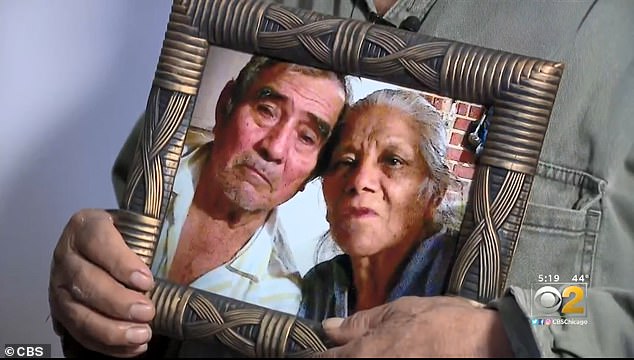 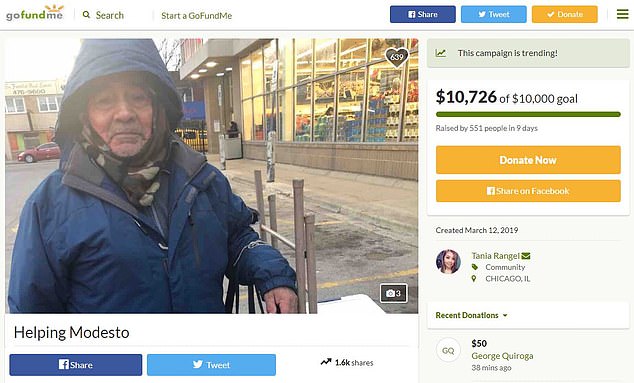 The GoFundMe page raised a whopping $10,726 by Friday morning

More than 550 kind-hearted people have donated to Fuentes’ cause.

‘I see my dad in him and I wanted to do whatever I could for him,’ Rangel said.

She details Fuente’s dire situation on the GoFundMe page, explaining that life has been difficult for him following his wife’s death.

‘His name is Modesto and he sells delicious empanadas and I have been buying from him the last few years. I ran into him today and he told me about how hard it has been lately. His wife died a couple years ago and his only job is to sell these empanadas,’ she wrote in the page.

‘He has been robbed a couple of times and as recent as two days ago he was robbed at gun point and they took the only $38 dollars he had made the whole day! This hurt my soul to know people are stealing and terrorizing an older man that is out in the hot and cold making a few dollars a day!’ she added, urging people to donate.

The initial goal of the page was to recover his losses and the cost of future groceries but it looks like it may soon reach $15,000, giving Fuente the Mexico retirement he’s always dreamed of.