A privacy group says in a letter to Federal Trade Commission that Google has violated the terms of a 2011 settlement because of practices exposed in an Associated Press report this week.

The Electronic Privacy Information Center says in the letter to the FTC that Google’s recording of time-stamped location data — even after users have turned off a setting called Location History — ‘clearly violates’ the 2011 settlement.

The center lobbied the FTC to take action on Google nearly a decade ago.

Days after an Associated Press investigation revealed that Google is storing the locations of users even if they turn a privacy setting called ‘Location History’ off, the company has changed a help page that erroneously described how the setting works

That helped lead to the settlement in which Google agreed to a 20-year monitoring regime and vowed to not misrepresent the degree to which users have control over private data.

Three days after the AP story was published Monday, Google altered a help page explanation but didn’t change its tracking.

The search giant revised a help page that erroneously described how its ‘Location History’ setting works.

The page now clarifies that Google still tracks their location even if they turn the setting off.

The move follows an explosive report by the Associated Press, which revealed that several Google apps and websites store user location even if users turned off Location History.

Google has not changed its location-tracking practices since the investigation was published.

The help page now states: ‘This setting does not affect other location services on your device.’

It also acknowledges that ‘some location data may be saved as part of your activity on other services, like Search and Maps.’

Previously, the page stated: ‘With Location History off, the places you go are no longer stored.’

The change appeared to have been made to Google’s website midday Thursday.

Researchers created a map of the movements of Princeton postdoctoral researcher Gunes Acar, who carried an Android phone with Location history off (pictured)

Google acknowledge the change in a statement to reporters.

‘We have been updating the explanatory language about Location History to make it more consistent and clear across our platforms and help centers,’ Google said in a statement to the AP.

The AP investigation found that even with Location History turned off, Google stores user location when, for instance, the Google Maps app is opened, or when users conduct Google searches that aren’t related to location.

The researchers found Google logs a record of your current location each time you open its turn-by-turn navigation app, Google Maps. 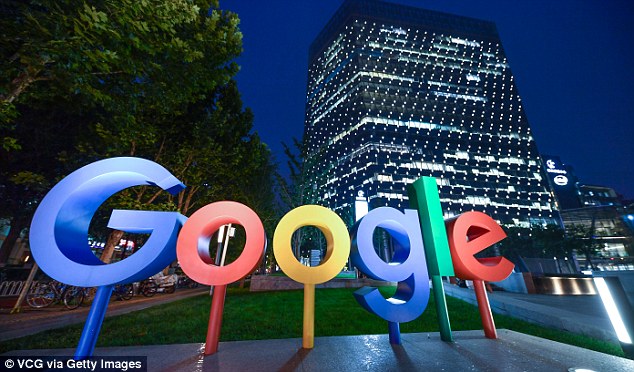 Even with Location History turned off, Google stores user location when, for instance, the Google Maps app is opened, or when users search things that aren’t related to location

Storing your minute-by-minute travels carries privacy risks and has been used by police to determine the location of suspects – such as a warrant that police in Raleigh, North Carolina, served on Google last year to find devices near a murder scene.

Silicon Valley tech giants are under increasing scrutiny over their data practices, following a series of privacy scandals at Facebook.

Last year, the business news site Quartz found that Google was tracking Android users by collecting the addresses of nearby cellphone towers even if all location services were off.

Google changed the practice and insisted it never recorded the data anyway.