Google has been forced to delay the first major update for its Pixel 6 and 6 Pro smartphones by a month while it fixes an embarrassing software glitch.

The tech firm said it needs more time to investigate the recently-discovered issue of calls dropping out and disconnecting for devices with the software update installed.

A fixed version of the update will be released by late January, according to the firm, which released both the Pixel 6 and 6 Pro flagship phones in October.

However, one commentator has slammed the California tech giant for taking so long to release an important bug fix, calling it ‘very poor form on Google’s part’.

The newly-released Google Pixel 6 and Pixel 6 Pro smartphone models are pictured on display at the Google Store in New York. Google has said the first major update to its flagship devices has been delayed by a month so it can fix a software bug 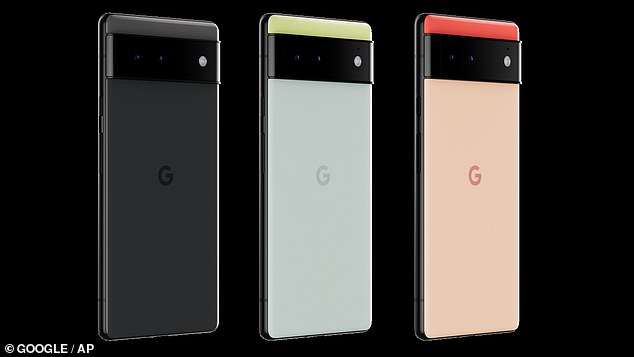 The ‘completely reimagined Google Phones’ are powered by Google Tensor, the first processor designed by the California firm, with a focus on artificial intelligence

The latest Google flagship smartphones come with 24 hour battery life, ‘its most advanced camera yet’ and Google Tensor, the first processor designed by the firm.

After entering the smartphone market in 2010 with the Nexus brand, Google kicked off the Pixel phone line in 2016.

But the first major update to the new Pixel 6 and 6 Pro flagship devices has been delayed by a month so Google can fix a software bug.

The first major update to the devices started rolling out in mid-December and includes fixes and features like Quick Tap to Snap, which lets users access Snapchat directly from the lock screen simply by tapping the back of the phone twice.

But since the update’s rollout, Google has noticed some users reporting that calls were dropping or disconnecting, leading the firm to pause the rollout.

‘The Pixel team paused the December software update to Pixel 6 and Pixel 6 Pro devices after some users reported calls were dropping or disconnecting,’ Camille Vogl, community manager for Pixel at Google, said in a brief post.

‘We have now identified a fix that will roll out in a software update by late January.

‘This update will also include all the fixes and improvements that were originally planned in December.

‘We sincerely apologise for the inconvenience and appreciate your patience as we roll out the fix.’

Vogl also said that ‘no action is required’ for people who aren’t experiencing any issues, suggesting the bug isn’t affecting every Pixel 6 and 6 Pro that have the software update.

She also suggested using the Android Flash Tool to install an old build of Android 12 onto their device, but this involves performing a factory reset and backing up devices to avoid losing valuable data.

As pointed out by Droid Life, owners of the Pixel 6 and 6 Pro with the update have the option to either wait a month for the fix or use the Android Flash Tool – but it called both of these options ‘terrible’.

‘Both of those options suck and Google should do better,’ Droid Life says. ‘In our eyes, it shouldn’t take so long to get an important bug fix out the door.

‘Additionally, telling the public to use Flash Tool to revert to older builds and wipe their devices? Are you kidding?’

Alternatively, owners of the Pixel 6 and 6 Pro with the buggy update can use another phone for the time being, although this is not ideal so soon after shelling out hundreds of pounds on the new Google flagship. 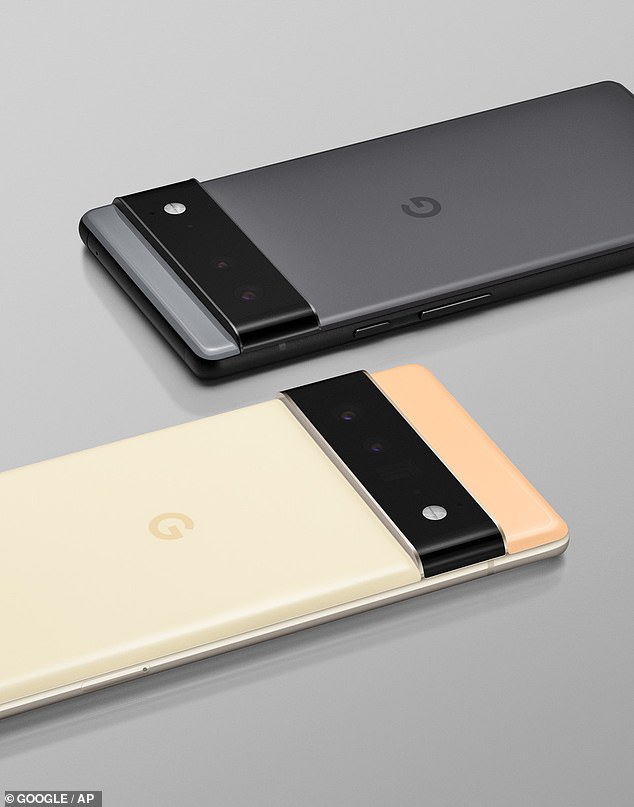 After entering the smartphone market in 2010 with the Nexus brand, Google kicked off its Pixel smartphone line in 2016.

Google’s Pixel 6 and 6 Pro – the latest in its Pixel smartphone range – went on sale on October 28 this year following months of anticipation.

Pixel 6 Pro has the same features as the standard Pixel, but adds a larger, faster 120Hz display, and an upgraded rear cameras including a telephoto lens.

Last year it was revealed that Pixel 4 was discontinued just nine months after sales kicked off in October 2019, although Google didn’t disclose why.