The Google Doodle for Tuesday, October 30 celebrates Halloween with an interactive, gaming twist.

Marking Google’s first-ever multiplayer interactive game Doodle, the Halloween game, called the Great Ghost Duel, pits users around the world against each other in two teams as they try to amass as many points as possible.

Here is all you need to know about the Halloween Google Doodle game including what is it, how to play it and win it, and what is a Google Doodle.

The Google Doodle for Tuesday, October 30 celebrates Halloween with a multiplayer game

What is the Halloween Google Doodle game?

Powered by Google Cloud, the game is called the Great Ghost Duel and is the search engine giant’s version of Trick-or-Treat. Users team up as either green or purple ghosts and compete to collect as many ‘wandering spirit flames’ before the moon sets in two minutes.

‘Today’s annual Halloween Doodle marks a wickedly exciting milestone: our first-ever multiplayer interactive game Doodle, powered by Google Cloud! Join in as ghosts around the world gather to play their own version of Trick-or-Treat: The Great Ghoul Duel!’ the search engine wrote in a post.

To make the game possible, Google had to create new systems that would enable multiplayer contests. This included the integration of Open Match, a scalable, open-source matchmaking system that Google Cloud co-founded. 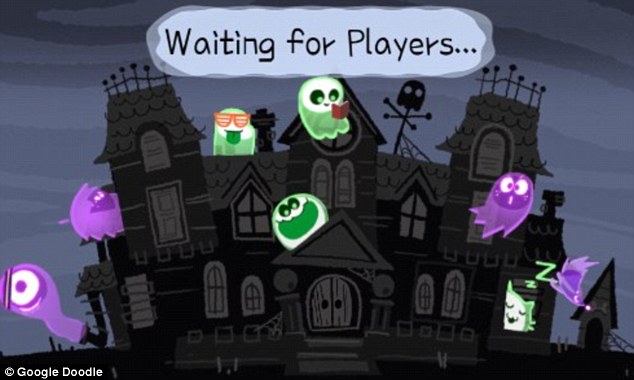 In a first for Google Doodle, the Great Ghost Duel is a multiplayer, interactive competition

How to play the Great Ghost Duel

Getting to grips with the game is relatively straightforward. Users play as either green or purple ghosts to collect as many spirit flames for their side in two minutes.

To move around the map, use the arrow keys. As you collect more wandering spirit flames, which will be blue, they will start to form a chain behind you.

The more you get, the longer the chain-link gets. However, with that come risks. Flames can be collected around the map or stolen off the end of the opposing ghost’s chain-link, meaning you’re just as vulnerable if your tail gets too long.

The points are only counted when you deposit the collected flames at your base. The more you deposit in one go, the better bonuses you get. Bonuses include a speed boost and night vision.

How to play with family and friends

A fun feature of the game is the option to play with family and friends. At the start of a new game, click ‘Host Game’.

A special link will be generated that you send out to the people you want. You can send the link to as many as seven people.

Google Doodles are traditionally small illustrations or animations that appear in the Google logo on the search engine’s homepage.

Today’s Google Doodle multiplayer game is a first for the tech giant.

The first time a Google Doodle was used was in 1998, when Google founders Larry Page and Sergey Brin visited the 1998 Burning Man Festival.

To commemorate their trip, the founders drew a stick-man standing behind the second ‘o’ in the Google logo.