The Google Doodle for March 20, 2018 celebrates the spring equinox, a day that is viewed as marking the beginning of spring in the Northern Hemisphere.

Meanwhile, in the Southern Hemisphere, March 20, 2018 marks the autumnal equinox.

What is the spring equinox?

The Spring Equinox is the astronomical event when the length of the day and night are equal, with the former gradually becoming longer at the higher latitudes.

That is because, as the National Oceanic and Atmospheric Administration (NOAA) explains, it takes longer for the sun to rise and set.

The equinoxes are related to the axis of the Earth and its orbit around the sun, and they are not fixed.

The days after the spring equinox will get longer and culminate in a summer solstice, which will mark the longest day of the year.

The length of night and day is equal all over the world on March 20. 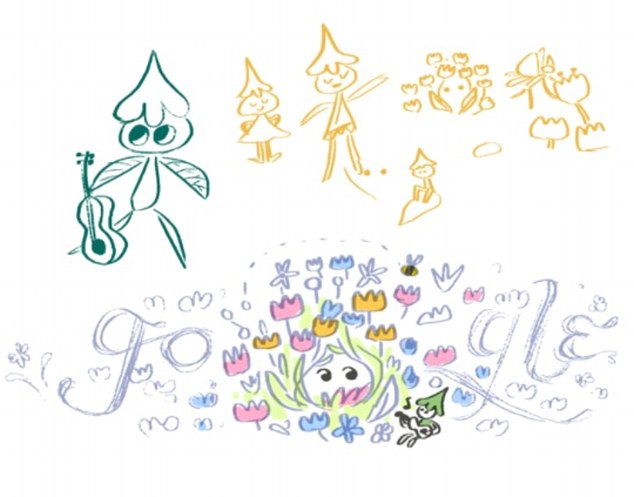 Going by the astronomical calendar, which interprets seasons in relation to the Earth’s 23.5 degree axis and the sun’s position over the equator, the spring equinox marks the first day of spring.

Google Doodles is the way in which the tech giant commemorates cultural events and significant moments in history. They are celebrated on the Google homepage with a doodle – an illustration or animation – that is incorporated into the Google logo.

The first Google Doodle commemorated the Google founders’, Larry Page and Sergey Brin, trip to Burning Man Festival 1998. The doodle consisted of nothing more than a stick man standing behind the second ‘o’ in Google.

After users responded positively to such additions to Google’s homepage logo, the doodles became an everyday event.

Today, a team of ‘Doodlers’ – illustrators, graphic designers, animators and artists – work on the Google Doodles. The logos are hyperlinked to a page that provides the reader with more information about the cultural event being celebrated.

Recent Google Doodles include celebrations of the Paralympics 2018 and Pi Day.

The latest Google Doodle, by Sophie Diao, celebrates the spring equinox 2018 with an animation showing this year’s seasonal Doodle series protagonist, Quinn, ‘strumming a pleasant tune to coax a mysterious creature out of hiding’.

‘With a mild breeze and beautiful flowers, would it be, could it be, spring?’ asks the Google Doodle.