About a dozen Google employees have resigned in protest over the tech giant’s involvement with a project in which it is helping the Pentagon develop artificial intelligence for military drones.

Codenamed Project Maven, the new technology being developed by Google will analyze aerial surveillance video to look for patterns that can help operators.

It comes as military bosses say the thousands of military and civilian intelligence analysts are ‘overwhelmed’ by the amount of video being recorded over the battlefield by drones with high resolution cameras.

A number of Google employees had expressed dissatisfaction with the company’s involvement due to the ethical concerns related to helping the Pentagon with its controversial drone program.

Specifically, Google workers feel that human beings – and not algorithms – should be responsible for conducting military-related operations.

They also believe that Google should have no ties to the military whatsoever.

News of the resignations was reported on Monday by Gizmodo.

The web site also reported that among the many employees who are still at the company there is anger over what they perceive is management’s being less attentive to their concerns.

In years past, Google executives have reportedly encouraged their work force to be up front in voicing their opinions about potentially controversial business decisions.

‘Over the last couple of months, I’ve been less and less impressed with the response and the way people’s concerns are being treated and listened to,’ one employee who resigned said.

Aside from the resignations, some 4,000 Google employees circulated an internal petition expressing their opposition to the company’s involvement in Project Maven.

The petition demands that the company cut all ties to Project Maven and pledge to avoid any future contracts with the Pentagon or other militaries.

But Google management appears to be unmoved by employee opposition.

The Mountain View, California-based is intent on submitting a bid for a massive cloud contract with the Department of Defense.

The Joint Enterprise Defense Infrastructure (JEDI) is a plan that would have Silicon Valley provide basic cloud computing services to the military, according to Gizmodo. 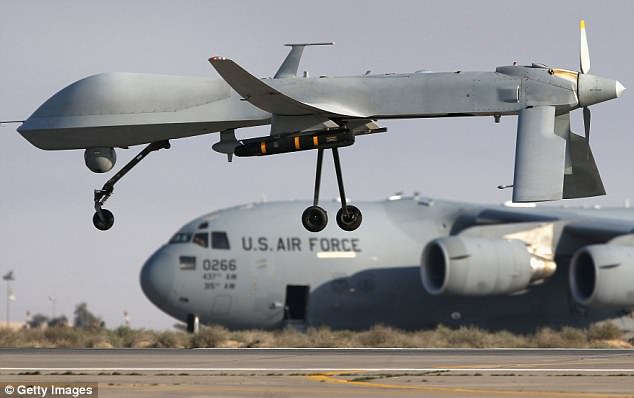 Codenamed Project Maven, the new technology being developed by Google will analyze aerial surveillance video to look for patterns that can help operators. A U.S. Air Force MQ-1B Predator drone carrying a Hellfire missile lands at a secret base in the Persian Gulf in January 2016

The multi-billion dollar contract is being sought by the largest tech firms in what is becoming a fierce competition between the likes of Google, Amazon, Microsoft, Oracle, IBM, and Rean Cloud LLC, according to Tech Crunch.

Google has responded to employee opposition by claiming that its work on Project Maven is non-combat in nature.

The company also claims that it is merely providing the Pentagon with open source software – meaning that the military could still use the technology even if it didn’t pay Google.

But the resigning employees say that Google should be a company devoted solely to advance technology in the civilian realm.

‘It’s not like Google is this little machine-learning startup that’s trying to find clients in different industries,’ a resigning employee said.

‘It just seems like it makes sense for Google and Google’s reputation to stay out of that.’

The resigning employee also said that Google promised to look into ethical concerns only after it officially entered into its contract with the Pentagon.

Those concerns, the employee said, ‘should have been addressed before we entered this contract.’

Tech workers across a number of Silicon Valley companies are opposed to their firms entering into partnerships with the Department of Defense.

A group that calls itself the Tech Workers Coalition comprising of employees from Google, Amazon, Microsoft, and IBM circulated an online petition demanding that Silicon Valley companies shun contracts with the Pentagon. 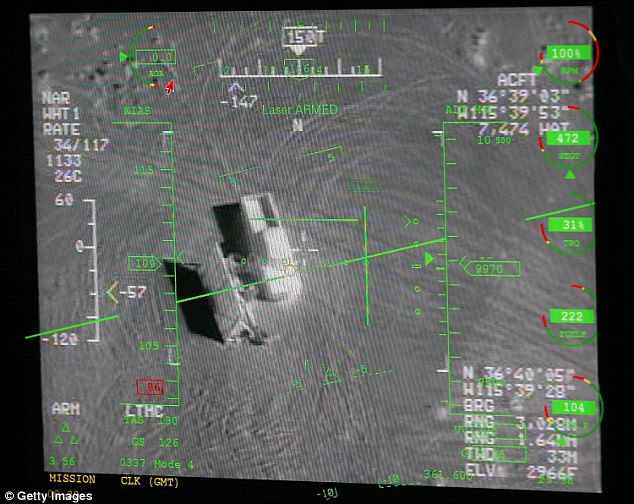 It comes as military bosses say the thousands of military and civilian intelligence analysts are ‘overwhelmed’ by the amount of video being recorded over the battlefield by drones with high resolution cameras. Footage above shows images captured by a drone in 2007

‘We are tech industry employees concerned about the lack of accountability, accuracy, and safety in the use of artificial intelligence (AI) technology in offensive capabilities of the U.S. Military,’ the petition read.

‘Many of us signing this petition are faced with ethical decisions in the design and development of technology on a daily basis.

‘We cannot ignore the moral responsibility of our work.

‘We believe that tech companies should not be in the business of war, and that we as tech workers must adopt binding ethical standards for the use of AI that will let us build the world we believe in.

‘Google should break its contract with the Department of Defense (DoD).

‘We invite all supporters to join us in amplifying our demand for private tech companies to stay out of the business of war.’

Another petition signed by over 250 academics from the fields of artificial intelligence, ethics, and computer science expresses support for the Google employees while also calling for a comprehensive ban on autonomous weapons systems and ‘killer robots.’

‘If ethical action on the part of tech companies requires consideration of who might benefit from a technology and who might be harmed, then we can say with certainty that no topic deserves more sober reflection – no technology has higher stakes – than algorithms meant to target and kill at a distance and without public accountability,’ the letter states.

‘Google has moved into military work without subjecting itself to public debate or deliberation, either domestically or internationally.

‘While Google regularly decides the future of technology without democratic public engagement, its entry into military technologies casts the problems of private control of information infrastructure into high relief.’

Google declined to comment on the resignations, though it did release a statement in April which read: ‘An important part of our culture is having employees who are actively engaged in the work that we do.

‘We know that there are many open questions involved in the use of new technologies, so these conversations – with employees and outside experts – are hugely important and beneficial.

‘The technology is used to flag images for human review and is intended to save lives and save people from having to do highly tedious work.

‘Any military use of machine learning naturally raises valid concerns.

‘We’re actively engaged across the company in a comprehensive discussion of this important topic and also with outside experts, as we continue to develop our policies around the development and use of our machine learning technologies.’