Google Home speaker does not know who Jesus Christ is

He may be one of the most famous figures in history, but it appears the Google Home smart speaker doesn’t know who Jesus is.

At least, that’s according to several outraged users who have accused Google of deliberately filtering its results to fit its own agenda.

They claim that despite not providing any details about Jesus, the smart speaker can still able identify Buddha, Muhammad and Satan.

When people asked their speaker ‘Who is Jesus?’ the general response from Google Home seems to be ‘I’m not sure how to help you with that.’

One television producer in Nashville compared the theological knowledge of Google Home and Amazon Alexa during a Facebook Live video.

The producer said Alexa could pull up information online about Jesus, Google Home said it had nothing to say – something which needed addressing ‘immediately’ he said.

Sams said his Google Home knew who he was but could not identify Jesus.

‘I don’t know if there’s some kind of wizard making these decisions or if it’s some kind of oversight but whatever it is, they need to address it immediately’, he said.

HOW DOES GOOGLE HOME CHOOSE WHAT TO SAY?

Google Home does talk about Jesus when asked about the Last Supper or Saint Peter, other users claim.

‘It knows who Saint Peter and Paul and the rest of the crew, but it won’t talk about Ol’ Yeezy. Christ, Jesus, Jesus Christ; nothing’, wrote Reddit user ‘EvilVegan’.

‘Muhammad, Buddha, Smith, Koresh, Vissarion, anything else; sure. As an atheist, this offends me’, the user wrote.

Another user, ‘Monicakmtx’ also asked ‘Who is Jesus’ and the speaker said ‘sorry I can’t help with that yet’.

‘EvilVegan’ suggested this is because if you Google ‘Who is Jesus’ three Christian websites come up before the Wikipedia page.

This could be a function of the search algorithm rather than Google deliberately filtering results. 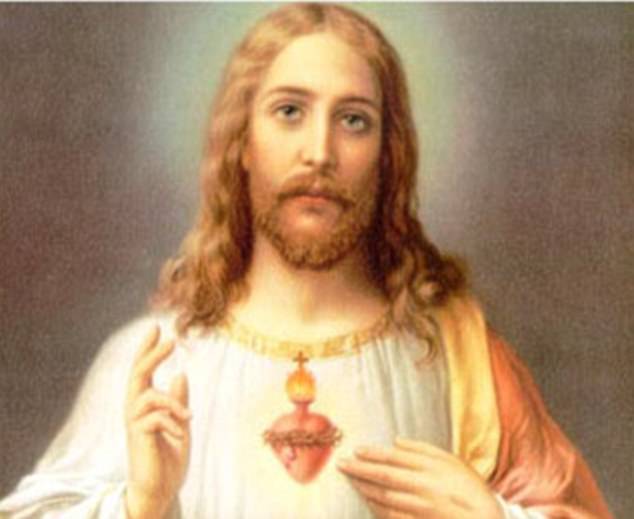 When asked who is Jesus, Jesus Christ or God is, the smart speaker says it does not know the answer

However, it seems not all users get the same response.

Reddit user ‘Kittymowmowmow’ said it gave the Wikipedia page for Jesus when asked ‘Who is Jesus Christ?’.

‘It was a pretty detailed response.. Could it be a form of add profiling. Like since I Google Christian stuff’.

‘Alwayssunnyinarizona’ also asked and got the Wikipedia page for Jesus.

‘I asked it who Jesus of Nazareth was and it read a Wikipedia entry’, said another Reddit user ‘Ddbaxte’.

HOW CAN YOU FIND OUT IF GOOGLE HAS RECORDED YOUR PRIVATE CONVERSATIONS?

What does Google’s Voice Assistant record?

Google ‘s Voice Assistant could be recording everything you say.

The feature is designed to allow users to talk to enabled gadgets to search the web, launch apps and use other interactive functions.

As part of this process, Google keeps copies of clips made each time you activate it, but it has emerged that background chatter could be enough to trigger recording.

MailOnline has received a number of transcripts of conversations that show how Voice Assistant may be recording your conversations without you knowing.

One example from an anonymous user appears to have registered the code to their back door entry system, while chatting with a friend.

A written transcript of the conversation said: ‘If you ever get booked down to my house for some reason the key safe for the back door is 0783.’

How can I see what it has recorded?

Your audio is saved to your account only when you’re signed in and Voice & Audio Activity is turned on. Audio can be saved even when your device is offline.

This will enable you to see all the information Google has stored on the history of your account.

To delete any, click on the three dots in the top right corner and choose ‘Delete activity by’.

This will take you to a window where you can pick if you would like to delete any information.

What does Google say about it?

A spokesman for the firm said: ‘We only process voice searches after the phone believes the hot word ‘OK Google’ is detected.

‘Audio snippets are used by Google to improve the quality of speech recognition across Search.’

They added that ambient recording is never transmitted to the cloud.

Google’s support site says that the firm records your voice and other audio, plus a few seconds before, when you use audio activation.

This includes saying commands like ‘OK Google’ or tapping the microphone icon.