Health officials in California have confirmed that an employee at Google visited the tech giant’s campus in Silicon Valley while suffering from measles.

The patient, described only as an adult resident of San Mateo County, entered the Google offices at 1295 Charleston Road in Mountain View on April 4.

Marianna Moles, a spokesperson for the Santa Clara County Public Health, said at a press conference Wednesday there was no additional risk to the public from the Google exposure. 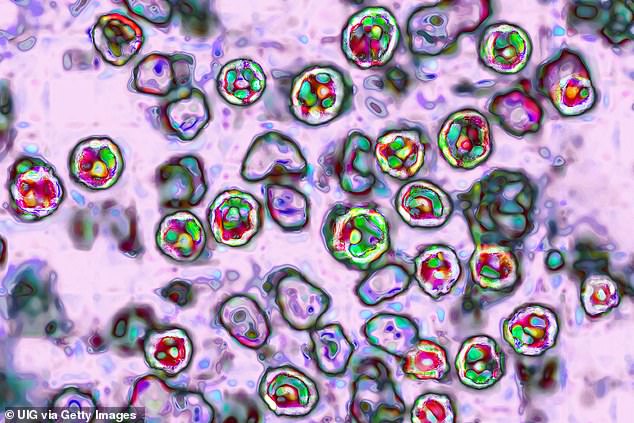 Measles is a highly contagious viral infection that spreads easily from an infected person by coughing, sneezing or even just breathing (virus is pictured under the microscope)

BuzzFeed has obtained an email sent on April 13 by an on-staff doctor at Google to employees in the building on Charleston Road, warning them about the measles exposure as a precaution. It is unclear how many people work in the building.

The offices are located a half-mile away from the sprawling corporate headquarters complex of Google and its parent company Alphabet Inc, known as Googleplex.

The company physician also reached out to the county health officials to report the case.

The April 4 incident at Google is not related to four recent cases of measles reported in Santa Clara County, where vaccination rates are at nearly 97 per cent, reported ABC 7 News.

Meanwhile, health officials in San Mateo County, where the unnamed worker lives, are trying to track the patient’s movements while infected to find out who else might have been exposed.

In one in 15 cases, measles can cause life-threatening complications including pneumonia, convulsions and encephalitis, which could lead to death. 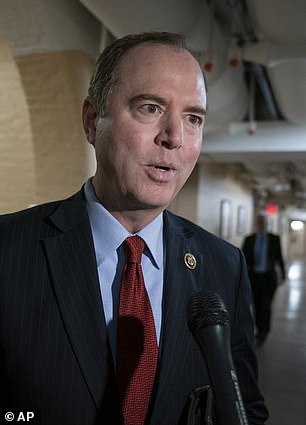 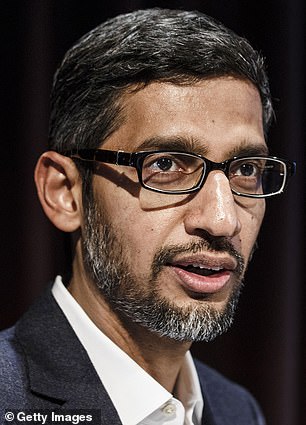 Congressman Adam Schiff (left) in February sent a letter to Google CEO Sundar Pichai (right), urging the company to crack down on anti-vaxxers

The US Centers for Disease Control and Prevention this week said that 555 measles cases have been confirmed so far this year, up from 465 as of a week ago, and the highest number since 2000, when the disease was fully eradicated in the US.

While 20 states, including California, have reported cases, New York has been the epicenter, with nearly two-thirds of all cases.

The nationwide outbreak of the highly contagious yet preventable disease has been partially attributed to a campaign of misinformation that anti-vaccination activists have been waging on social media in recent years.

CNN reported that Congressman Adam Schiff in February sent a letter to Google CEO Sundar Pichai, urging his company to crack down on anti-vaxxers spreading inaccurate information about potential side effects and risks associated with the measles vaccine.

‘I am writing out of my concern that YouTube [owned by Google] is surfacing and recommending messages that discourage parents from vaccinating their children, a direct threat to public health, and reversing progress made in tackling vaccine-preventable diseases,’ the California Democrat wrote.