By Sami Quadri and Holly Bancroft For The Mail On Sunday

You might have thought that the emojis phone users send to say how they feel were a bit of fun and not the least controversial.

But even these plain little round faces have caught the attention of the politically correct brigade, and internet giant Google has responded by launching a small army of ‘gender-neutral’ emojis.

Their features and particularly haircuts have been carefully designed to ensure they are seen as neither male nor female.

The gender-neutral faces have been created after accusations of sexism because emojis have usually appeared to be male since they were invented in Japan in 1997.

Among the 53 new icons are several in occupations or situations that are traditionally the reserve of men, such as construction workers and wrestlers

Among the 53 new icons are several in occupations or situations that are traditionally the reserve of men, such as construction workers and wrestlers.

Others would ordinarily be expected to be female, but instead of a mermaid, for example, the emoji is of a ‘merperson’.

Most of the new emojis have mid-length hair that could conventionally be sported by people of either sex.

Google designer Jennifer Daniel told US business magazine Fast Company: ‘Gender is complicated. It is an impossible task to communicate gender in a single image. It’s a construct.’ 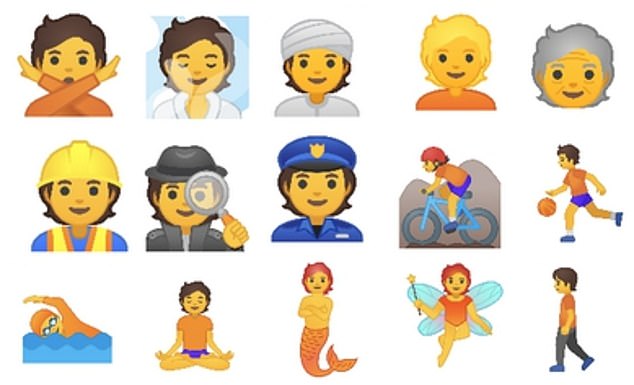 Google designer Jennifer Daniel told US business magazine Fast Company: ‘Gender is complicated. It is an impossible task to communicate gender in a single image. It’s a construct’

Criticising previous gendered icons such as the age-old symbol for a men’s toilet, Miss Daniel added: ‘That person could be a man, woman, anyone.

‘But they had to add a little detail, that dress, and suddenly that person symbol doesn’t mean person any more; it means man. And that culture means a man- centred culture.’

But Frank Furedi, emeritus professor of sociology at the University of Kent, said Google’s launch was just the latest example of the politically correct campaign against men. He added: ‘Delegitimating maleness is now a central feature of woke corporate culture. According to this ethos you can never be too gender-neutral.’

The new emojis will be available on all Android Q mobile phones later this year. 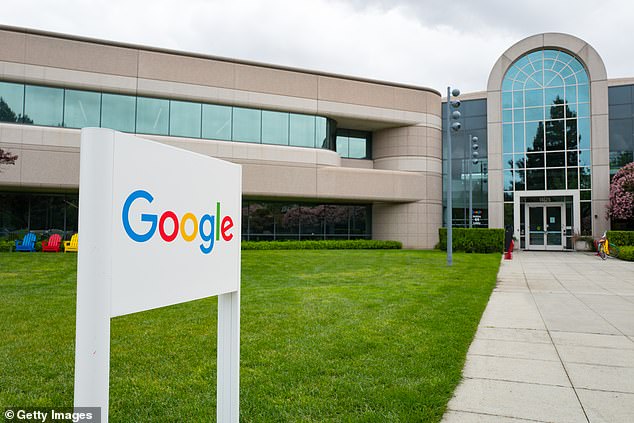 Building 44, which houses employees working on the Android mobile phone operating system, at the Googleplex, headquarters of Google Inc in the Silicon Valley town of Mountain View, California

It comes after Microsoft announced last week that it will launch new software which will change words to be ‘gender-inclusive’ in its latest version of Microsoft Word. The programme will encourage users to avoid sexism, for example by offering to change ‘policeman’ to ‘police officer’.

Miss Daniel sparked controversy last year after announcing the company had removed the egg from its salad symbol emoji in a bid to be more inclusive towards vegans.

She wrote on Twitter: ‘There’s big talk about inclusion and diversity at Google so if you need any evidence of Google making this a priority, may I direct your attention to the salad emoji – we’ve removed the egg… making this a more inclusive vegan salad.’

Google was also embroiled in controversy in 2017 after it fired a software engineer who wrote a memo accusing the internet giant of Left-wing bias.

In a ten-page document, Mr Damore blasted Google for trying to boost race and gender diversity, saying it should place more value on ‘ideological’ differences.

‘We always ask why we don’t see women in top leadership positions, but we never ask why we see so many men in these jobs,’ Mr Damore said.