The Waldo game will be live for an entire week and Google Maps desktop, Android and iOS users can begin their hunt by simply loading the app and see Wally waving at them from the screen. You can even ask your Google Assistant on your phone, Chromebook or Home device.

With the news being announced in a Google blog post, Waldo said: ‘My last adventure started in sun-sational Mountain View, CA where I visited the terrific team at Google, including Google Maps product managers Max Greenwald and Shreena Thakore. Wow!

‘By the way, I’m not traveling on my own. Wherever I go, my trusty friends Wenda, Woof, Wizard Whitebeard, and even that pesky Odlaw go as well. You can come, too – all you have to do is find me!

‘Starting today, you can use Google Maps to join in my amazing adventures for April Fools this week. Are you prepared for a perplexing pursuit?’ While playing the game, users can win badges throughout their journey and are encouraged to share it with @GoogleMaps on Twitter with the hashtag #WaldoMaps.

Where’s Wally? is a British series of puzzle books that were created by Martin Handford and they consist double-page spreads of illustrations portraying crowds of people in a particular location.

Readers are given the challenge of trying to search for Wally in these books, identified by his red-and-white-striped shirt, hat and glasses, but there are many red herrings.

After increased popularity, the Where’s Wally? franchise became more story-line focused and a television show, comic strip and a series of video games were created. 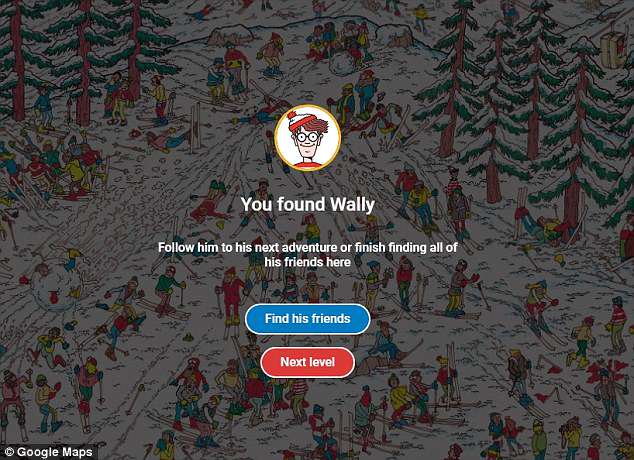 The first Where’s Wally? was first published on September 21 1987 in the United Kingdom

Why is Waldo on Google Maps?

From Saturday, March 31 2018 and for one week only, Google is bringing Where’s Waldo to Google Maps as part of its annual April Fool’s Day joke.

This is the second time that Google have opted to incorporate a brand into their Maps application as in early March 2018, the technology company collaborated with Nintendo’s Mario and replaced the navigation arrow for Mario Day. 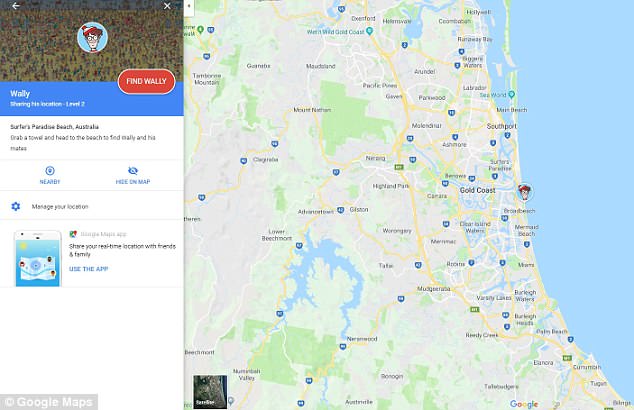 How to play Where’s Waldo in Google Maps

1. Firstly, it is important to ensure that the device that you are using to play Where’s Waldo is updated. You should be able to spot Waldo waving at you as soon as you open the app.

2. The aim of the game is to find Waldo and you will travel to different countries like the Andes Mountains, Pyeongchang in South Korea and Buñol in Spain where La Tomatina is to find Wally and the rest of his friends.

3. Remember that you can only move ahead in a level if you have found Waldo. If you’re in a hurry, you should focus on finding Waldo first.