Google maps show that Sydneysiders are flouting restrictions more than others

Sydneysiders are not following social distancing measures as strictly as Melburnians, according to new data from Apple and Google.

The American tech giants are able to track users’ phone data to determine where they have travelled during Australia’s coronavirus lockdown.

Although the data only takes into account Apple and Google users and not the entire population, the figures give insights into how the cities have responded to tough COVID-19 measures. 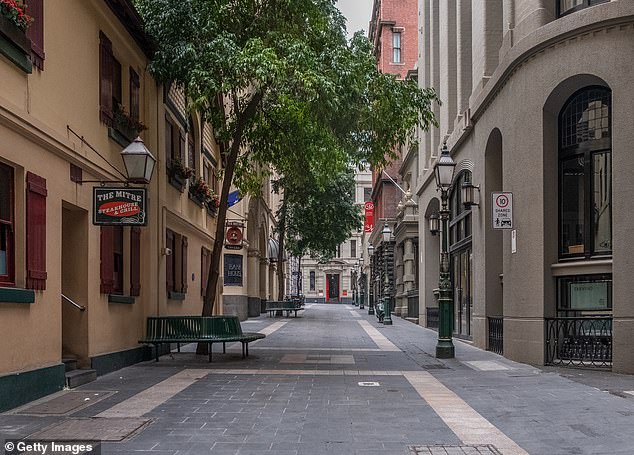 Victoria has moved to a stage three lockdown while the rest of Australia remains at state two. Pictured: A empty laneway seen at Bank place on April 15, 2020 in Melbourne, Australia

In Victoria the figure has dropped by 75 percent.

As a result, driver’s requests for Apple Map routes in Melbourne plummeted 51 percent, walking requests were down 60 percent and requests for buses and taxis slumped 83 percent, compared to mid-January.

But in Sydney the drop off isn’t as big.

Driver’s requests for routes slid 38 percent in the Harbour City, walking requests dipped 56 percent and requests for buses and taxis reduced by 76 percent. 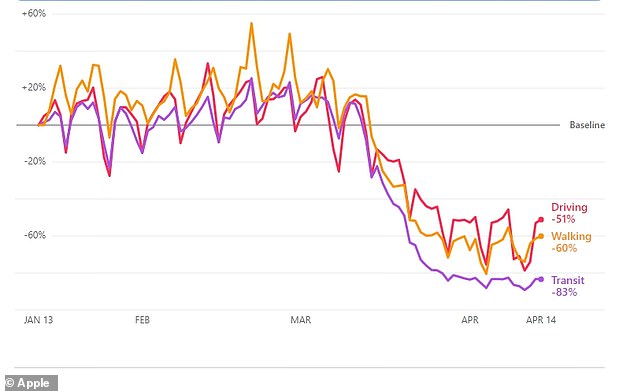 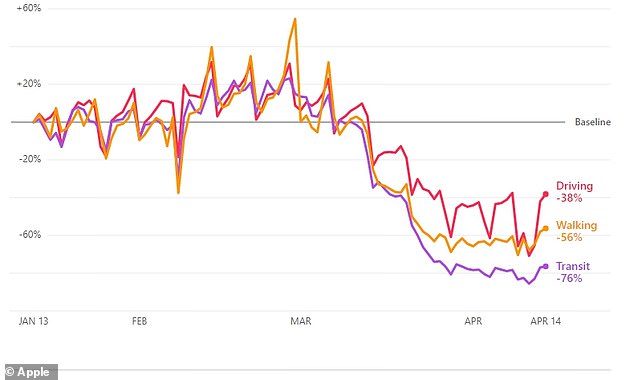 Prime Minister Morrison believes such tracing technology could be used by the Federal Government to track the spread of COVID-19.

He said an app which can help trace those who have come into contact with infected patients could be rolled out in just two weeks.

Similar mobile-phone based tracking has already been deployed by the Singapore Government.

But not everyone is comfortable with the idea of government bureaucrats tracking their movements.

‘The concern is once you roll out technology like this it is very, very difficult to roll it back,’ senior lawyer at the centre Alice Drury told the Guardian Australia on Wednesday.

‘And with this technology human rights really have to be in the design of the technology.’