The government has revealed new Google mobility data that shows people are flocking to parks during sunny lockdown weather and avoiding shops, workplaces and public transport.

In a televised address to the nation on 25 March, Prime Minister Boris Johnson announced that movement would be restricted due to the surge in coronavirus cases sweeping through the country.

Since that date, according to the data collected by Google, there has been a massive drop in people’s movement outside the house, while numbers of people staying at home has risen. 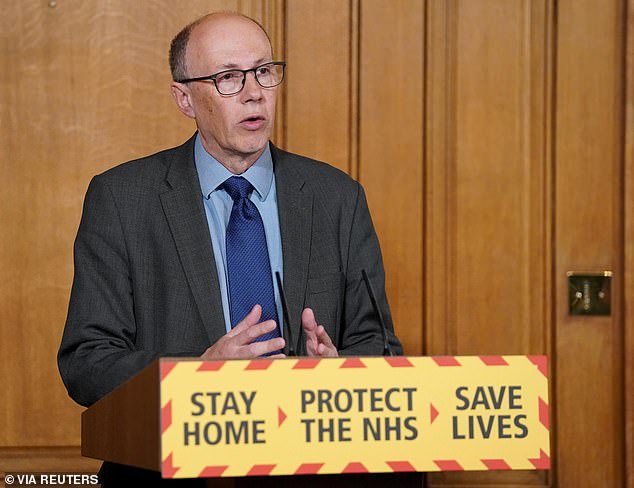 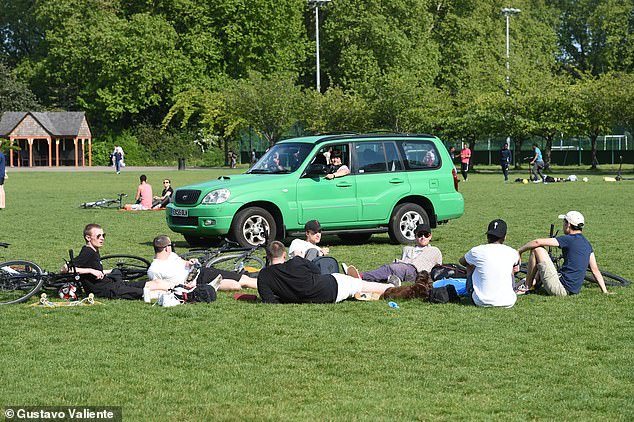 The number of people leaving the house to go shopping for groceries  or to pick up medicine from pharmacies dropped sharply after the announcement and reached a 40 per cent decrease within a week.

Work places, like transit stations and retail centres, had begun to see a reduction of numbers before the announcement, but saw a dramatic decrease of around 50 per cent in the weeks after the prime minister spoke to the country.

People leaving home for retail and recreation has dropped almost 80 per cent in the weeks since lockdown.

One outside trip which has seen a different trend is visits to green spaces.

‘You will see a variation in the use of parks which is consistent with sunny weather,’ Powis told the press conference today. 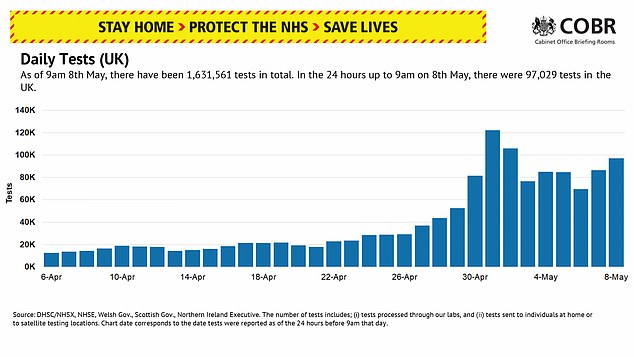 Other graphs showed the number of daily tests was slightly up today, with 97,029 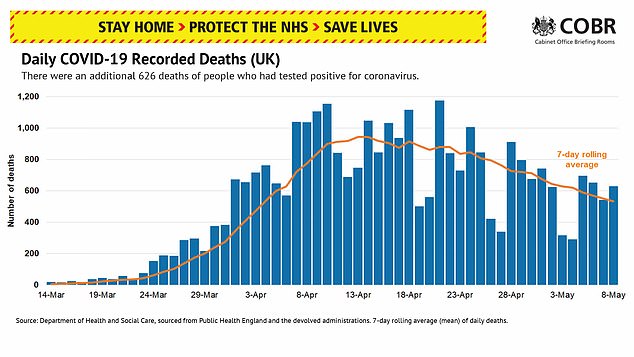 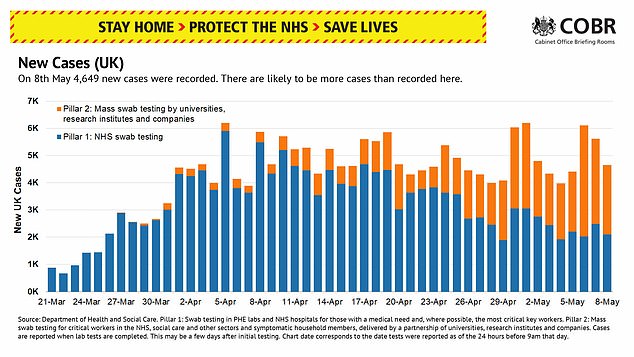 New cases were recorded at 4,649 today, though the preliminary data there were likely to be more to come

Looking at the changes in mobility, Powis added: ‘When it comes to transport, retail, and recreation, there has been a reduction since the social distancing measures have been introduced.’

The Bank Holiday sunshine has seen groups venturing out today, with people caught splashing champagne in the capital’s park, as the sunshine draws revellers to break social distancing guidelines that have been in place for more than a month.

Police ramped up efforts to prevent rule-breakers breaking lockdown by carrying out random stops and patrols at parks, beaches and other popular spaces. 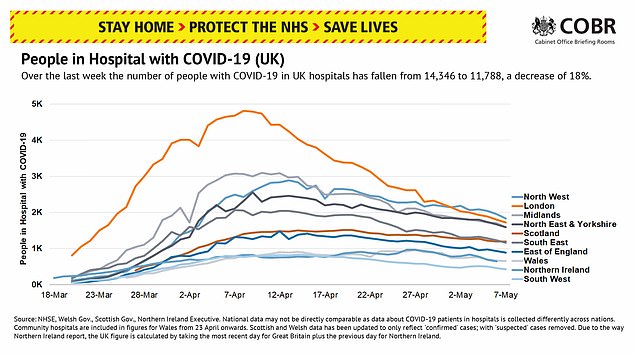 More data shows that those requiring medical attention in hospital for the disease has dropped from 14,346 to 11,788 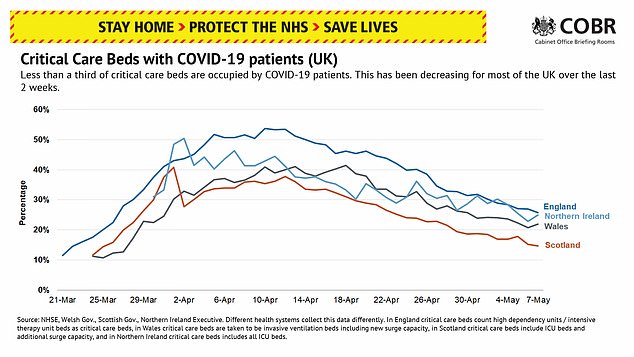 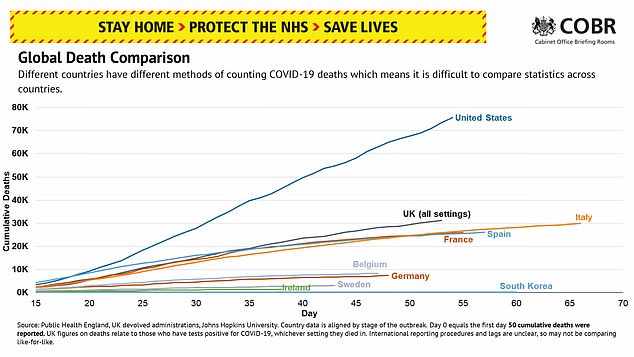 Preliminary data shows the UK in comparison to other nations, while reminding the viewer it is difficult to compare statistics

Another finding from today’s press conferences is that fast food takeaway shops, like McDonald’s and KFC, were never told to shut during the coronavirus crisis but did so because they felt it was not ‘socially acceptable’ to stay open.

Food Secretary George Eustice said the government had never ‘explicitly mandated’ that takeaways had to close.

But he said a combination of reduced footfall, staff anxiety and apparent social pressure had prompted many of the big players in the industry to do so. 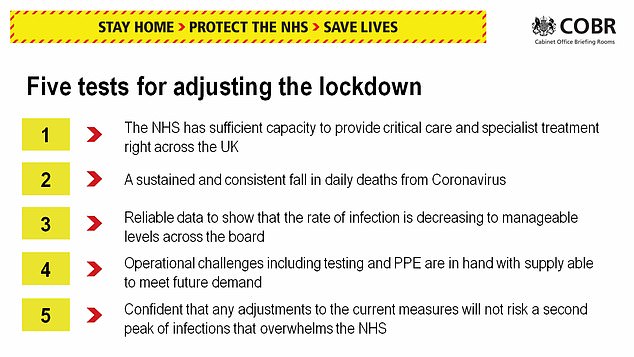 Pictured: The five tests Boris Johnson announced will need to be met before lockdown is loosened

Mr Eustice said he believed it is ‘quite possible for these venues to reopen and reopen safely’ as he insisted drive-through restaurants were ‘made for the social distancing situation’.

A number of companies have now started to reopen their restaurants with pilots in place for some drive-throughs across the country.

Mr Eustice’s comments are likely to now speed up the reopening process.