Google is planning to develop its own range of ‘Pixel’ smartwatches to battle Apple in the wearable market.

The firm already makes Pixel handsets, but has left watches to other manufacturers – although it does produce the Android Wear OS software they run.

Now, it could begin making watches, it has been claimed – and already has prototypes of three different versions.

Google could launch the three Pixel smartwatches later this year at the September event where it usually unveils new Pixel phones.

According to Evan Blass, a noted leaker of upcoming products from major manufacturers, it could be unveiled alongside new Pixel earbuds and the Pixel 3 range.

According to Winfuture, the watches are codenamed  names ‘Ling’, ‘Triton’ and ‘Sardine’.

The devices are expected to use Qualcomm’s upcoming wearable-dedicated chip, which it designed in close collaboration with Google.

It is believed the chip will allow slimmed down watch designs, extend battery life and come with built-in features like a GPS, LTE, WiFi and a heart-rate sensor.

According to Evan Blass, a noted leaker of upcoming products from major manufacturers, it could be unveiled alongside new Pixel earbuds.

It comes as Apple has been awarded a patent for technology intended for use in a ‘circular display’, prompting speculation the company may be developing a circular Apple Watch.

Originally filed in January 2016, the document describes using an array of pixel in rows and columns of varying lengths that create an active area over the entire face – leaving no space unused.

In a world of circular watches, Apple surprised many by opting for a rather chunky rectangle for its first offering. 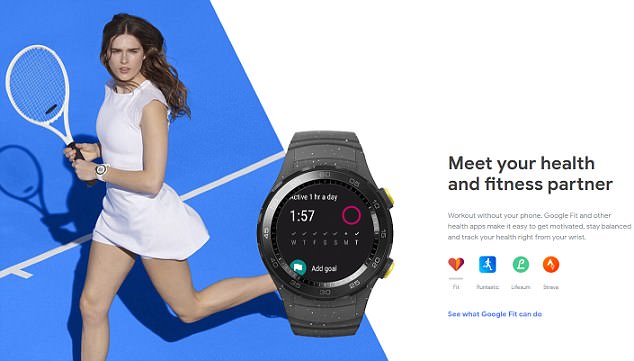 Google already licenses its WearOS software to watchmakers – but now is believed to be planning its own hardware as well.

When the smartwatch was first announced, reports surfaced about what the wearable might look like and many of the ideas pointed to a boxy frame.

The patent itself is for technology developed to combat the challenges that come with a circular frame and smart technology.

Circular displays can have bottleneck regions in which signal lines become crowded, leading to inefficient use of display area.

HOW WILL GOOGLE PUT ANDROID EVERYWHERE?

Alphabet Inc’s Google has launched a spinoff of its Android operating system for home appliances and other machines, following mixed results with Android offshoots for cars, smartwatches and televisions.

‘Android Things’, which arrives as Google opens its annual conference for developers, could bring its Google Assistant virtual helper to refrigerators and robots and familiar designs to cash registers and vending machines.

‘The goal is to enable them to be built faster, cheaper and more secure,’ said Venkat Rapaka, a product management director at Google. 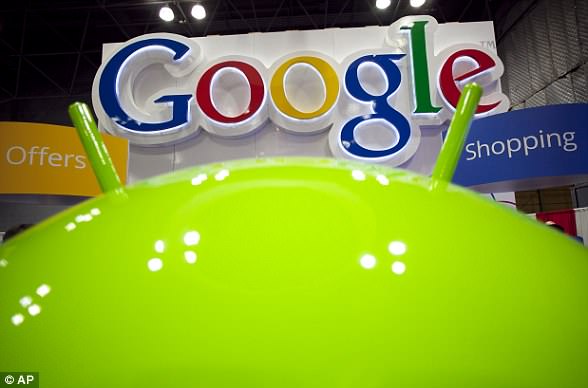 Google has struggled to extend Android’s dominance into other areas over the last four years, technology and financial analysts said

It would therefore be desirable to be able to provide improved displays such as circular displays or other displays with curved edges,’ the patent reads.

The solution to this problem that is currently used in the iPhone, iPad and Apple Watch – arranging an array of pixels in columns and rows.

However, since the display would be a circular shape, these rows and columns have different lengths.

Unlike most displays, Apple also suggests folding data lines back on themselves, which will force them to pass through two or more pixel columns – they may also overlap.

This strategy would not only save space and reduce crowding inside of the watch, but it would also set the pixels in the active area.

Called ‘Electronic device having display with curved edges’, it was filed just eight months after the release of the first generation of Apple Watches.

However, it is important to note that Apple frequently files patents that never become fully developed products.

It is possible the company filed for the patent in order to make it harder for other companies to compete, or it could be planned for use in a future iPhone or iPad.