Google’s latest mobile OS just got closer to landing on your smartphone.

The search giant revealed new details about Android P, which is the successor to its Android O, or Oreo, software that currently runs on billions of smartphones.

As is customary, Android names each of its software iterations after desserts, but it’s likely that Google won’t reveal Android P’s actual name until later this year.

That being said, Google did announce plenty of new features that are on the way with Android P, including ‘Digital Wellness’ tools to limit screen time, iPhone X-like gesture controls and sophisticated AI to extend your phone’s battery life.

The announcements were made at Google’s annual I/O developer conference, which kicked off on Tuesday and runs through Thursday.

The firm says Android P addresses many of the ‘pain points’ of use that have been outlined by users over the years.

Like the rumors suggested, there’s now a single clean home button at the bottom of the screen.

It’ll support the edge-to-edge notch design popularized by Apple, as well as some of the gesture controls used on the iPhone X.

For example, you can swipe up once to see which apps you have open and then swipe up again, to open your apps page. 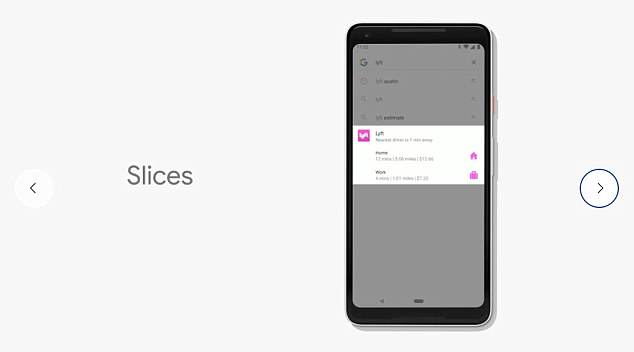 ‘Slices’ will display small sections of apps based on certain prompts. So if you put in a Google Search for Lyft, a ‘slice’ of the app will appear on the screen, asking if you’d like to book a ride

HOW DO YOU INSTALL THE BETA VERSION OF ANDROID P?

Google announced at its annual I/O developers conference that the latest version of its mobile operating system, Android P, is now available in beta.

That means it’s not the official version — that’s due for release later this year — but eager developers and Android users can still download it now.

This means you’ll be eligible for access to pre-release versions of Android P.

You still have to enroll in the Android Beta Program even if you were registered for Android O. 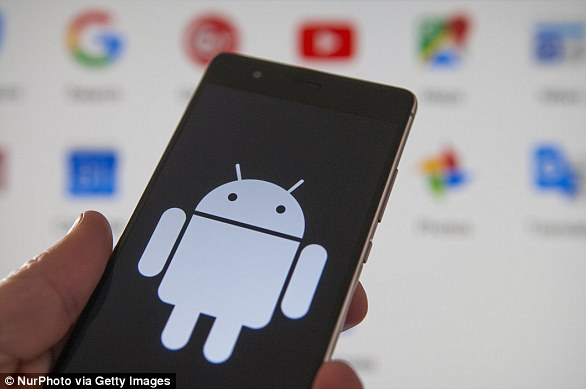 Google announced at its annual I/O developers conference that the latest version of its mobile operating system, Android P, is now available in beta

After registering, the update will automatically appear on your device.

However, Android P beta is only available for certain kinds of smartphones, including:

Sliding to the right will scroll through recent applications, while the back button will allow you to return to the previous screen.

Tapping the new home button will go to your home screen and long-pressing it will activate Google Assistant.

Volume change is also getting a new design, with a vertically-oriented panel that appears next to the physical keys on the side of the phone.

Additionally, rotation changing is getting easier, with a new button that appears at the bottom of the phone, so you can easily switch from portrait to landscape mode.

Android is also getting smarter about predicting what you want it to do next.

With a new ‘App Actions’ feature, your phone will suggest the ‘next action you want it to take’, said Dave Burke, Google’s VP of engineering for Android.

For example, if you’re listening to music, and plug headphones in, the phone will display a play button that lets you resume listening. 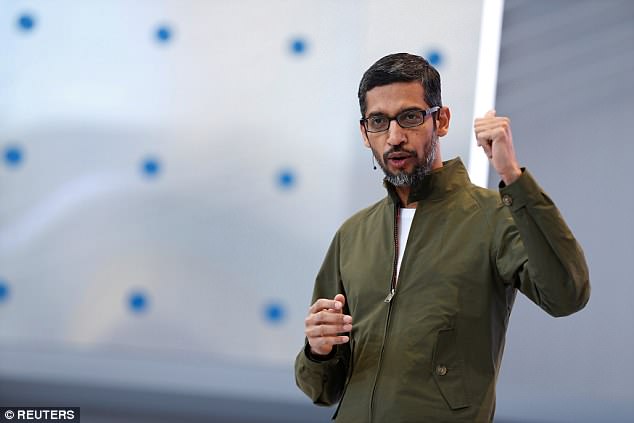 And a new feature called ‘Slices’ will display small sections of apps based on certain prompts.

So if you put in a Google Search for Lyft, a ‘slice’ of the app will appear on the screen, asking if you’d like to book a ride.

Slices should make it that much easier for users to multi-task between different apps at once, without switching back and forth between screens.

As it does every year, Google also addressed battery life in Android devices.

This time around, Google is rolling out a big update called ‘Adaptive Battery Technology’.

It uses Google DeepMind AI technology to intuitively find out what apps users have open the most and at what time of the day, and determines how to allot battery power. 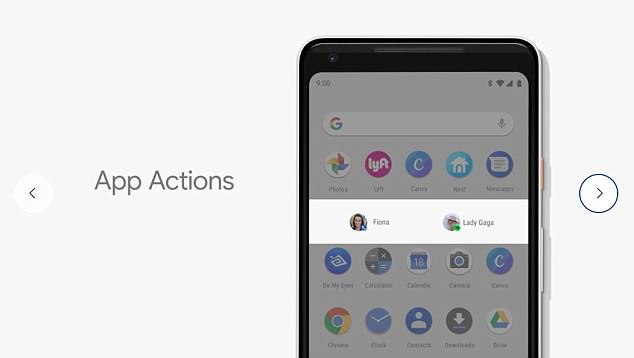 Android is also getting smarter about predicting what you want it to do next. With a new ‘App Actions’ feature, your phone will suggest the ‘next action you want it to take’

WHAT CHANGES ARE COMING TO ANDROID NOTIFICATIONS?

Android notifications are getting a major overhaul and are now smart enough to stop displaying alerts for things you constantly ignore.

It can notice when you’ve swiped through the notifications so many times, and offers up the option to silence them permanently.

Now, you can control notification settings for a particular app by long-pressing on a notification, which will open up settings in a different window.

What’s more Google is making notifications more visual, by adding images alongside them.

Google says it’s resulted in ‘an increase in battery life for many users,’ resulting in 30% fewer CPU wakeups.

The phone will study how you use it during the day, adjusting your brightness as needed.

Google is also doubling down on the ways that we use our smartphones, with a suite of ‘Digital Well being’ features.

A new dashboard tool will show you how much time you’ve spent on specific apps, which could be a major wake up call for some Instagram or Twitter addicts. 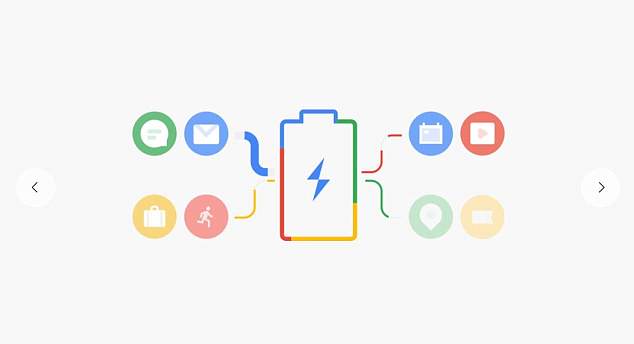 Google is rolling out a big update called ‘Adaptive Battery Technology’. It uses Google DeepMind AI to find out what apps users have open the most and at what time of the day 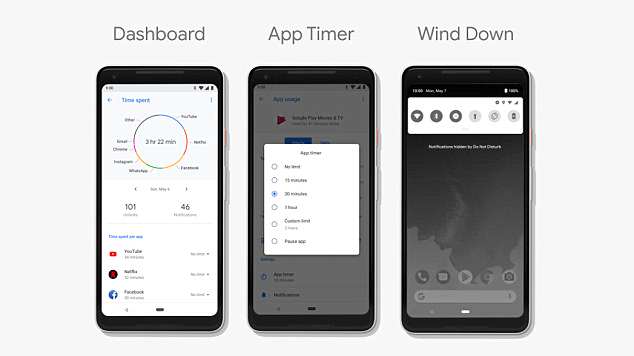 Google is also doubling down on the ways that we use our smartphones, with a suite of ‘Digital Well being’ features that includes a new dashboard, an App Timer and ‘Wind Down’ controls

If you notice that one app is becoming a particular problem, Google’s new App Timer feature might be able to help.

It sets time limits on apps, so that after a certain amount of time, the app icon will go gray and be set to do not disturb.

Similarly, Google’s new Wind Down feature is meant to tackle toxic phone use before bedtime.

Users tell Google Assistant when they want to go to bed, and it will switch to Do Not Disturb mode, as well as adjust all the phone’s display colors to greyscale.

All the colors return to the phone when you wake up.

Google said these wellbeing features are expected to hit phones coming this fall.

The firm’s focus on ‘Digital Wellbeing’ comes at a moment when more and more people are beginning to study how often they use technology and its effects on their day to day lives.

Earlier this year, Apple faced criticism from two shareholders that urged the firm to build products with child safety and device addiction in mind.

Additionally, Facebook recently admitted that using ‘passive behavior’ on social media platforms can put you in a worse mood.

Google offers some parental controls via its Family Link service, which lets parents set parameters for how much time children can spend on apps and even lock their device remotely.

It also gives weekly reports on a child’s app usage, among other controls.