Artificial intelligence developed by Google could soon be used to diagnose disease faster than doctors.

The technology giant’s AI firm, DeepMind, has a number of contracts with NHS hospitals to use its technology to improve detection and treatment of certain conditions from cancer to eye disease.

Researchers have now submitted what it described as ‘promising’ initial findings to a medical journal from a two-year project working with Moorfields Eye Hospital in London.

It is thought that the technology, which has been programmed to detect signs of disease such as glaucoma, age related macular degeneration and diabetic retinopathy, could enter clinical trials within a couple of years.

Retinal scans from thousands of patients were used to develop an algorithm – a set of mathematical instructions or rules that can work out answers to problems – to spot signs of disease.

The specialist programme was trained using anonymised data from patients who had been diagnosed with eye diseases including glaucoma, age related macular degeneration and diabetic retinopathy.

It was then able to use millions of pixels of information to learn to recognise the signs of devastating diseases.

Use of the software, which is also being trialled for radiotherapy scans with University College Hospitals and mammograms at Imperial College London, has courted controversy.

The most controversial contracts involve the Royal Free and Imperial College Healthcare, where millions of files were handed over without patients’ knowledge in a move privacy campaigners say is ‘inexcusable’.

Last year the Information Commissioner’s Office found that the Royal Free NHS Trust was in breach of the Data Protection Act. 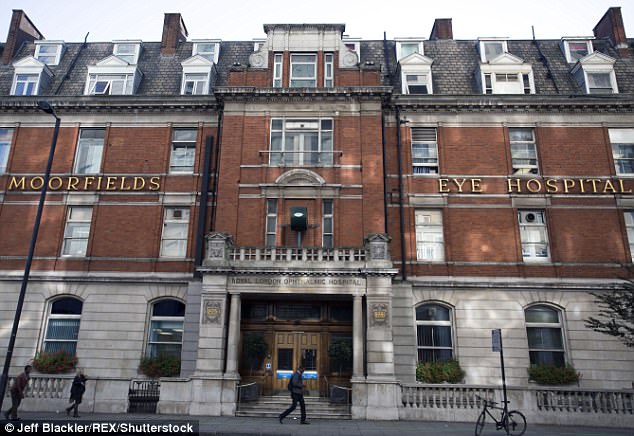 The trust justified this by claiming it was encrypted – or scrambled – so that it could not be used to identify patients.

But the ICO ruled that patients had not been adequately informed that their data would be used as part of the test and made a series of recommendations to the trust.

There is no suggestion any patient data has been breached at Moorfields Eye Hospital NHS Foundation Trust.

Professor Sir Peng Tee Khaw, director of research and development there, said he was confident that the technology could lead to earlier detection of common eye diseases.

‘If we can diagnose and treat eye conditions early, it will give us the best chance of saving people’s sight,’ he said.

‘I am optimistic that what we learn from this research will benefit people around the world and help put an end to avoidable sight loss’.

Dominic King, clinical lead for DeepMind, said: ‘In areas like medical imaging, you can see we are going to make really tremendous progress in the next couple of years’.