The company started rolling out the private mode, which keeps data from being linked to your Google account, on iOS devices.

This is the next progression in the privacy feature since Google included Incognito Mode in Android versions of the app last month.

While the mode is activated, the app will not use one’s data to personalize any settings in the app either.

Those looking to use Google’s new feature can activate the mode by clicking on their account icon located in the top right corner and then pressing ‘turn on Incognito mode.’

An Incognito mode will likely help to court users who have become increasingly concerned with information being stored and tracked by the company in the name of fueling its targeted advertisements business.

Privacy concerns have already helped to fuel competitors like Mozilla, whose recent web browser, Firefox 73, has gone to great lengths to tamp down on tech companies pervasive web-tracking tools. 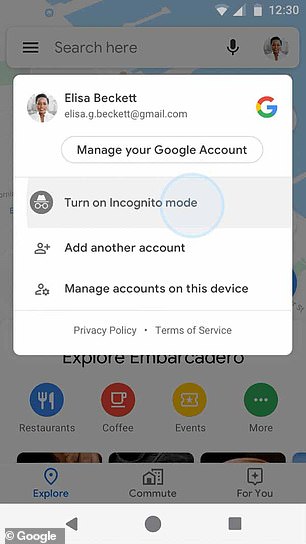 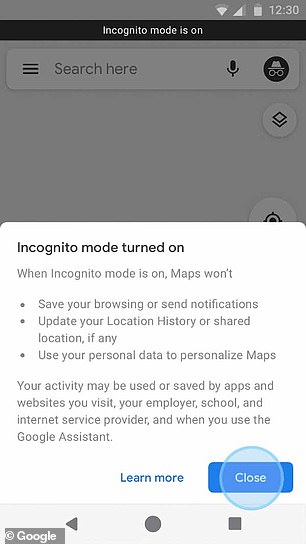 Incognito mode will stop the app from remembering places users have searched for or where they’ve been, and won’t use personal data to customize the way the app works

The feature will also add to a number of new roll outs in Google maps that include the ability to report speed traps and traffic jams for users on both Android and iOS.

Google also expanded the types of road hazards that can be reported through its incident feature to encompass ‘construction, lane closures, disabled vehicles, and objects on the road (like debris).