Google said it will stop websites from being able to identify whether you’re browsing using its private incognito mode in a forthcoming browser update.

According to the company, Google will close the loophole in its July 30th release of Chrome 76 – an iteration of Google Chrome.

‘People choose to browse the web privately for many reasons. Some wish to protect their privacy on shared or borrowed devices, or to exclude certain activities from their browsing histories,’ said Google in a statement.

Google said it will stop websites from checking whether you’re browsing the web in incognito mode in its upcoming Chrome browser update.

‘We want you to be able to access the web privately, with the assurance that your choice to do so is private as well.’

Among the most affected parties noted by Google are publishers who will no longer be able to stop users from using the mode to subvert a paywall.

Many news and content sites offer a certain number of free articles to users before access becomes paid-only. Users are sometimes able to ‘reset’ this number by turning on incognito mode and fooling the site’s API.

‘This model is inherently porous, as it relies on a site’s ability to track the number of free articles someone has viewed, typically using cookies.’ 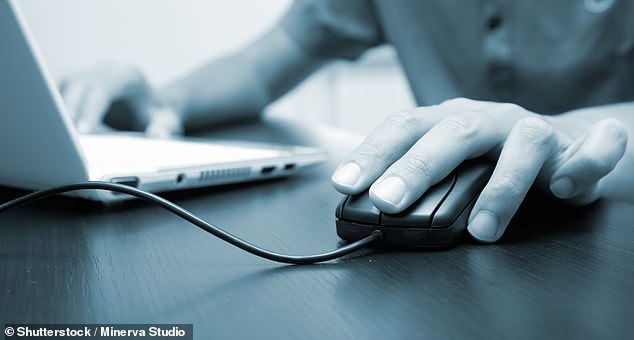 Incognito mode can be used to skirt paywalls at news websites and other publishers. It eliminates cookies and can reset free article limits.

HOW DO COMPANIES TRACK YOU ONLINE?

They can take the form of small text files, or cookies, that download to your computer when you visit a given site.

Alternatively, they can be tiny pixel-sized images built into the website.

They can help keep users logged in, retain preference information and help to deliver targeted advertising.

Even basic identification like your IP address could be matched to a specific individual.

Google said those sites should consider a number of different approaches to avoid users from exploiting the trick, including putting up a hard paywall – no free articles – or requiring users to log in before viewing any content.

Neither of these options are likely to be welcomed among publishers who have stopped short of instituting hard paywalls in an attempt to court users unwilling to pay for their content.

Others may fear that sign-in access to content may create too many barriers, sending potential readers to other more accessible sites.

The study, first reported by the New York Times, was rebutted by Google following its release.

‘We don’t allow Google Ads on websites with adult content and we prohibit personalized advertising and advertising profiles based on a user’s sexual interests or related activities online,’ a Google spokesperson told the Times.