Google set declare war on the gaming console: Firm expected to reveal its ‘Netflix for games’ tomorrow that lets users play Fortnite and other top titles on their browser

Google may be prepared to declare war on the gaming console.

The search giant is hosting a much-anticipated keynote event at 1pm (ET) on Tuesday at the annual Game Developer Conference, where it’s widely expected to launch a cloud-based ‘Netflix for games.’

New gaming hardware may also be in the works, as rumors have suggested it will launch a low-cost console or some kind of game controller.

Google is reportedly planning a major foray into the gaming world. The search giant may launch a service thought to be like a ‘Netflix for games,’ as well as new gaming hardware

Google is said to be planning to release a piece of hardware that’s cheaper than Microsoft’s Xbox or Sony’s PlayStation.

Alongside that, the firm is reportedly planning a subscription-based gaming service that uses technology it first teased in its ‘Project Stream’ initiative.

Project Stream lasted for three months and had many users participating in the trial.

Users could play Assassin’s Creed Odyssey in Google Chrome and were only required to supply their own PlayStation or Xbox controller, as well as a 25 megabit per second internet connection.

It’s possible that Google could launch its own controllers to go with the streaming service.

The unveiling of a new gaming console and a ‘Netflix for games’ service could come as soon as next month, as Google teased a keynote address at the Game Developers Conference

Many have predicted Google will launch something at GDC this week.

Last month, Google sent out invites for a keynote address at GDC, slated to take place on March 19th at 10am (PT), with little information other than the words ‘Gather around.’

Rumors began circulating in 2018 that Google was making a move into gaming with its secretive ‘Project Yeti.’

A report from The Information detailed how the search giant was eyeing the creation of a game streaming service that could work either on its Chromecast or a Google-made console.

Google reportedly discussed Yeti with game developers, but it is unclear whether any of them will develop a game specifically for Yeti or only make existing streamed games available, the Information reported.

The report also claims the firm has developed several iterations of Yeti so far, as it discusses the project with ‘top-tier gaming developers.’

Aside from Google, Amazon and Apple are also rumored to be mulling their own game streaming services.

Apple is planning to launch a ‘Netflix for games’ platform that will provide access to hundreds of games in exchange for a small monthly subscription fee.

The technology giant is said to be working on the project by ‘five sources familiar with the matter’.

Apple is reportedly in talks with games developers but specific games and prices remain unknown. 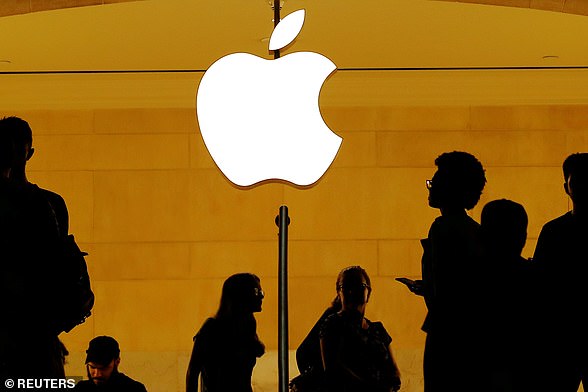 Apple is planning to launch a new gaming subscription service that will work like ‘Netflix for games’, according to reports. The tech giant is said to be working on the platform which will allow users to access a library of games in return for a fee

Apple already has games in its app store but the company is said to be exploring the idea of being a ‘publisher for certain titles’ privately in the second half of 2018.

The company appear to be looking into streaming subscription services as one of their new growth engines and key to the company’s future.

Apple CEO Tim Cook teased that ‘new services’ will be launched in 2019 earlier this year. He did not give any further clues about the company’s plans.

He told CNBC: ‘You will see us announce new services this year. There will be more things coming. I don’t wanna tell you about what they are.’