Don’t Google it! Web-search giant is testing a feature that lets users know when it doesn’t have a reliable answer about new or rapidly-evolving information

Google is finally admitting it isn’t all-knowing: the search-engine giant is testing a feature that will notify users if results are unreliable or ‘changing quickly.’

It’s part of Google’s ongoing efforts to battle misinformation and conspiracy theories, especially in the wake of the contentious 2020 US presidential election and COVID-19 pandemic.

The company has used the Google News Initiative to strengthen reliable outlets and ‘collaborate with journalists and entrepreneurs to help build the future of media.’

Now it’s working to give users additional context about breaking topics although, according to Engadget, the notice is only showing up in a small percentage of searches.

‘When anybody does a search on Google, we’re trying to show you the most relevant, reliable information we can,’ Danny Sullivan, public liaison for Google Search, told Recode. ‘But we get a lot of things that are entirely new.’

If results on certain topics are unreliable or ‘changing quickly,’ Google will now notify users with a warning announcement

As an example, Sullivan referenced a search about a UFO supposedly caught on a police helicopter camera in 2016 doing 106 MPH.

‘Someone had gotten this police report video released out in Wales, and it’s had a little bit of press coverage,’ he told Recode. ‘But there’s still not a lot about it.’

But it’s getting buzz on social media, ‘so we can tell it’s starting to trend,’ he added. ‘And we can also tell that there’s not a lot of necessarily great stuff that’s out there. And we also think that maybe new stuff will come along.’ 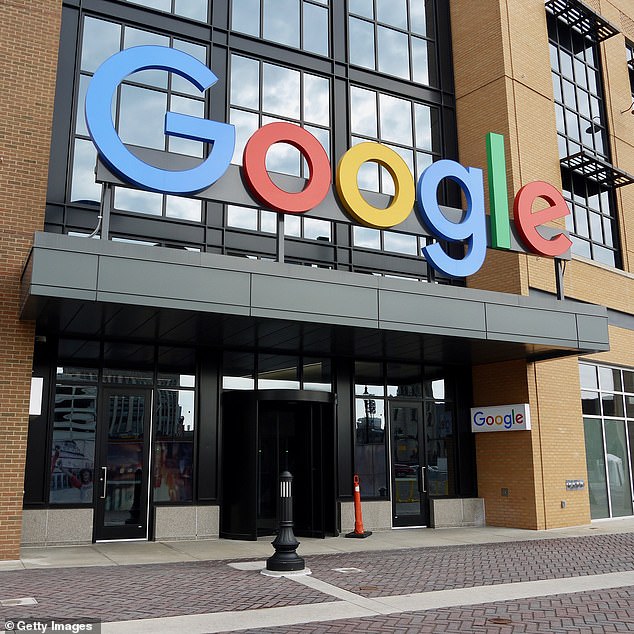 Google has introduced numerous features in recent years to stem the spread of misinformation, about everything from the 2020 US presidential election to alleged UFO sightings

Searching ‘UFO 106 mph’ on Google will bring up a brief that ‘it looks like these results are changing quickly,’ advising the user that if a topic is new ‘it can sometimes take time for results to be added by reliable sources.’

Google still shared stories about the alleged sighting under the announcement from multiple news outlets.

In the larger picture, UFO sightings have become a major search topic as the US government is expected to release a declassified report on unidentified aerial phenomenon (UAP) any day now.

Other examples of popular searches that could trigger the warning, according to Engadget, include ‘why is britney on lithium’ and ‘black triangle ufo ocean’ 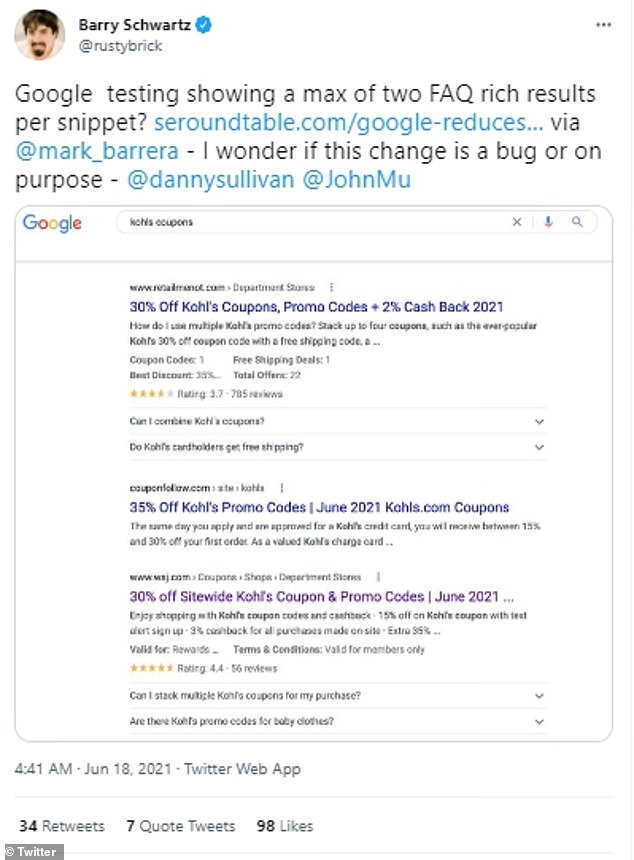 Google Search liaison Danny Sullivan confirmed frequently asked questions (FAQs) will be limited to two per snippet, at least in the US

In April 2020, Google started telling people if there weren’t enough good matches for a topic for it to provide results.

In February, Google introduced an ‘about’ button that provided additional context to results, like a brief Wikipedia description or details on when a story was published.

FAQ (Frequently Asked Questions) tabs are often useful in predicting user’s queries about a topic. They were rolled out in 2019 but can take up a lot of space, pushing other results further down the page.

The limiting of FAQs appears to be limited to the United States, according to Search Engine Journal.