Google takes another stab at social media: Firm tests hyper-local platform ‘Shoelace’ that’s designed to get you out of the house to meet people in your neighborhood

Google will take yet another stab at starting its own social network, this time with ‘Shoelace’ – a hyper-local platform aimed at connecting new friends in-person.

The network, developed by Google’s Area 120, which the company describes as ‘a workshop for Google’s experimental products’, will reportedly differ from other platforms in a couple of key ways.

Google says the ultimate goal of Shoelace will be to encourage its users to take their friendships off the social network and into real life.

Google will take yet another stab at starting its own social network, ‘Shoelace,’ a hyper-local platform aimed at connecting new friends in-person

One way that Shoelace plans to encourage real life connections is through the use of ‘loops,’ which are essentially activities that users can share with one another.

‘The whole premise of Shoelace is to tie people together based on their interests — like two laces on a shoe,’ reads the platforms website.

‘We do so through activities — which are fittingly called ‘Loops.’

Loops can be created by users or curated by Google based on a user’s preference.

For instance: someone who says they enjoy live comedy might be prompted to go see a show at their local comedy club.

Those events will also be able to be sent to users outside of the social network through links, reports Gizmodo.

Users will also create profiles that share details about themselves, making it easier to match with other ‘crews’ — a moniker that the platform uses to describe other people on the platform. 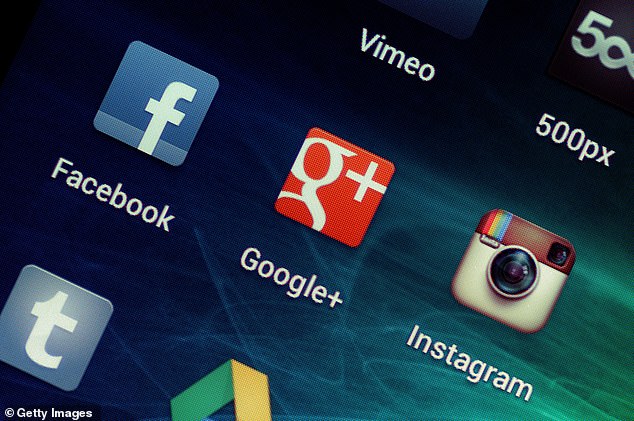 The network, developed by Google’s Area 120, which the company describes as ‘a workshop for Google’s experimental products’, will reportedly differ from other platforms in a couple of key ways. File photo

While the concept of a social platform that pries people off of their phones and encourages them to interact in real life my say sound appealing for some — especially amid the myriad privacy concerns and security issues plaguing sites like Facebook and Instagram — Google has a decidedly spotty track record in the space.

WHAT IS GOOGLE’S ‘SHOELACE’?

Google’s ‘Shoelace’ is a social platform that aims to facilitate real-life activities between people.

Users can share events or ‘loops’ meant to prompt people to leave the platform and meet up in-person.

The network is currently invite-only and being rolled out in New York City.

Other social media sites operated by Google have not fared well.

Aside from the more obvious failed social platforms like Google Plus, which was shut down in April, several other less memorable upstarts have come and gone including Orkut which tragically launched just a month before Facebook in 2004.

Other failures include the Google-acquired Dodgeball which was eventually folded into another platform called Latitude as well as Google Buzz which was shut down shortly after launching.

Among Buzz’s issues were critical privacy issues like the fact that the platform’s default settings displayed users contacts and, including names and who they chatted with most.

Currently Google’s Shoelace is only available for users in New York City by invite only but depending on its popularity, Google may roll out the network for others.

‘This will help us determine what works and what doesn’t as we work to make the app available to more people,’ said the company.