Google has been forced to backtrack on an automatic login feature in its Chrome browser after a massive user backlash.

‘We recently made a change to simplify the way Chrome handles sign-in.

‘We want to be clear that this change to sign-in does not mean Chrome sync gets turned on.

‘We’ve heard—and appreciate—your feedback. We’re going to make a few updates in the next release of Chrome (Version 70, released mid-October) to better communicate our changes and offer more control over the experience.’

Google said it will add a control that allows users to turn off linking web-based sign-in with browser-based sign-in.

For users that disable this feature, signing into a Google website will not sign them into Chrome.

The firm said it would also update the browser to make it clearer whether a user was syncing data, and also ensure all tracking cookies are deleted and you will be signed out.

‘We deeply appreciate all of the passionate users who have engaged with us on this.’

A Google spokesperson previously directed MailOnline to a Twitter post by Chrome engineer Adrienne Porter Felt who explained that users still have to consent to have their data synced. 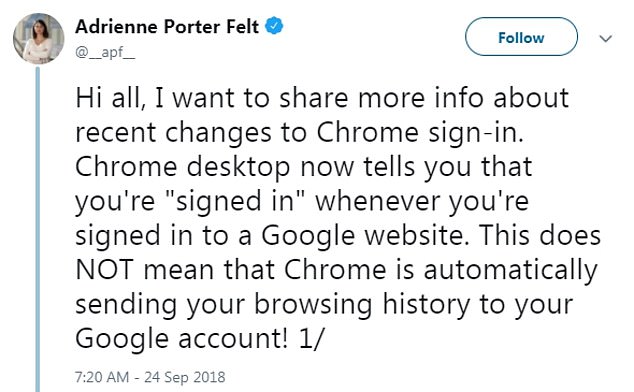 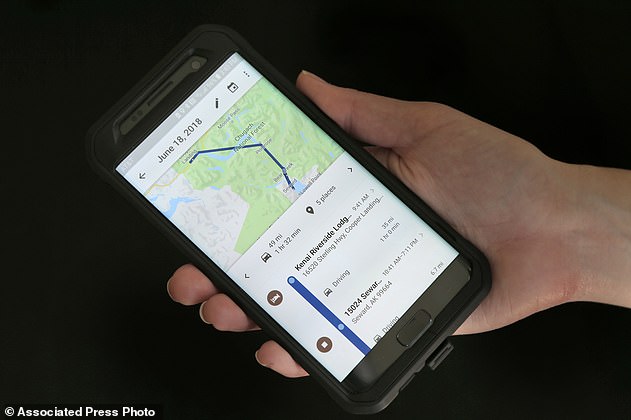