Alphabet Inc´s Google this week will disclose technical details of its new Titan computer chip, an elaborate security feature for its cloud computing network that the company hopes will enable it to steal a march on Amazon.com Inc and Microsoft Corp.

Titan is the size of a tiny stud earring that Google has installed in each of the many thousands of computer servers and network cards that populate its massive data centers that power Google’s cloud services.

Google is hoping Titan will help it carve out a bigger piece of the worldwide cloud computing market, which is forecast by Gartner to be worth nearly $50 billion.

Titan is the size of a tiny stud earring that Google has installed in each of the many thousands of computer servers and network cards that populate its massive data centers that power Google’s cloud services.

Titan scans hardware to ensure it has not been tampered with.

If anything has been changed, Titan chip will prevent the machine from booting.

A Google spokeswoman said the company plans to disclose Titan’s technical details in a blog post on Thursday.

Titan scans hardware to ensure it has not been tampered with, Neal Mueller, head of infrastructure product marketing for Google Cloud Platform, said in a recent interview.

If anything has been changed, Titan chip will prevent the machine from booting.

Data center operators are concerned that cyber criminals or nation-state hackers could compromise their servers, which are mostly made by Asian hardware companies, before they even reach the United States.

‘It allows us to maintain a level of understanding in our supply chain that we otherwise wouldn´t have,’ Mueller said.

Neither Amazon.com nor Microsoft – which hold 41 percent and 13 percent of cloud market share, respectively, according to Synergy Research Group – have said if they have similar features.

In response to inquiries from Reuters, representatives of both companies pointed to the various ways they use encryption and other measures to secure their data centers.

Titan is part of a strategy Google hopes will differentiate its services and attract enterprise customers from sectors with complex compliance regulations, such as those in financial services and the medical field. 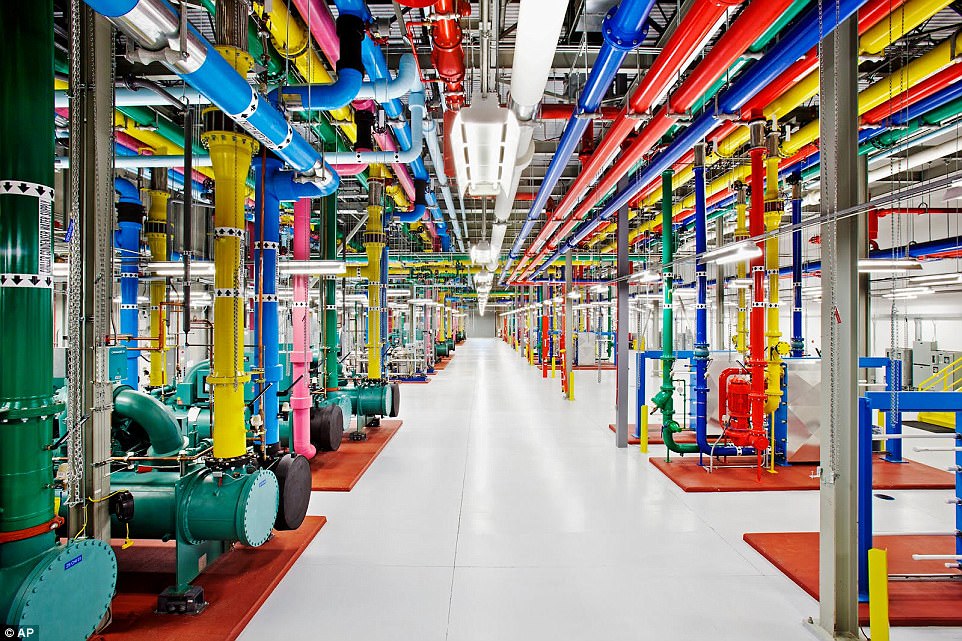 Google data centre in Douglas County, Georgia: Google is opening a virtual window into the secretive data centers that serve as its nerve centre, revealing how it developed the hardware in them itself

Google has struggled to compete with Amazon Web Services, which has more features, and Microsoft, which has long-standing relationships with enterprises, said Lydia Leong, an analyst for Gartner.

Leong was skeptical of Google’s strategy.

‘Security is a hallmark for both AWS and Microsoft,’ she said this week.

‘Google has a lot more work to do.’

Google uses Titan chips to protect the servers running its own services like search, Gmail and YouTube, and the company claims Titan has already driven sales.

It points to Metamarkets, a real-time analytics firm, as a customer it landed in part due to Titan.

‘Those level of adversaries certainly have an incentive to hack or to have influence over the security of hardware.

‘It’s interesting of Google to say, ‘Here’s one part of the hardware that we’re going to control.”