Google has revealed an artificial intelligence (AI)-powered tool that can identify 288 different skin conditions, including warts, cysts and lipoma.

The tool, which Google hopes to launch as a pilot later this year, will let users take and submit three images of an area of concern – either skin, hair or nails – from different angles.

They’ll then be asked questions about skin type, how long they’ve had the issue and other symptoms to give a list of possible matching conditions.

The tool, revealed at Google’s I/O developer conference, has been trained with around 65,000 images of diagnosed skin conditions, as well as millions of other images of concern and thousands of examples of healthy skin.

Google stressed that the tool is not intended to provide a diagnosis nor be a substitute for medical advice, but rather help users make a ‘more informed decision’ about whether to go to a doctor.

The AI-powered ‘dermatology assist’ tool is a web-based application. Once launched, users will be able to aim their phone’s camera to take three images of the skin. The AI analyses photos and draws from its knowledge of 288 conditions to give  possible matching conditions

1. Take three photos of the area of concern (skin, hair or nail) from different angles.

2. Users are then be asked questions about skin type, how long they’ve had the issue and other symptoms.

3. The AI model analyses all the information and draws from its knowledge of 288 conditions to give you a list of possible matches.

‘While many people’s first step involves going to a Google Search bar, it can be difficult to describe what you’re seeing on your skin through words alone.

‘Our AI-powered dermatology assist tool is a web-based application that we hope to launch as a pilot later this year, to make it easier to figure out what might be going on with your skin.’

Google said the tool accounts for factors like age, sex, race and skin types, from ‘pale skin that does not tan to brown skin that rarely burns’.

For each matching condition, it will show dermatologist-reviewed information and answers to commonly asked questions, along with similar matching images from the internet.

The product has been given a CE marking as a Class I medical device for a release in Europe, but it has not been evaluated by the US Food and Drug Administration (FDA).

Google said its creation is the culmination of over three years of machine learning research and product development.

Using Google to self-diagnose has been a point of contention, as it can throw up misleading results and contribute to missed diagnoses. 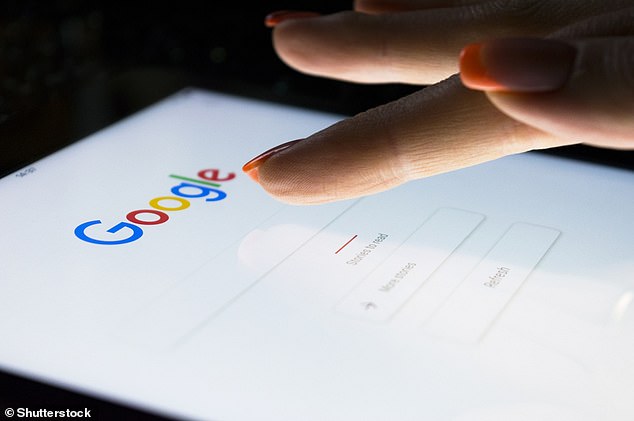 Acknowledging this, the tech giant said: ‘The tool is not intended to provide a diagnosis nor be a substitute for medical advice as many conditions require clinician review, in-person examination, or additional testing like a biopsy.

‘Rather we hope it gives you access to authoritative information so you can make a more informed decision about your next step.’

Experts have previously suggested that researching symptoms on Google makes conditions appear worse than they actually are.

In an interview with Pulse magazine in 2017, Professor Helen Stokes-Lampard, chair of the Royal College of GPs said: ‘Dr Google enters 80 per cent of consultations that I have now.

‘I feel we need to raise that particularly with patients… and we have to work with it and we have to be bold and that’s a challenge for all of us I think.’ 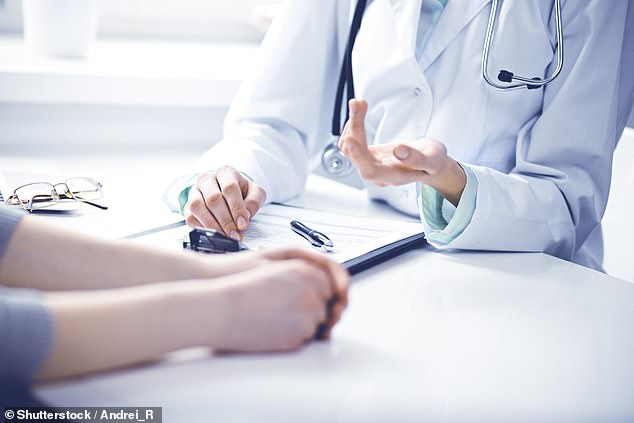 ‘I have patients all the time where the only reason they come into my office is because they Googled something and the Internet said they have cancer,’ said paper author and clinician David Levine of Brigham and Women’s Hospital in Boston

However, a surprising study from earlier this year found volunteers were slightly better at diagnosing ailments correctly after performing an internet search for the corresponding symptoms.

The findings flew in the face of the commonly-given advice to avoid consulting ‘Dr Google’ before visiting a GP’s clinic.

‘I have patients all the time where the only reason they come into my office is because they Googled something and the Internet said they have cancer,’ said study author and clinician David Levine of Brigham and Women’s Hospital in Boston.

‘I wondered, “Is this all patients? How much cyberchondria is the Internet creating?”‘

Also at the I/O developer conference this week, Google revealed Docs will start to suggest edits to prompt people to use gender-free language.

Google Docs will now suggest edits if you write something that is not deemed ‘inclusive’, changing words like ‘mailman’ to ‘mail carrier’.

The announcement was made during the virtually-held Google I/O developer conference on Tuesday.

Other changes will see chairman prompted to change to chairperson. The new update will also suggest ways to avoid passive voice or offensive language.

Alphabet Inc’s Chief Executive Sundar Pichai says he has made advocating for social justice a priority across the company. 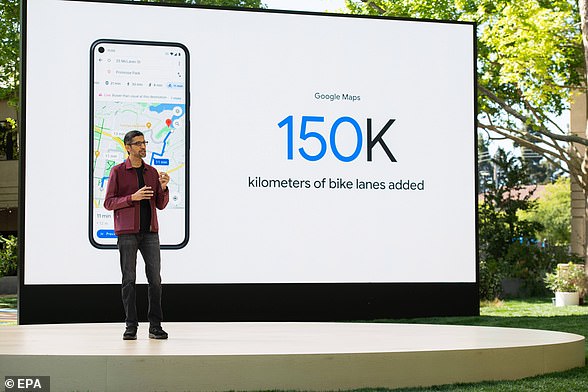 In another move the company said by this fall its Pixel smartphones would better capture darker skin tones and curly and wavy hair in photos.

Google has in the past been forced to apologise over its predictive algorithms.

In 2018 it was forced to remove gender pronouns from the predictive text feature found in its Gmail platform.

The feature stopped suggesting pronouns that indicate a specific gender such as ‘he’, ‘her’, ‘him’ or ‘she’ for fear of suggesting the wrong one and causing offence.