By Maggie O’Neill For Dailymail.com

Google Maps now includes a feature that helps people who rely on wheelchairs navigate public transit in some metropolitan areas.

The wheelchair accessible filter was created to help wheelchair using commuters as well as people who rely on crutches or frequently push strollers while out and about.

The wheelchair accessible filter can be turned on in the Google Maps app’s ‘Options’ section along with other route preferences, such as one that highlights paths that require less walking and another that shows routes that include fewer transfers

Google said the company hopes to work with transit authorities all over the world to roll out the feature in more and more cities.

A statement from Google said: ‘Google Maps was built to help people navigate and explore the world, providing directions, worldwide, to people traveling by car, bicycle or on foot.

‘But in city centers, buses and trains are often the best way to get around, which presents a challenge for people who use wheelchairs or with other mobility needs.

‘Information about which stations and routes are wheelchair friendly isn’t always readily available or easy to find. To make public transit work for everyone, we’re introducing “wheelchair accessible” routes in transit navigation to make getting around easier for those with mobility needs.’

The wheelchair accessible filter can be turned on in the Google Maps app’s ‘Options’ section along with other route preferences, such as one that highlights paths that require less walking and another that shows routes that include fewer transfers.

Google said: ‘In addition to making public transportation more accessible, people around the world have been helping us add accessibility information to Google Maps.’ 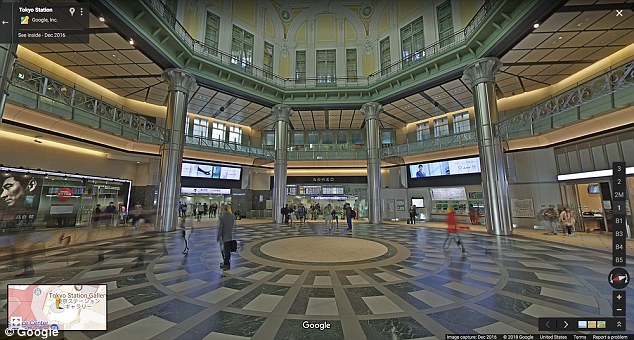 To filter Google Maps routes to show only those that are wheelchair accessible users must first enter in the app their destination and current location.

Next, pressing ‘Directions’ and hitting the public transportation icon will lead to a screen that includes transport options.

On this page is a list of filters, wheelchair accessible routes among them. 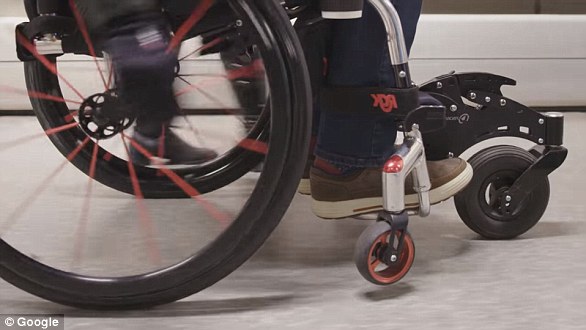 Google Maps has revealed a feature that highlights wheelchair accessible routes. The company says the feature will help disable people and parents who push strollers within public transportation hubs

A statement from Google said: ‘When you select this option, Google Maps will show you a list of possible routes that take mobility needs into consideration.’

But the option also benefits parents tasked with carrying strollers up and down stairs at transit stations and people who rely on crutches to get around.

The feature comes at a time when many transit authorities are receiving criticism for not creating better options for disabled people who rely on public transportation.

Many are complaining that major transit stations that do not include wheelchair accessible features are discriminatory because they significantly hinder disabled peoples’ ability to navigate a city with ease.

The company said that last year it began examining accessibility factors that might be helpful to users, such whether or not locations have accessible bathrooms and if they feature step-free entrances.

Google is also updating Street View images of transit hubs so that people can look at the interiors of stations before they arrive.

‘We built this [new] feature to make life easier for people who use wheelchairs, but accessible routes are also helpful if you’re on crutches or pushing a stroller,’ the company said.

It also acknowledged the transit agencies that helped with the development of the new feature.