Google walkout: Why are employees protesting?

Thousands of Google employees have staged walkouts around the world in the wake of a bombshell report in The New York Times saying that Andy Rubin, a former high-ranking executive who led the company’s Android division, received a multimillion dollar severance package upon leaving in 2014 despite facing sexual misconduct allegations.

Though Rubin has adamantly denied the accusations, Google employees from Silicon Valley to Singapore have staged mass walkouts to protest the company’s alleged protection of the former executive and to demand change in the workplace.

Here’s all you need to know about the ongoing Google walkouts around the world.

What is the Google walkout?

The Google walkout, known as the ‘Walkout for Real Change,’ is an ongoing employee walkout currently being held at Google offices worldwide in response to a recent report in The New York Times about sexual misconduct allegations made against Andy Rubin, the creator of Google’s Android mobile software who was reportedly given a $90 million (£69.6m) severance package upon leaving the company in 2014 despite facing ‘credible’ accusations.

Why did the Google walkout start?

On October 25, 2018, The New York Times published an explosive report saying that Andy Rubin, a former Senior Vice President at Google who helmed the tech titan’s Android division from 2005 to 2013, had been accused of sexual misconduct and given a $90 million (£69.6m) severance package upon leaving the company in October 2014 while the company stayed silent about the sexual misconduct allegations.

The report also stated that other high-ranking Google executives had engaged in a pattern of sexual misconduct and harassment with minimal consequences. At least one executive at the company, Richard DeVaul, has left the company according to new reports on November 1.

The New York Times article, specifically, reported that Rubin had allegedly coerced a woman into performing oral sex on him in a hotel in 2013.

According to reports, Google CEO Larry Page personally asked Rubin to resign, reportedly believing that sexual misconduct allegations made against him to be credible. 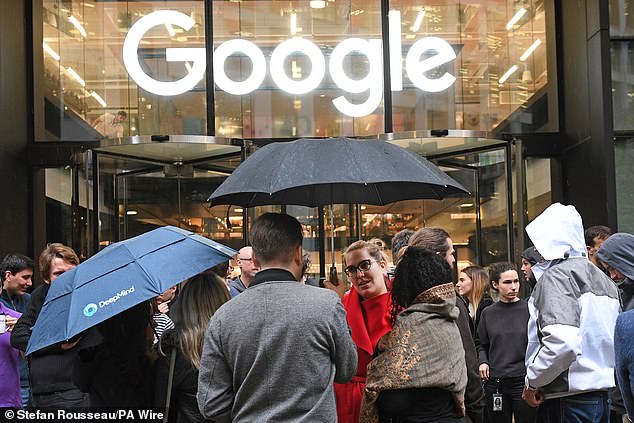 Rubin has strongly denied the allegations, saying on Twitter that The New York Times article contained ‘numerous inaccuracies’ and ‘wild exaggerations about my compensation.’

Google CEO Sundar Picahi addressed the controversy in a recent email to employees shortly after reports detailing the accusations against Rubin broke, saying The New York Times article was ‘difficult to read’ and that the company was ‘dead serious’ about providing an inclusive and safe workplace.

‘In recent years, we’ve made a number of changes, including taking an increasingly hard line on inappropriate conduct by people in positions of authority: in the last two years, 48 people have been terminated for sexual harassment, including 13 who were senior managers and above. None of these individuals received an exit package.

‘In 2015, we launched Project Respect and our annual Internal Investigations Report to provide transparency about these types of investigations at Google. Because we know that reporting harassment can be traumatic, we provide confidential channels to share any inappropriate behavior you experience or see. We support and respect those who have spoken out. You can find many ways to do this at go/saysomething. You can make a report anonymously if you wish.

‘We’ve also updated our policy to require all VPs and SVPs to disclose any relationship with a co-worker regardless of reporting line or presence of conflict.

‘We are committed to ensuring that Google is a workplace where you can feel safe to do your best work, and where there are serious consequences for anyone who behaves inappropriately,’ Pichai said in the email to employees.

Walkout protesters have presented petitions to the company and demanded increased employee oversight to the company’s management. In addition to walking out, some employee have even resigned their positions in protest.

When is the Google walkout?

The Google walkout is currently being held on Thursday, November 1 in many locations around the world.

Where have Google employees staged walkouts?

The Google walkout is global in scope, with walkouts being held not only at the company’s headquarters in Silicon Valley in California but also in London, Singapore, Zurich, Dublin, Tokyo and many other cities around the world. 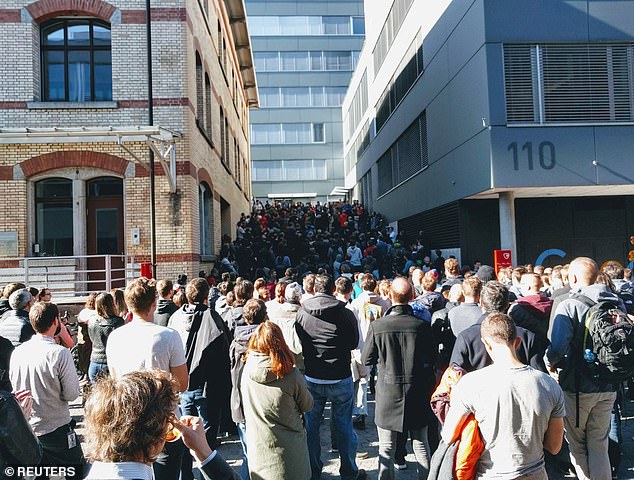 Google employees protest in Zurich, attesting the worldwide scope of the mass walkouts

Who is Andy Rubin?

Andy Rubin is a venture capitalist, entrepreneur and computer programmer known as the ‘father of the Android’ who formerly worked for Google.

After graduating with a degree in computer science from Utica College in Utica, New York in 1986, Rubin worked for Apple from 1989 to 1992 as a manufacturing engineer and cofounded Danger Inc., a software and IT services company, in 1999 and later cofounded the mobile operating system company Android Inc. in 2003, which was soon acquired by Google in 2005.

He worked for Google from 2005 to 2014 as a Senior Vice President, overseeing the tech giant’s Android mobile operating system division for most of his tenure until moving to serve as the head of its robotics division starting in December 2013.

On October 31, 2014, he left Google to establish Playground Global, a technology incubator, later that year and also founded the tech firm Essential Products in 2015. 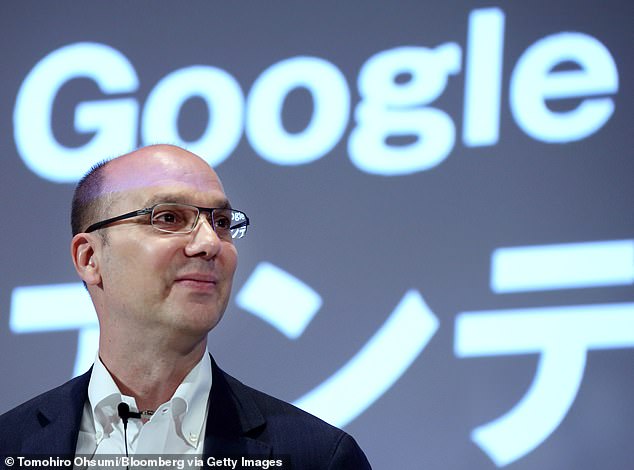 Andy Rubin led Google’s Android division from 2005 until December 2013, leaving to take over the tech company’s robotics division until his resignation less than a year later in October 2014

Although media reports at the time stated that his departure was amicable and intended to give Rubin more time to focus on his own technology ventures and philanthropic efforts, The New York Times published a report in October 2018 alleging that he had actually been accused of sexual misconduct in 2013 and that Google CEO Larry Page personally asked for his resignation after believing the allegations made against him were credible.

What is Andy Rubin’s net worth?

Who is Sundar Pichai?

Sundar Pichai is the CEO of Google.

After attending college both in India and the US, including at prestigious institutions like Stanford University and the University of Pennsylvania, Pichai joined Google in 2004, leading product management and innovation efforts for Google Chrome, Google Drive and other products and services the company offers.

In 2013, he also took over oversight of the Android mobile operating system and eventually became CEO in October 2015 following the corporate restructuring that made Alphabet Google’s new parent company.