A Georgia GOP gubernatorial candidate’s campaign ad featuring a ‘Deportation Bus’ was removed from YouTube Wednesday for violating its policy on hate speech, just a day after it debuted.

Michael Williams, who is currently a Georgia State Senator, says in the ad that he will fill the bus with ‘illegals’ and send them ‘back where they came from,’ if he wins the election on May 22.

‘We’re not just going to track them, or watch them roam around our state. We’re going to put them on this bus, and send them home,’ Williams says in the ad.

As he walks around to the back of the bus, slogans read ‘Follow Me to Mexico’ and ‘Danger! Murderers, Rapists, Kidnappers, Child Molesters, and Other Criminals on Board.’

Georgia GOP gubernatorial candidate, Michael Williams (pictured) posted his campaign ad to YouTube on Tuesday, by Wednesday it was removed for violating the company’s policy on hate speech 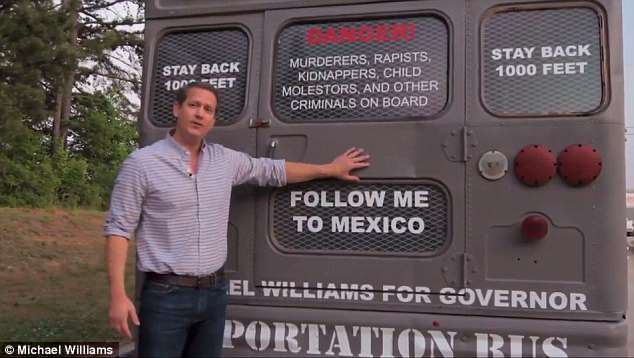 Sound familiar? In the ad that thus far remains on Facebook, Williams showcases slogans written on the back of the bus hearkening back to Trump’s 2015 campaign rhetoric about the US southern border

The governor-hopeful closes out the ad emphatically adding ‘If you want to see this bus filled with illegals, vote Michael Williams on May 22.’

A Burger King and a Cracker Barrel in Decatur and Athens respectively are among the four stops on the tour.

He says his bus tour will be stopping in the most dangerous sanctuary cities in the state.

The mayor of Clarkston, another city Williams declares is dangerous, expressed his concern over the pre-election tour.

Clarkston Mayor Ted Terry has alerted local police over concerns that immigration vigilantes might seek residents to put on the bus. 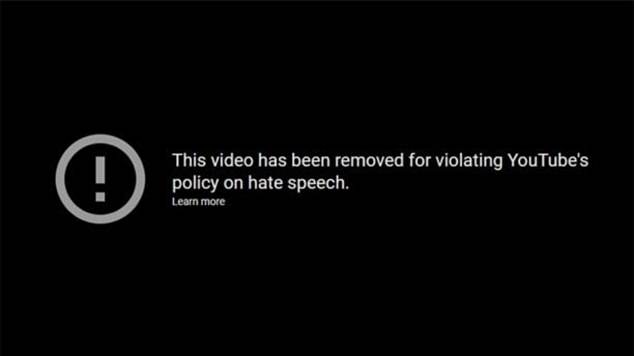 Hate speech: The ad was taken down by YouTube within a day after it was posted to its site

Williams is also a former Georgia co-chair for the Trump campaign.

In 2015, Donald Trump infamously opened his campaign with a speech that characterized illegal immigrants coming into the United States via the southern border as criminals and rapists.