A group of Republican senators pitched the vice president on a deal to spare the president the embarrassment of having his national emergency voted down in the GOP-controlled Senate.

The offer involves the president backing proposals that would curb his power to railroad Congress with future emergencies. They presented it as a way to preserve Trump’s border crisis declaration and save him from having to exercise his first veto.

Republican senators put it to Mike Pence in a meeting he took at the request of Sen. Thom Tillis on Tuesday, a senior administration official told DailyMail.com. Pence pledged to take the deal back to the president but made no other commitments. 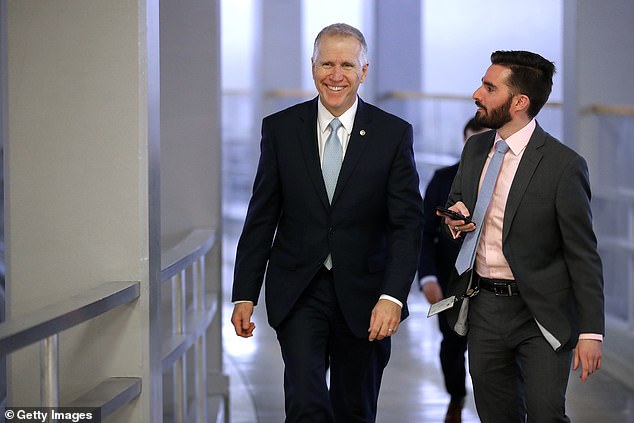 Republican senators put it to Mike Pence in a meeting he took at the request of Sen. Thom Tillis (pictured) a source said 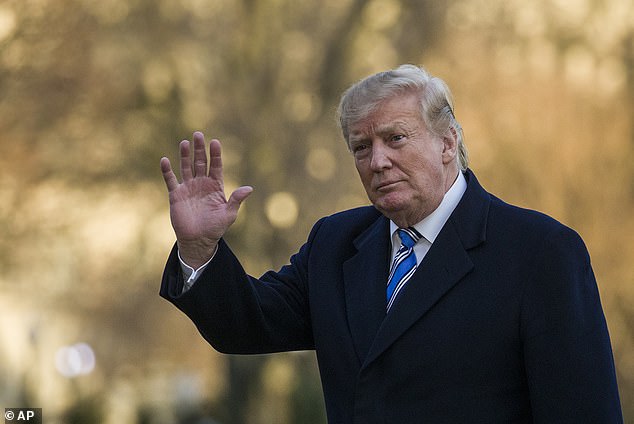 A spokesperson for Trump could not immediately say, in response, whether the president would be willing to meet lawmakers halfway by acceding to their offer.

He admitted this week that he needs roughly $8.6 billion to complete the structure, in addition to the money the national emergency will provide him.

Trump asked for the supplement to the $8 billion he’s cobbled together so far in his  2020 budget. He won’t get it from Democrats in Congress and could kneecap himself by agreeing to new restraints on his emergency powers.

If he denies Republicans their deal, the president runs the risk of having his border emergency overturned.

He’s facing a revolt from within his own party on the emergency that will come before the Senate this Thursday, just before lawmakers make their escape from Washington.

Opponents of the emergency have the votes to pass a resolution terminating it. And they’re coming closer to a veto-proof majority, according to senators in the president’s party.

Up to a dozen could break with the president on the emergency, Sen. Lindsay Graham has said, after 13 Republicans did so when the resolution came before the House. He predicted the resolution would have fewer than the 66 needed, however to overturn a presidential veto.

Sen. Rand Paul put the number closer to ten, yet said there could be more, after he announced his own plans to support the resolution. That was a week ago.

The Hill reported that Pence presented senators with a plan to save the president on Tuesday, but a senior official disputed the account, telling DailyMail.com it was the other way around.

The person said Pence encouraged GOP senators who attended the meeting to support the president by voting against the disapproval resolution that’s coming before them.

They offered two legislative proposals that ‘would get them and others on board’ with the VP’s request ‘but he made zero commitments’ and said he’d pass their proposal along to Trump.

One of the proposals came from Sen. Mike Lee. He is pushing legislation that would end future national emergencies unless Congress votes to approve them within 30 days.

‘If Congress is troubled by recent emergency declarations made pursuant to the National Emergencies Act, they only have themselves to blame,’ he said in a Tuesday evening statement. ‘Congress gave these legislative powers away in 1976 and it is far past time that we as an institution took them back.’

Addressing concerns about the authority of the presidency that have been voiced publicly by colleagues on both sides of the aisle, Lee said: ‘If we don’t want our president acting like a king we need to start taking back the legislative powers that allow him to do so.’

The Utah Republican remains ‘undetermined’ on the national emergency resolution that’s coming before the Senate on Thursday, a Lee spokesperson said.

So far, Tillis has come out against the national emergency, in addition to Paul and two other Republicans in the upper chamber — Sens. Susan Collins and Lisa Murkowski.

It’s enough support, if no one waivers, for the resolution of disapproval to pass.

A spokesperson for Tillis did not respond to an inquiry from DailyMail.com on the meeting that took place Tuesday on Capitol Hill, and it remained unclear after the discussion with Pence how the president’s support for a bill like Lee’s would affect his vote on the border crisis. 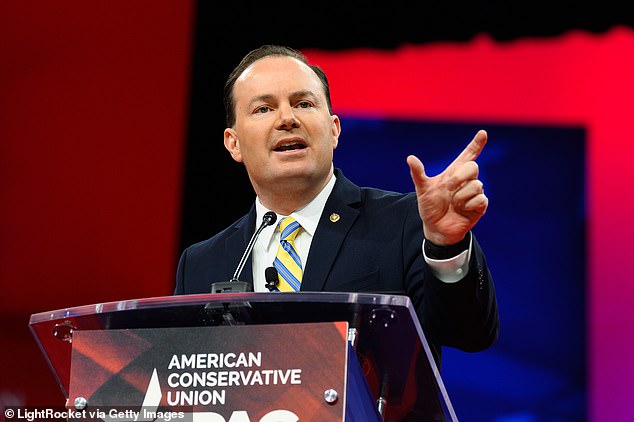 One of the proposals came from Sen. Mike Lee. He is pushing legislation that would end future national emergencies unless Congress votes to approve them within 30 days

Chief White House spokeswoman Sarah Sanders said in a Monday briefing that the president has been in contact with lawmakers about the emergency in advance of the vote, but she did not identify them and did not elaborate.

She argued that the president has the ‘authority’ to call an emergency and is doing what is ‘necessary’ to protect the border.

‘Let’s not forget, the only reason he has the authority to call a national emergency is because Congress gave him the right to do so,’ she said in response to a question from DailyMail.com.

Sanders asserted: ‘They failed to do their job. The President is fulfilling his duty, and he’s going to make sure he does what is necessary to protect the people of this country and secure our borders.’

The president has personally broached the topic of the vote on Twitter, telling Republican senators to reject claims that his emergency would create a ‘precedent’ for future action by Democrats.

A Monday tweet encouraging his party to stick by him said, ‘Republican Senators have a very easy vote this week. It is about Border Security and the Wall (stopping Crime, Drugs etc.), not Constitutionality and Precedent. It is an 80% positive issue. The Dems are 100% United, as usual, on a 20% issue, Open Borders and Crime. Get tough R’s!’