Senate Republicans were left licking their wounds Thursday afternoon after their strategy to let an experienced sex-crimes prosecutor question Supreme Court nominee Brett Kavanaugh’s accuser, instead of playing their own brand of hardball, backfired.

While a line of Democrats drew a stream of emotional memories out of Christine Ford, the all-male GOP panel deferred to Rachel Mitchell, who drew consistent sneers from Kavanaugh partisans for her dry questions and seemingly pointless digressions.

Ultimately Mitchell thanked Ford for taking part in the exercise and shook her hand – ending the day more colleague than adversary after never once directly challenging her recollection of being groped and pinned to a bed at a high school party in 1982.

The president fielded phone calls in the White House reisdence from outside allies while watching the hearing, a White House official told DailyMail.com, and most of the calls left him feeling pessimistic.

Rachel Mitchell, a prosecutor from Arizona, quizzed Christine Ford on Thursady but didn’t land a punch 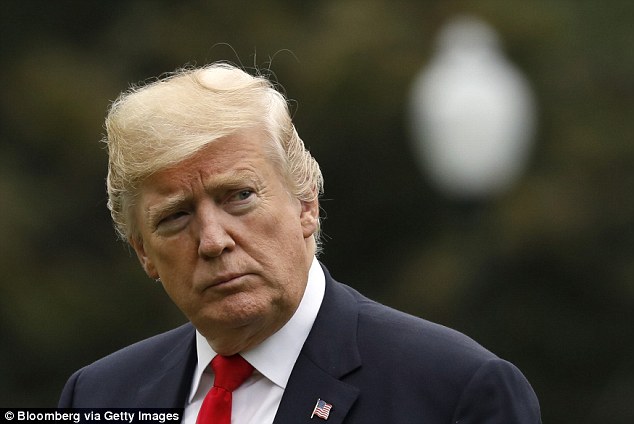 Ford, observed Fox News Channel legal expert Andrew Napolitano, ‘is extremely credible and Rahel Mitchell is not laying a glove on her.’

Donald Trump has praised Napolitano for his on-screen analysis in the past. With Trump almost certainly watching, the former judge said: ‘The president cannot be happy with this.’

What Trump saw on his White House television was a dais of his Republican allies sitting silently and not defending Kavanaugh while Mitchell carried on a superficial line of questioning.

‘Fox News Sunday’ host Chris Wallace, too, gave Mitchell a thumbs-down during a break in the hearing.

‘This is a disaster for the Republicans,’ Wallace said. ‘She is treating this like a deposition, like a court hearing.’

Unlike in a courtroom, Mitchell was not permitted to grill Ford at length. Instead she had disjointed five-minute segments, the slices of time alloted to her by Republicans who chose not to interrogate her themselves. 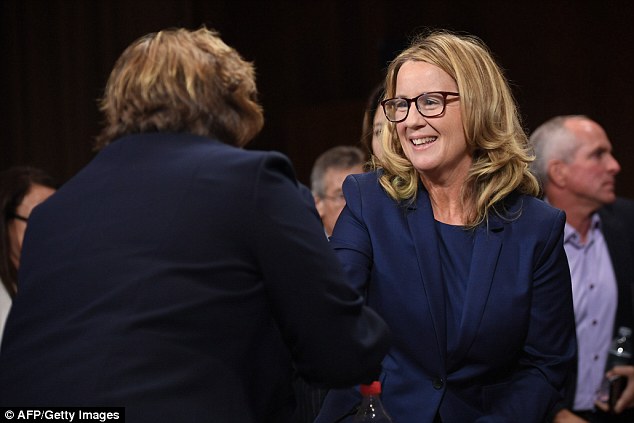 That kept her from building momentum and gave Ford consistent intermissions to soak in praise from Democrats who invited her to describe her decades of psychological pain.

One rare positive for Mitchell came when she established that Ford chose to fly to Hawaii, Costa Rica and French Polynesia on vacations.

Republicans on the Judiciary Committee had postponed a hearing last week because Ford said one effect of her sexual-assault trauma was a fear of flying.

But most of the prosecutor’s work consisted of finding minor inconsistencies in Ford’s story.

She focused on Ford’s description testimony about the distance between home adolescent home and the house that hosted the party, and her lack of a driver’s license at the time.

The veiled suggestion was that whoever drove her home after her alleged sexual assault might not remember events the way Ford does.

But with only intermittent chances to swing daintily at her, Mitchell never drew blood. 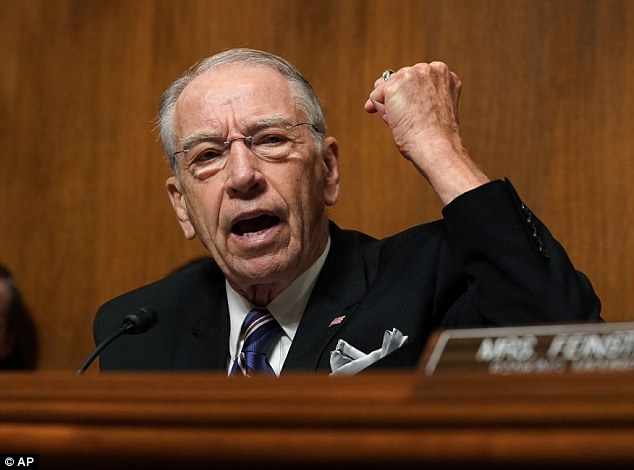 Judiciary Committee Chairman Chuck Grassley made the decision to punt male Republicans’ questions to Mitchell, and watched as it backfired

In her last five-minute back-and-forth, Mitchell seemed to complain about how the hearing’s format put her at a disadvantage.

Talking about the standard practices for people who interview trauma survivors, she said that no stufy whose ‘that this setting, in five-minute increments, is the best way to do that.’

Instead she recommended having ‘a trained interviewer talk to you one-on-one in a private setting, and to let you do the talking’ at greater length.

‘That makes a lot of sense,’ Ford replied.

Mitchell noted that Ford had turned down such an interview proposed near her California home.

Democratic Sen. Claire McCaskill agreed that Mitchell was likely doomed from the start, but said she would have little chance of tripping Ford up no matter the format.

‘She has a tough job,’ McCaskill told reporters during a hearing recess. ‘I can’t imagine doing either a direct examination or a cross examination in five minute increments.’

‘And,’ the Missouri Democrat added, Mitchell is ‘not used to cross examining people who tell the truth.’