Gordon Ramsay has an estimated fortune of £120 million, but the chef’s estranged father-in-law, Chris Hutcheson, has been declared bankrupt in the latest stage of his dramatic fall from grace.

Hutcheson, who once ran Ramsay’s restaurant empire, was the subject of a bankruptcy order last month, according to court documents.

The 69-year-old was jailed last summer after he was convicted of hacking Ramsay’s computer system following his sacking during an acrimonious public dispute. 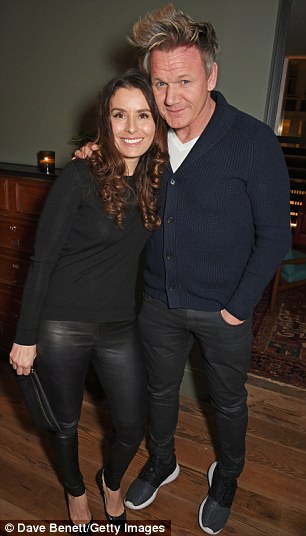 The intrusion was discovered by an expert employed by Ramsay, 51, whose television programmes include Kitchen Nightmares. The court heard the computers at his businesses were hacked nearly 2,000 times.

The chef’s wife, Tana, pleaded for her father not to be jailed before he was sentenced to six months in prison for the hacking, which was part of a bitter feud that saw him access information regarding his son-in-law’s intellectual property rights.

‘My wife is still the most stunning woman I know,’ he told me this week.

‘We were having lunch the other day with Jane Asher.

‘Even though Mary is 73, I looked down at her at the other end of the table and thought to myself: “Wow!”

‘She hasn’t had any help maintaining her looks.

As chief executive of Ramsay’s sprawling empire, Hutcheson was once inseparable from his son-in-law.

The hacking took place after they fell out in 2010, when, after 12 years as Ramsay’s business partner, Hutcheson was removed as a director and shareholder of Gordon Ramsay Holdings Ltd.

Ramsay accused him of stealing £1.4 million and a public spat ensued. The following year, lawyers for Ramsay won a High Court ruling allowing Hutcheson’s computer to be searched.

It later emerged that Hutcheson, a married father of four, had concealed a second family. He had secretly fathered two more children by his mistress, who lived in a house a few miles from where he brought up Tana and his three other children.

Ramsay paid £2 million in a 2012 legal settlement to cut all professional ties, and the row led to Tana severing contact with her family.

BBC ties itself in knots over presenter’s name 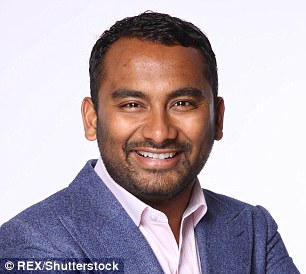 Media Editor Rajan, 34, says he was sent a ‘very pompous email’ by officials, asking: ‘I’m sorry, but this is a very serious question — there are many people within the BBC who are very concerned they’re actually pronouncing your name wrong.’

Speaking on a podcast, Rajan claims: ‘To a certain kind of man from a privileged background, my name really throws them.

‘It’s something about the “Raj”, it brings back these sort of imperial colonial memories . . .

By-election battles aren’t as gentlemanly as they used to be, according to the widow of Mark Bonham Carter, who won Torrington in Devon for the Liberals 60 years ago this month.

‘The Conservative candidate and his wife even sent me a birthday card during the campaign.’

She adds wryly: ‘I wonder if a by-election candidate would find the time to send a birthday greeting to an opponent now?’