The Wiltshire manor which starred as the estate owned by the Bennet family in Pride and Prejudice has been put on the market for £6million.

Luckington Court was up for sale for the first time in more than 70 years in 2018 for more than £9million but it did not sell.

The grade II listed property was famed for being the location for BBC’s 1995 cult adaptation of the Jane Austen novel which starred Colin Firth as Mr Darcy and Jennifer Ehle as Elizabeth Bennet.

The cream building built from Cotswold stone, and which dates back to the 11th century, was used as the Bennet’s family home Longbourn.

The renovated manor house has eight bedrooms and seven bathrooms, an open-plan family kitchen, a dining room with a separate study, a stone open fire place, reception and music room.

Located in Wiltshire, the Luckington Court mansion from BBC’s Pride and Prejudice television series is on sale for £6million 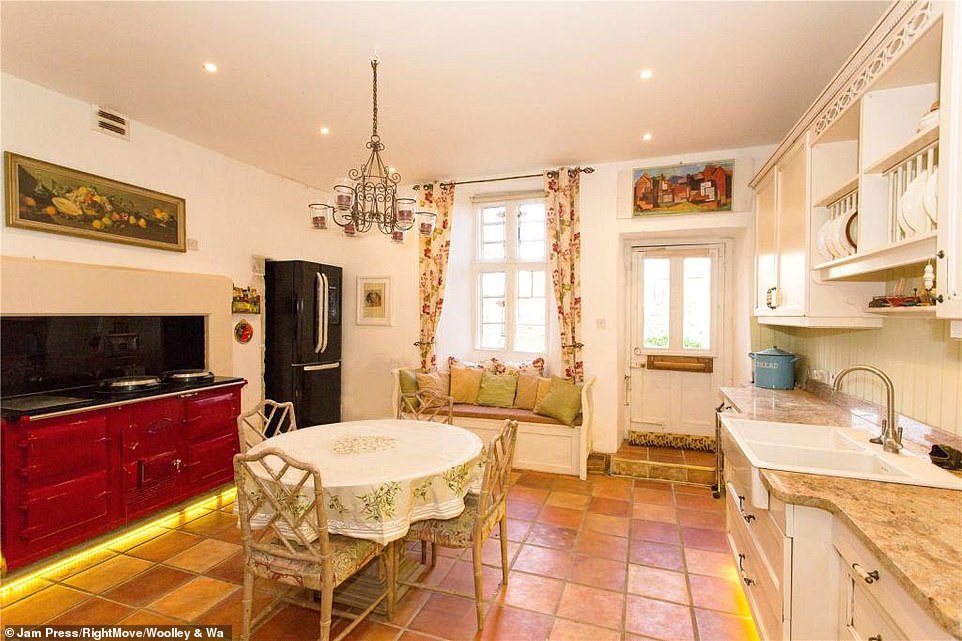 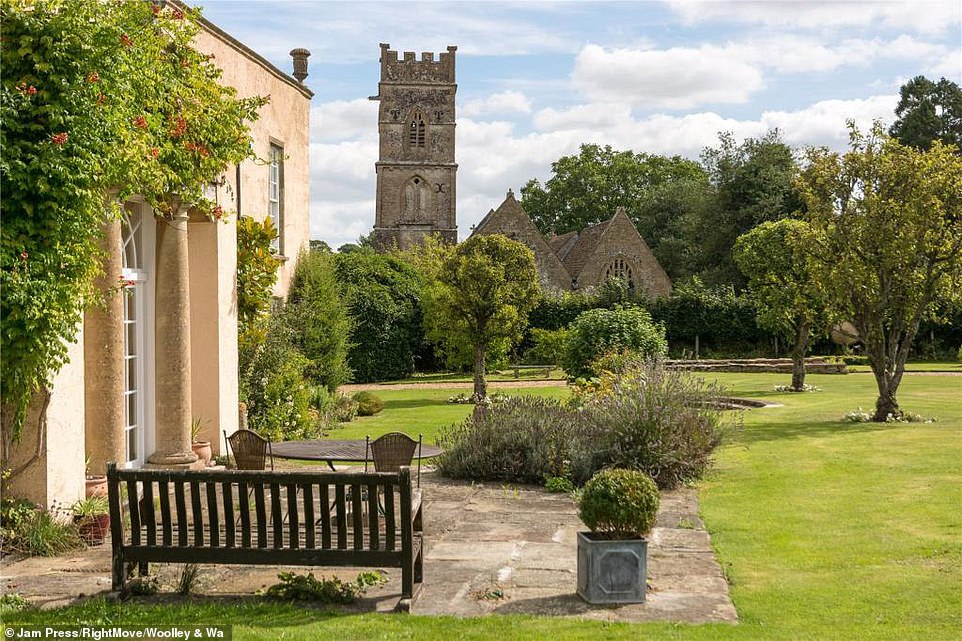 The property allegedly has links the the last Anglo-Saxon King, King Harold II, who was infamously struck in the eye by an arrow at the Battle of Hastings in 1066

The country house contains Tudor features such as stone mullion windows and a front covered walkway supported by pillars.

Estate agent Woolley & Wallis listed the property on the market at the end of May for offers in excess of £6million. 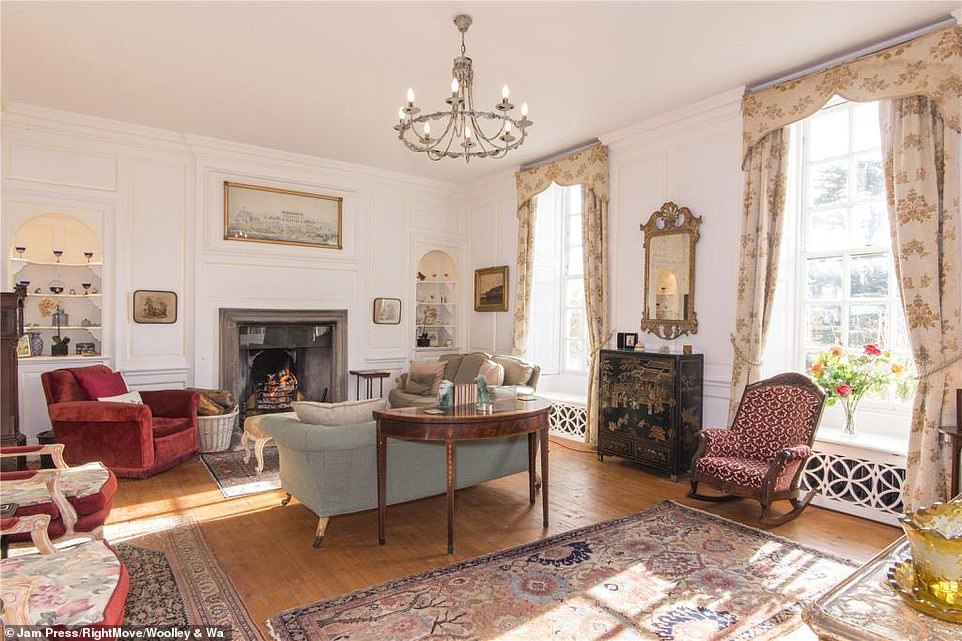 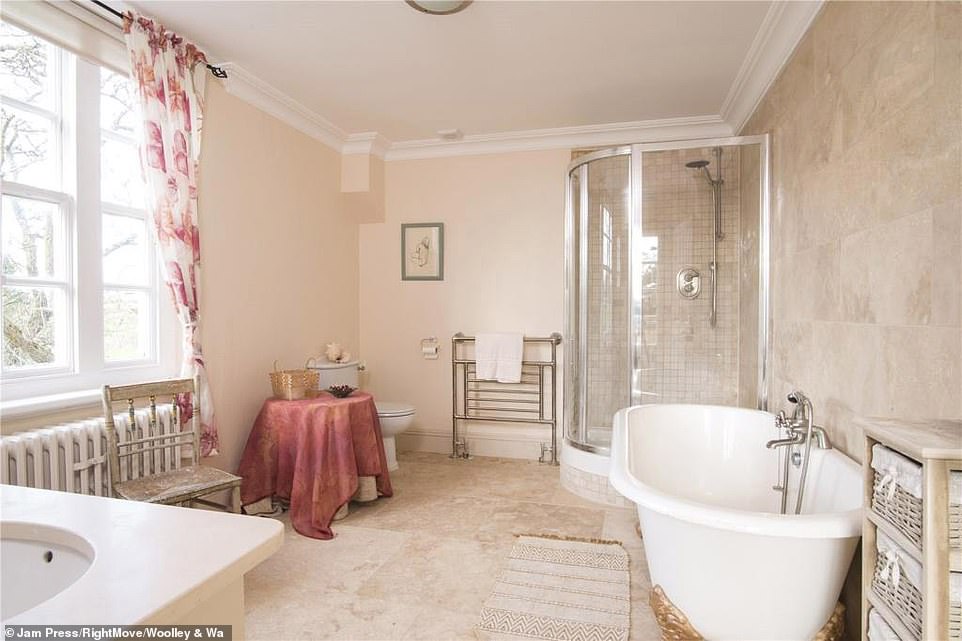 As well as boasting an open plan family kitchen, a music room and a separate study, the large house also has an astonishing seven bathrooms 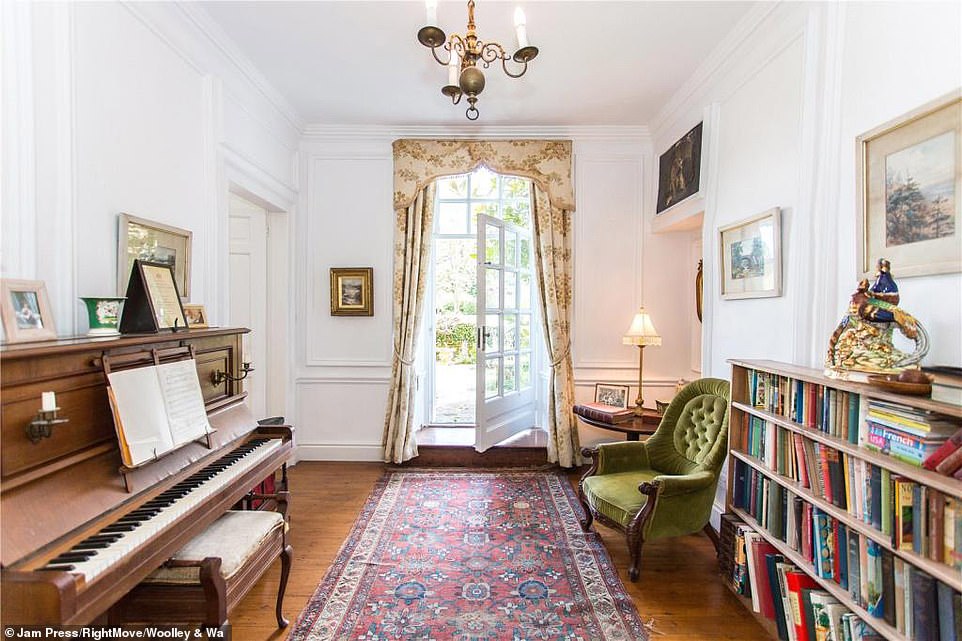 They said: ‘In 1995, Luckington Court had exteriors and interiors used to showcase Longbourn, the Bennet family home, in the BBC’s TV series Pride and Prejudice, which starred Colin Firth and Jennifer Ehle.

‘This exemplary English country dwelling house, with its elegant well-proportioned rooms, good ceiling heights and tall sash windows, provides not only a wonderful home and place to live but also a profitable Estate, with expanded farming, residential and commercial income streams.”

King Harold II reportedly had a manor on the same site before he was struck in the eye at the Battle of Hastings in 1066.

The property was used in every episode of the BBC adaptation as Longbourn, the home of the Bennet family and it was where Mr Darcy first sees Elizabeth.

According to the BBC, 100,000 box sets were sold while more than 10million people tuned into the season finale in 1995.