A gorilla, who should have been set free four years ago, remains caged in a filthy Thai zoo, with footage showing her ‘sad’ face while she tugs at her fur and rolls around on the floor.

Thirty-year-old Bua Noi has been living on the seventh floor of the shopping mall zoo in Bangkok, Thailand, since 1992, when she was brought to the country aged three from Germany.

She has been locked in her cramped and dirty cage and has never set foot outside the concrete-floored enclosure.

Footage taken last week shows the gorilla rolling around her cage and pulling her hair out in frustration.

There even appear to be tears in her eyes as she looks out from behind the rusty bars of her enclosure. 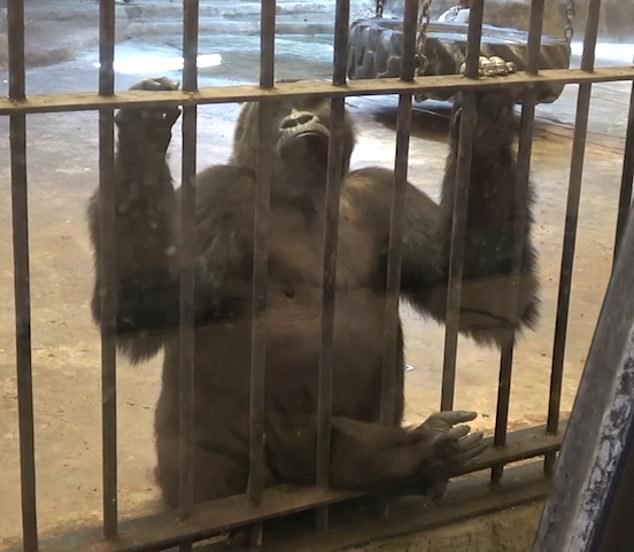 There were calls for Bua Noi to be released in 2015 and the zoo to be closed – but shockingly she remains in the cage to this day.

Other animals seen in the video appear to be in an unhealthy condition – with one chimp blowing raspberries at visitors and a fox frantically scratching around its pen.

There are also leaking roofs and dirty gutters.

The zoo visitor who filmed the footage said: ‘I felt very sorry for the gorilla. She looked so sad. It’s terrible because there’s no hope for her anymore.

‘Many people tried to save her before and she had a chance of freedom, but nothing came of it. I’m worried everybody has just forgotten about her.

‘She should be in the wild not in a zoo. At least once in her life she should feel the earth on her feet.’ 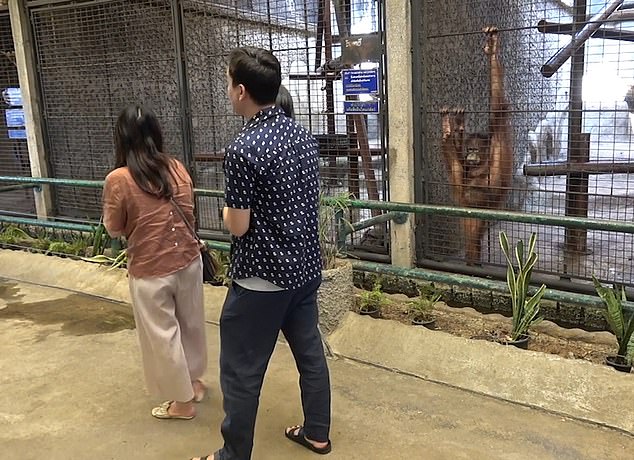 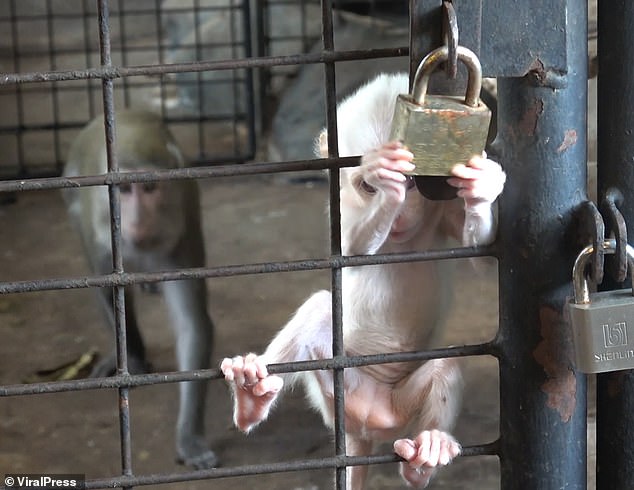 The indoor zoo holds dozens of species of wild animals including orangutans, chimpanzees, leopards, reptiles, birds, and the last gorilla in the country named Bua Noi 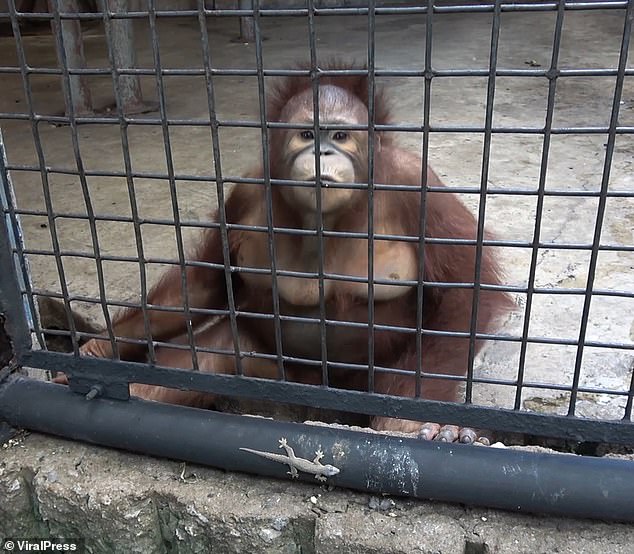 Pata Zoo is Thailand’s only rooftop zoo located on the seventh floor of a department store in the Thai capital.

The indoor zoo holds dozens of species of wild animals including orangutans, chimpanzees, leopards, reptiles, birds, and Bua Noi – believed to be the last gorilla in the country.

In 2015, animal rights activists handed in a petition, which called for Bua Noi’s release and the zoo’s closure.

Speaking at the time, petition organiser Sinjira Apaitan said: ‘I don’t think animals should be locked up in such unnatural habitats. I hope to help all other animals being held captive in this high-rise zoo as well.’ 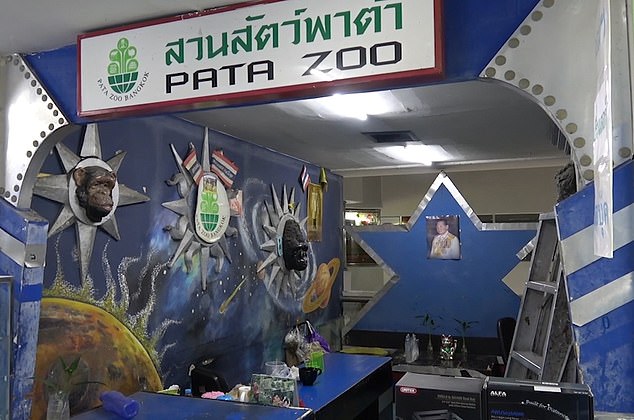 The zoo, which doesn’t have the correct paperwork, was ordered to close in 2015 but remains open four years later 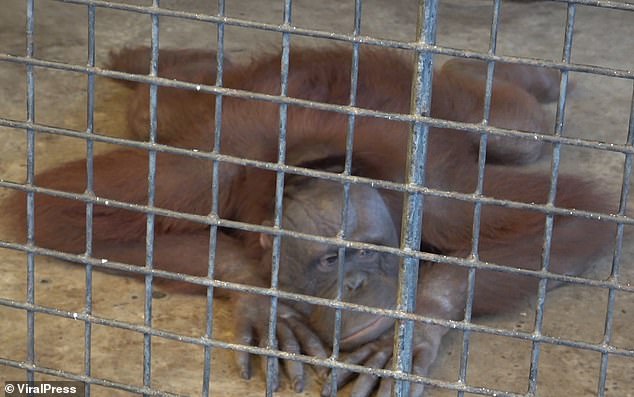 In 2015, officials of the Department of National Parks, Wildlife and Plant Conservation were alerted to the zoo, which was ordered to close after it was found to lack the correct paperwork.

They ordered the owners to remove the gorilla and other large animals including tigers, leopards, monkeys and apes.

Despite calls at that time for Bua Noi to be released, she stayed inside the zoo – with the owners signing an agreement to take better care of her.

The owner, Kanit Sermsirimongkol and the director of Pata Zoo, said that there is ‘no problem’ with all animals living in the rooftop zoo and that Bua Noi’s sad look is just her ‘natural facial expression’. 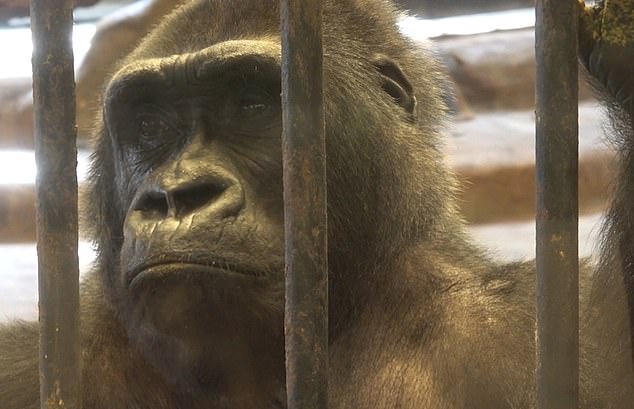 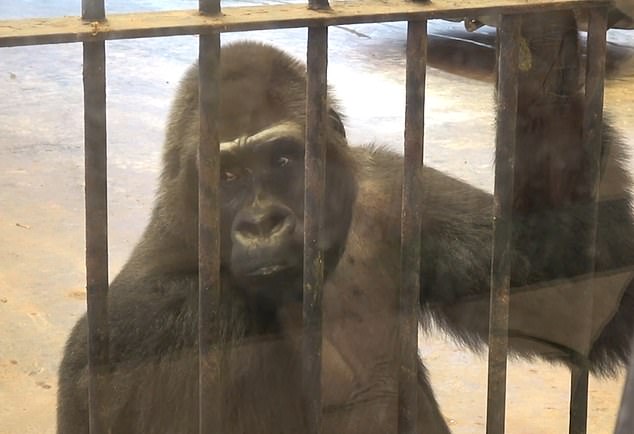 He said: ‘Before opening, we consulted zoologists and veterinarians and only selected animals that were suitable for the zoo. And they have been treated well.

‘The criticism doesn’t concern me because we know her best. Those people saw the picture of her on the internet and assume she’s depressed. But that’s how she looks just like humans – some have a sad face and some have a happy face.

‘We have been taking care of Bua Noi like our own daughter. I know that we will have to find her a suitable new home one day but it’s not good idea to immediately release her back into the wild without teaching her how to survive on her own.’