‘It has come to the attention of investigators that Mr. Westwick has removed denials about alleged rapes of the victims in this investigation from his social media accounts that he had posted last November,’ a law enforcement source told Us Weekly.

In November, actress Kristina Cohen and former actress Aurelie Wynn claimed they were raped by the actor in 2014. Creative producer Rachel Eck also claimed that he’d sexually assaulted her around the same time.

Since then, 23-year-old stylist also came forward in an exclusive interview with DailyMail.com to accuse Westwick of rape.

Cohen and Wynn were the first to come forward in November.

Westwick vehemently denied both claims on Twitter, writing: ‘I have never forced myself in any manner, on any woman. I certainly have never committed rape.’ 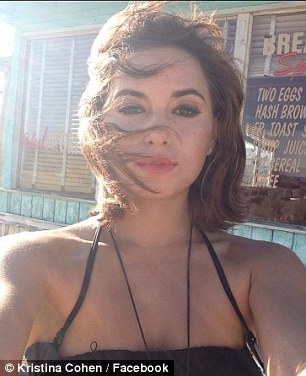 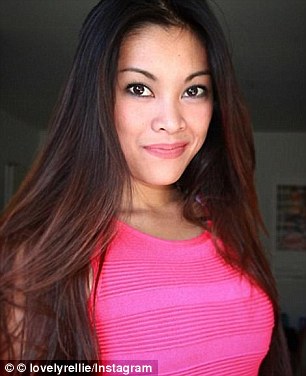 Actress Kristina Cohen (left) and former actress Aurelie Wynn (right) were the first to come forward in November, both claiming that Westwick had raped them in 2014 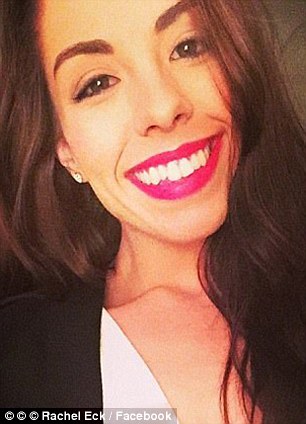 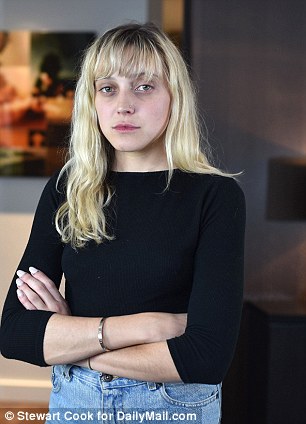 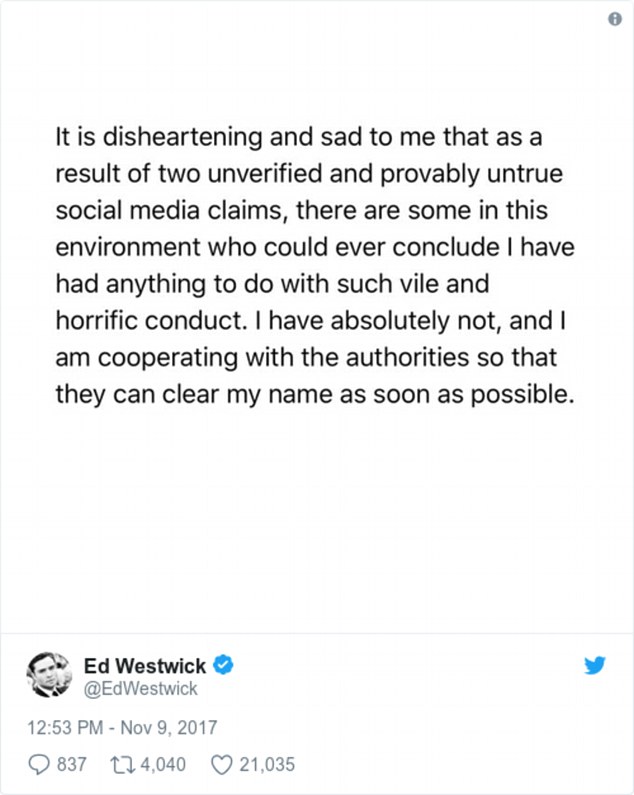 He later wrote: ‘It is disheartening and sad to me that as a result of two unverified and provably untrue social media claims, there are some in this environment who could ever conclude I have had anything to do with such vile and horrific conduct.

‘I absolutely have not, and I am cooperating with the authorities so that they can clear my name as soon as possible.’

It is unclear when the denials were deleted.

Last week, the Los Angeles District Attorney confirmed that a case against Westwick had been submitted by police and was currently under review by prosecutors.

The 23-year-old stylist said Westwick had a ‘Jekyll and Hyde’ character who switched from being ‘funny and cute’ to ‘aggressive, violent and intimidating,’ once they were alone.

She said she consented to having sex with the television heartthrob after being invited to his home following a night out in the summer of 2014. 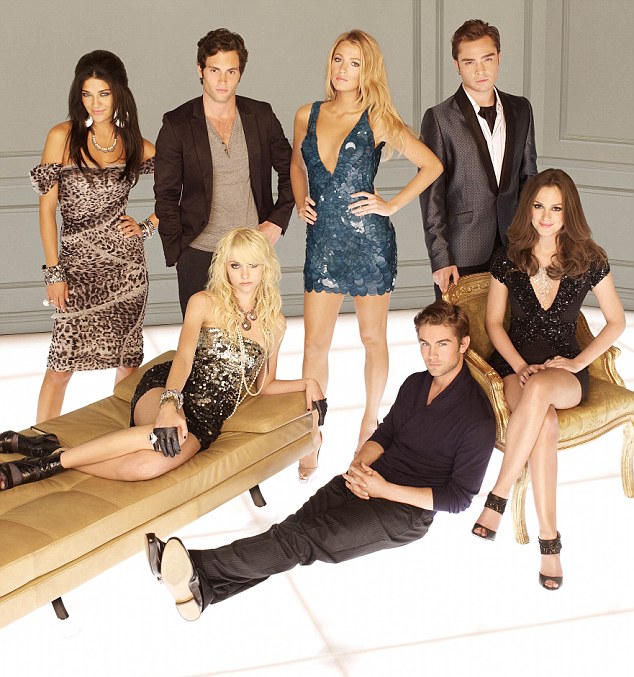 The British star, who played the character of dapper Chuck Bass (top right) in the teen drama Gossip Girl revolving around the fictional lives of upper-class adolescents living in Manhattan’s Upper East Side, had cemented his place as a TV heartthrob

But once the actor got her in the bedroom of his home he turned ‘aggressive’, violently pinning her down, choking her and spitting in her face, she claims.

Freedman is now the fourth woman to accuse Westwick, 30, a British actor made famous for his breakout role in the teen drama, of rape.

The LA-based art director also filed a suit against her partners at Instagram-based fashion magazine Kat & Bare, for allegedly cutting her out of the business after she decided she wanted  to go public with the allegations.

She told DailyMail.com ‘[Westwick] pinned me down and had sex with me violently, he choked me and spat on me and I was scared.

‘It went from being a nice night to my worst nightmare.

‘He started crossing lines and was scaring me and making me feel unsafe, I was using words like, ‘stop’ and ‘no’ and ‘get off’ and ‘I want to go home’, then it became rape. It went on all night repeatedly and I was left with bruised arms and legs.’

Westwick’s lawyer did not respond to DailyMail.com’s requests for comment at the time the lawsuit was filed.