In a speech on Tuesday, the Republican presidential hopeful said: ‘We don’t want to have holdings by hostile nations. If you look at the Chinese Communist Party, they’ve been very active throughout the Western Hemisphere in gobbling up land and investing in different things.’

In Florida, foreign investors owned 5.7 percent of privately owned farmland, according to the US Department of Agriculture.

Earlier this year, Trudeau banned foreign investors from buying homes in the country as means to cool down their overheated housing market. Most of Canada’s foreign investors are from China and India. The ban came into effect on January 1.

Trudeau implemented the band after immigrants pushed up property prices up 38 percent. Census data released in October revealed immigrants now make up 23 percent of the population, with most coming from Asia – causing many industry experts to posit that there is a connection.

During his speech Tuesday, DeSantis went on to say that under his governorship, the state Legislature has passed laws forbidding the China-backed Confucius Institutes from funding research at state colleges.

The Republican argued that China’s funding efforts are part of a plan to ‘bring propaganda’ to Florida.

The governor continued: ‘I think we’re going to go even further on that. The Legislature only went so far a couple years ago. I think they’re going to have an appetite to do more because [China’s] influence on our society has been very insidious.’

DeSantis accused Chinese investors of hurting Florida’s economy and security. He went on: ‘When COVID hit, people needed all these supplies; I think like 100 percent of it was made in China. Why would you want to rely on a hostile nation for things that are integral for our quality of life and security?’

He described ‘disentangling’ from China as being ‘very, very significant going forward.’

DeSantis also took aim at Chinese toys following the holiday season saying: ‘We’ve need to figure out Santa Claus may need to not do Chinese toys. Make it here. Make it, honestly, anywhere. But not China.’

Speaking the president of Chinese Communist Party Xi Jinping, DeSantis said the leader had ‘taken a much more Marxist, Leninist turn since he’s been ruling China.’

He went on: ‘Obviously if someone comes in and buys, it’s not the CCP that’s signing this, these are holding companies and all that. But yes, we do not need to have CCP influence in Florida’s economy.’

DeSantis talked up his own state saying: ‘I think we have the 13th biggest economy in the world, if we were our own country in Florida, you know, we’re a force to be reckoned with.’

The Florida governor shares similar views to countries, such as New Zealand, Australia, and Canada, which have imposed taxes on foreigner buyers purchasing property.

New Zealand, where Chinese investment has been blamed for a huge spike in home property prices, now charges a 15 percent tax to non-resident buyers. 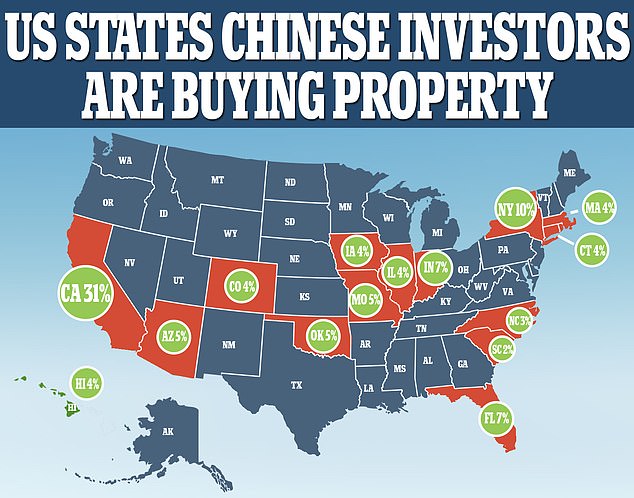 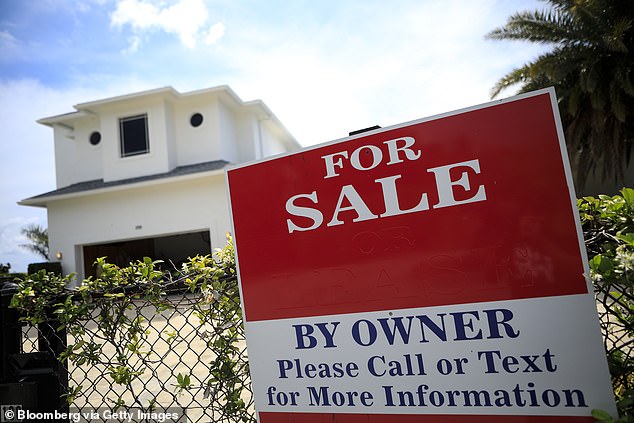 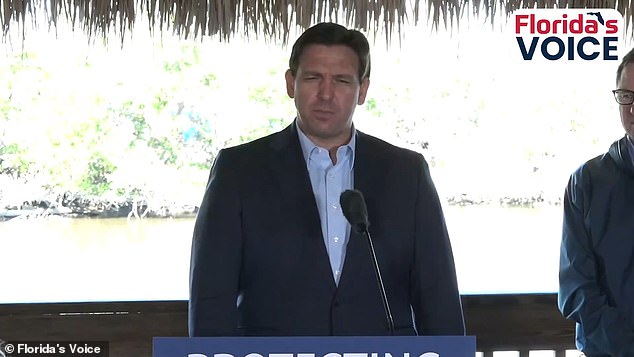 During his speech, DeSantis said: ‘When COVID hit, people needed all these supplies; I think like 100 percent of it was made in China. Why would you want to rely on a hostile nation for things that are integral for our quality of life and security?’

Australia imposes a 12.6 percent tax on any foreign buyer purchasing a home valued higher than $750,000 and have been since 2017. And in Canada, the government takes 50 percent of any sale as a withholding tax.

The US, however, does not impose tax restraints on foreign buyers, according to the Wharton Business Journal of UPenn.

Around half of all properties that foreigners buy are used as primary residences, with the remainder used as vacation homes, second homes or a pied-a-terre that the owner will occasionally visit.

Data from the National Association of Realtors further showed that 58 per cent of Chinese buyers paid for their American properties entirely with cash.

The same survey showed that 52 per cent of Chinese people intend to use their US homes as a primary residence – with a further 25 per cent using it as a vacation rental. Meanwhile, the most popular type of property for Chinese buyers were detached single family homes, with 66 per cent opting for a house like that. 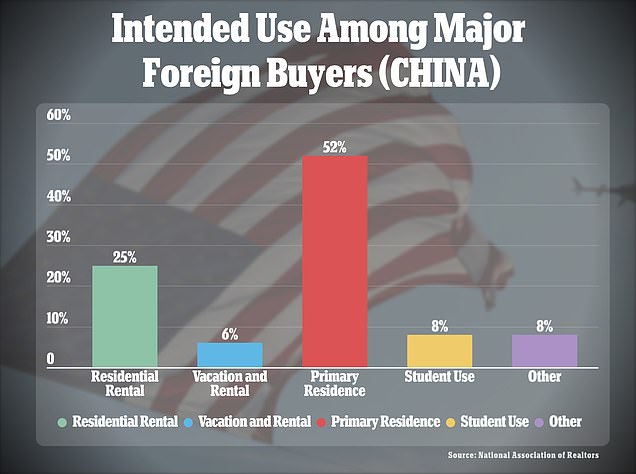 A report from the National Association of Realtors (NAR) that was published in July 2022 found that Florida ranked behind California and New York in terms of popularity among Chinese investors.

The 2022 study found that Florida was most popular with Brazilian, Mexican and Colombian investors. Between 2021 and 2022, the state also saw a rising number of Canadian investors.

At the time, DeSantis, 43, was quoted back then as saying Chinese influence was a ‘huge problem.’ The July study found that Chinese nationals were the largest foreign buyer as US homes in dollars between March 2021 and March 2022. Investors from China bought $6.1 billion worth of American land during that period, up 30 percent.

Roughly one in ten preferred townhouses, with the same figure favoring condominiums. 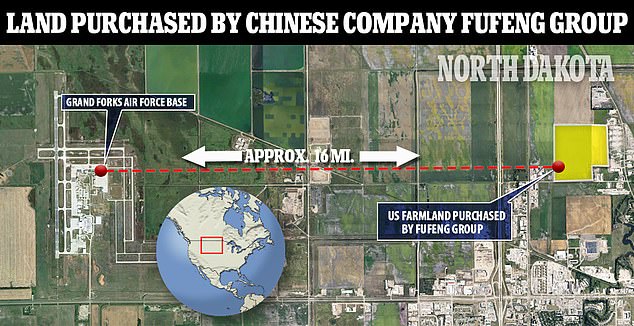 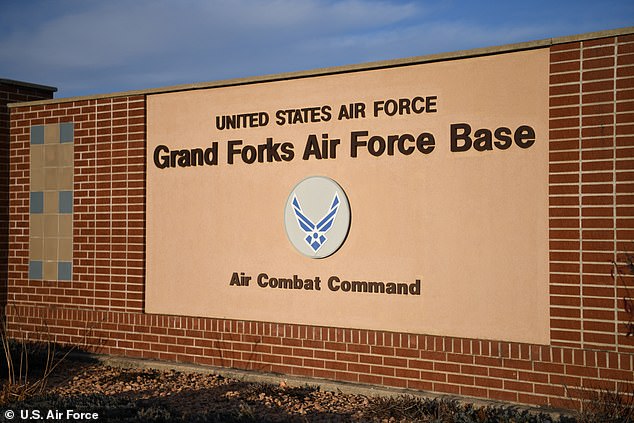 The land the Fufeng Group purchased is 20 minutes, approximately 16 miles, from the Grand Forks Air Force Base

A few months earlier, China-based food producer, Fufeng Group, purchased hundreds of acres of North Dakota farmland mere minutes from a major US Air Force base, prompting national security fears as the communist country adds to its nearly 200,000 acres of US agricultural land worth $1.9 billion.

The company plans to build a corn-milling plant on its newly acquired 300 acres of land in Grand Forks, just 20 minutes down the road from the Grand Forks Air Force Base, where some of the nation’s most sensitive drone technology is based.