A $100,000 government investment in a weight loss program for dogs has been ridiculed as ‘fake news’ by social media users.

The Queensland state government unveiled on Tuesday that Cairns-based company K9 Weight Challenge would receive the funding to develop an app that would help owners manage their dog’s weight.

The funding was part of the latest round of grants worth $8.3million handed out to small business start-ups.

Queensland’s state government has  drawn criticism on social media for a new $100,000 investment in a dog weight loss programme

K9 Weight Challenge CEO Charlotte Williamson said the funding would help funnel more overweight dogs into their programs, but social media users expressed both shock and ridicule at the decision.

The announcement was met with fury online, with hundreds of social media users blasting the government for the ‘appalling’ use of taxpayer funds.

One user asked: ‘Is this fake news?’ 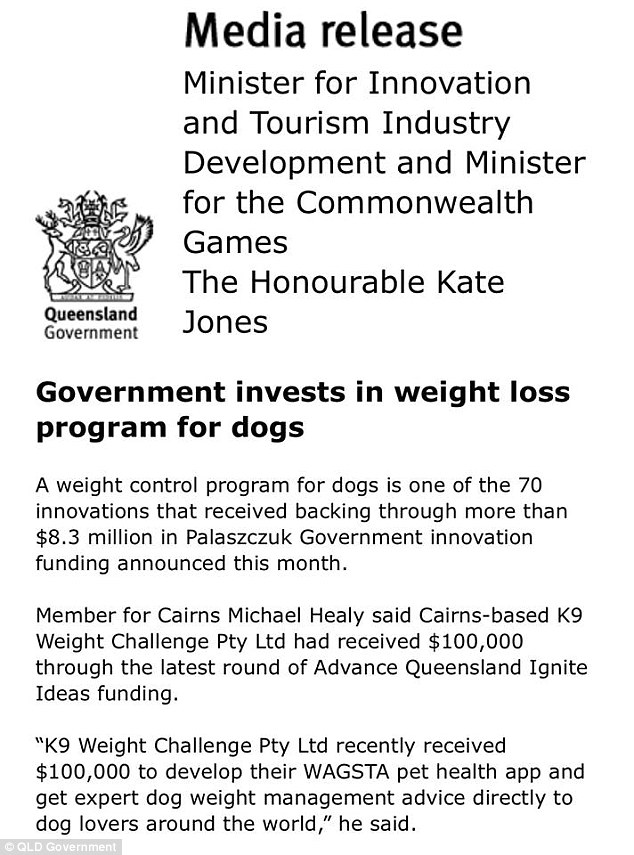 In a media release, the government said the funding would go toward developing a pet health app so dog owners could receive expert dog weight management advice 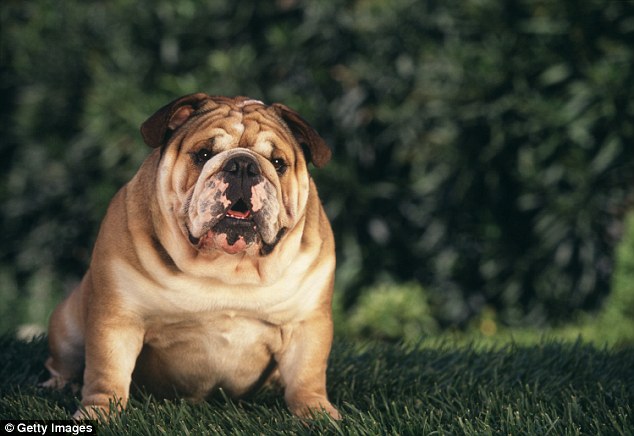 Another said: ‘Hope this is fake news. If not, appalled.’

Others expressed disdain that the money was not being used for more pressing causes.

One user asked: ‘How many bales of hay would that buy for drought relief?’

But social media users mocked the announcement, with some questioning whether it was a wind-up

Another added: ‘Hell no. What about housing, health, education, drought, Great Barrier Reef, child protection – all these desperately need funds. Not dogs.’

Some tried to defend the proposal, with one user saying that ‘governments give out money for projects like this all the time’ and that the app ‘will have public health benefits’.

The grant is part of the Queensland Government’s $650million Advance Queensland Initiative.