The equalities watchdog is poised to prosecute the Government and health regulator for permitting the human rights abuse of people with autism and learning disabilities locked up in secure units.

After The Mail on Sunday exposed how people seeking help were being held in solitary confinement for years, violently restrained, pumped full of drugs and fed through hatches, the Equalities and Human Rights Commission asked the Department of Health and Social Care and the Care Quality Commission to explain what it was doing to end such practices.

The deadline for a reply was on Friday. If the EHRC is dissatisfied with the response, it may launch legal action, including a possible judicial review into breaches of human rights legislation.

The threat of prosecution comes as MPs and peers finalise a devastating report that is likely to condemn the Care Quality Commission for providing ‘a shield for abusers and false reassurance for families’.

The report by the Joint Committee on Human Rights, due to be published in September, will recommend the use of paid informers to investigate alleged malpractice – underlining the severity of the abuses.

It will also demand that parents are given more power – including greater legal rights over medical reviews and placements – plus ‘real-time reports’ about any restraint or seclusion. And it is understood the report will call for patients to be placed in smaller secure units closer to their homes.

A spokesman for Rightful Lives – a campaign group set up by families of those detained in secretive units – said: ‘We welcome any action taken to protect the rights and wellbeing of autistic people and people with learning disabilities.

‘The continuous stream of scandals illustrates the need for action from all concerned, especially the Government, is long overdue.’ 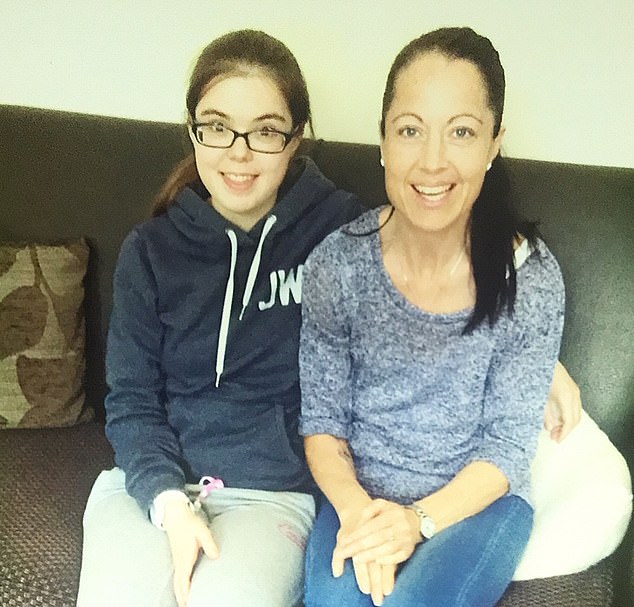 Dannielle Attree was taken to a hospital’s assessment and treatment where doctors told her mother Andrea she would be there for two days, she is still there three years later 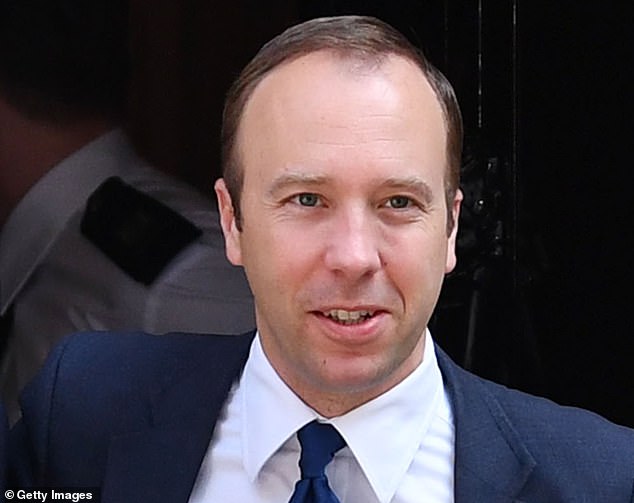 The Department of Health pledged in 2015 to reduce the number of patients to as low as 1,300, but Health Secretary Matt Hancock has since extended the deadline for meeting that target

Since the abuse of people with learning difficulties at the Winterbourne View care home in Gloucestershire was exposed by the BBC in 2011, successive administrations have promised to empty controversial assessment and treatment units.

‘Every day my daughter pleads to come home’

When Dannielle Attree was taken to a hospital’s assessment and treatment unit after swallowing a battery in a failed suicide attempt, her mother was told she would be there for only ‘two to three days’.

Almost three years later, she remains detained and, according to her family, is deeply traumatised by being locked in solitary confinement, left in soiled clothing, forced to sleep on the floor without a mattress and fed through a hatch.

Her family say she has, at times, been so heavily medicated she could barely talk and her weight ballooned to almost 16st.

‘My daughter has been imprisoned, yet prisoners are treated more decently,’ claimed her mother Andrea, 47, from Kent.

‘Every day she pleads to come home. You would not treat animals the way she’s treated.’

Her family attribute her problems to autism, yet it was only last week that she was finally tested for the condition.

After swallowing the battery following the death of her brother and parents’ divorce, she was sectioned shortly before her 19th birthday under mental health laws.

She was eventually taken into the care of a charity called St Andrew’s where, her mother alleges, she was ill-treated before being moved to another unit earlier this year.

‘She has severe mental health trauma, but this would not have happened if she’d been supported early for autism,’ she said.

Last month, inspectors told St Andrew’s its flagship hospital for adolescents in Northampton was ‘unsafe’ and faced closure if conditions did not improve.

A St Andrew’s spokesman said patients were treated with ‘dignity and respect’ and offered the most suitable and least restrictive care environments to meet their clinical needs and risks.

The Department of Health pledged in 2015 to reduce the number of patients to as low as 1,300, but Health Secretary Matt Hancock has since extended the deadline for meeting that target.

Meanwhile, figures released last month showed the number of people with autism or learning difficulties who are locked up has actually risen to 2,270. NHS figures also show there were 770 incidents involving the physical restraint of children in March this year.

In a series of devastating reports, The Mail on Sunday has revealed how those with autism and learning disabilities are shut away in inappropriate units where they are abused, forcibly sedated and put in small, padded cells.

Harrowing accounts revealed how teenagers and young adults had been removed against the wishes of families when they sought help, only to find themselves restrained in secure units and even fed on the floor in solitary confinement. They include the experience of Beth, 17, whose ordeal – during which she was fed through a hatch and became obese due to a combination of drugs and inactivity – sparked a national outcry.

Some families have been silenced by legal gags from speaking out while private firms running the units earn up to £730,000 a year – yet autism is not a mental health illness and incarceration in such places can intensify stresses of such patients.

Our reports led to a series of inquiries. Beth’s father, who is suing the NHS for breaching her human rights, said: ‘People in these institutions need to have their rights met.

‘The CQC’s job is to ensure that they are protected but it has failed terribly.’

A spokesman for the EHRC confirmed it had asked the Department of Health and the CQC for ‘further information about the treatment of patients with learning disabilities or autism in secure inpatient units’. He added: ‘Everyone must have access to good-quality healthcare free from inhumane and degrading treatment.’

The Department of Health said it was reviewing the care of patients in long-term segregation and had convened a group of experts to develop a better model of support for those with the most complex needs. A spokesman said: ‘The NHS Long Term Plan will reduce numbers further by investing in specialist services and community crisis care to reduce avoidable admissions and enable shorter lengths of stay.’

The CQC said it had responded to the EHRC’s request for ‘assurances and further information regarding the regulation of in-patient units for people with a learning disability or autism’ and would continue to work closely with the watchdog ‘as we seek to improve the lives of all people using services’.